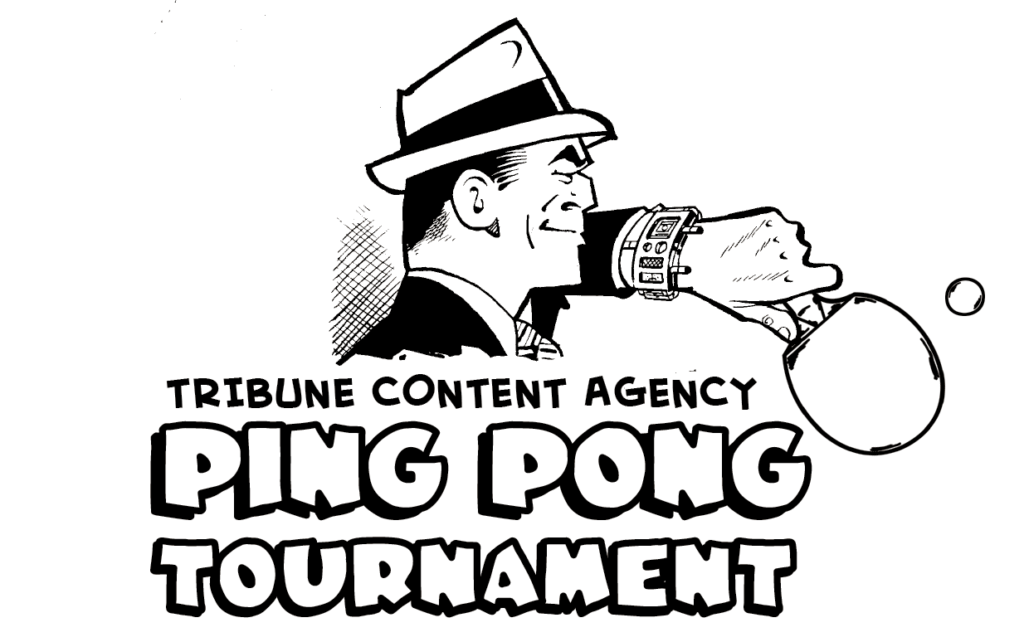 Yesterday for work, I made a fun ping pong bracket with Dick Tracy holding a ping pong paddle. One of my friends suggested that all the participants sign up as Dick Tracy rogues. What a great idea!

To determine our bracket location, each person was going to simply draw numbers out of a hat. But to spice it up a bit, I assigned each bracket location its own Dick Tracy rogue character. 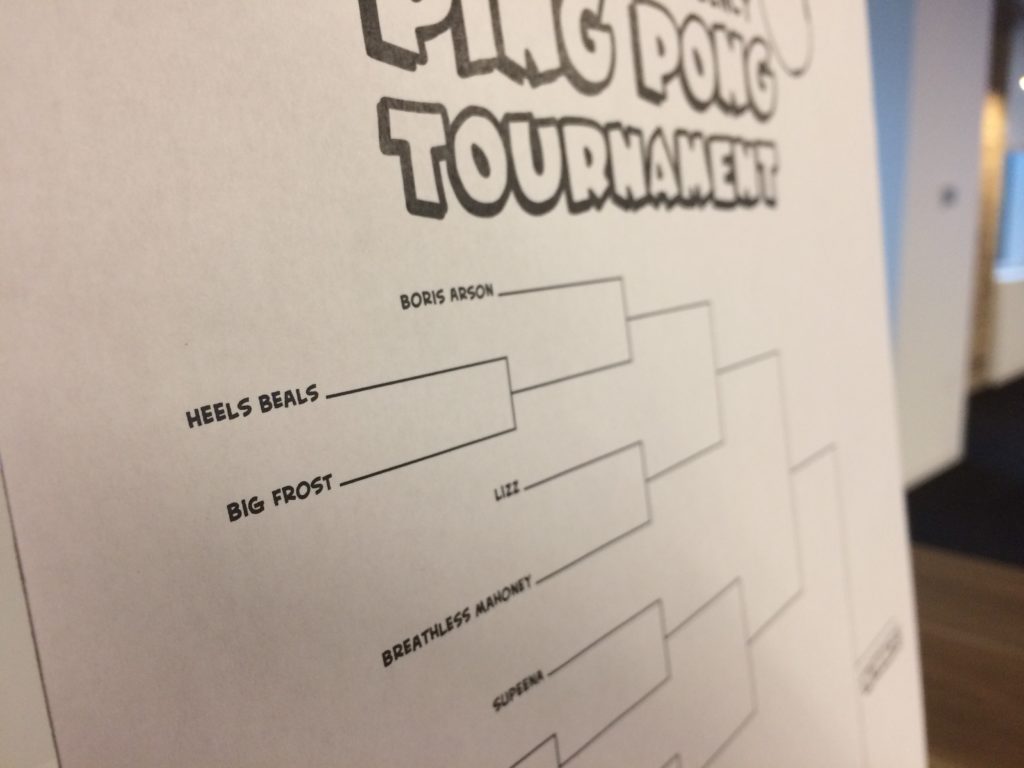 We have 20 people in our ping pong tournament, so I needed 20 rogues. Our files had about ten in high-res scans. But what about the other ten? How will I pick?

324 villains are listed on the Dick Tracy villains Wikipedia page. God bless you, Wikipedia. Three-hundred and twenty-four. How will I possibly pick just twenty?

Here’s how it looks in a Google sheet: 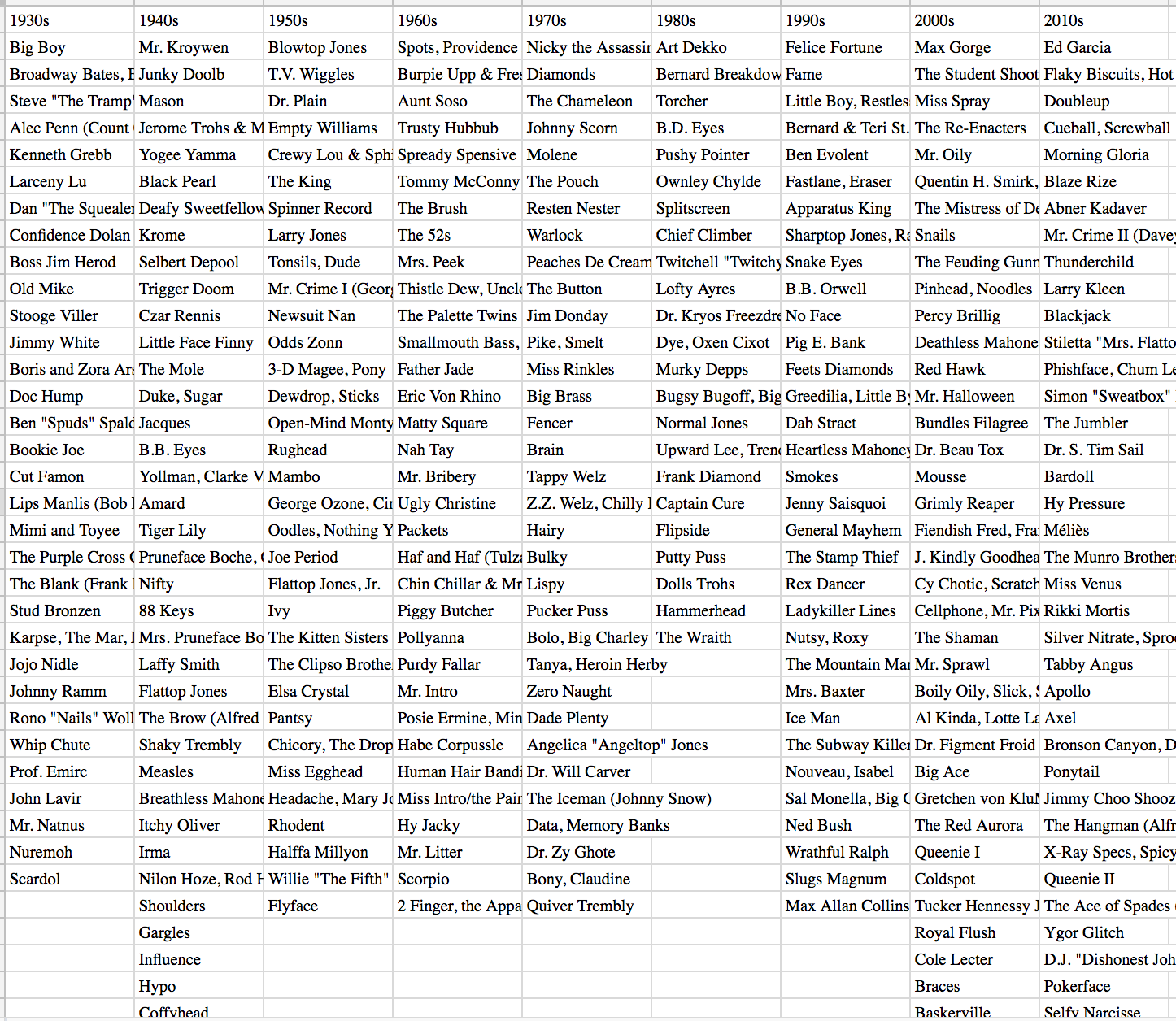 Thankfully, Google led me to a blog post where someone scanned in a bunch of pages from a Dick Tracy book containing visuals of 200 Dick Tracy rogues from 1931 to 1977. These looked totally familiar to me. We must have these images on file somewhere. But since this blogger Mike Lynch already posted digital files of the pages, I printed those out as my reference. 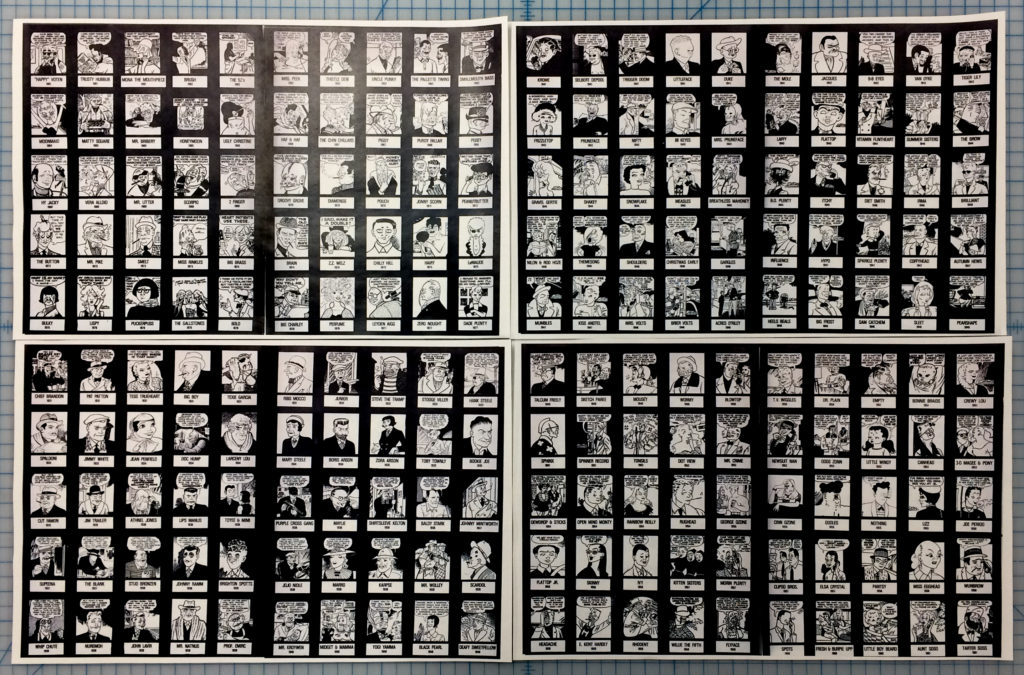 Just the sheer volume of villains is amazing. 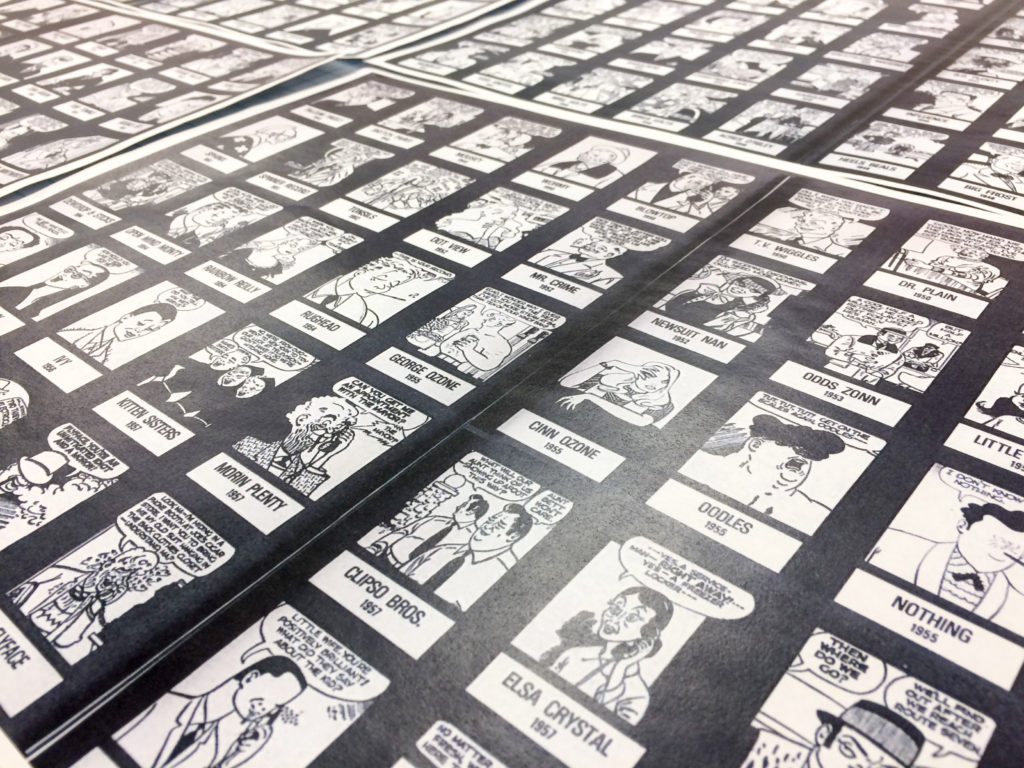 Trimming them out took a bit longer than I expected. But there are 200, so that kinda makes sense that it would be a little bit of work. 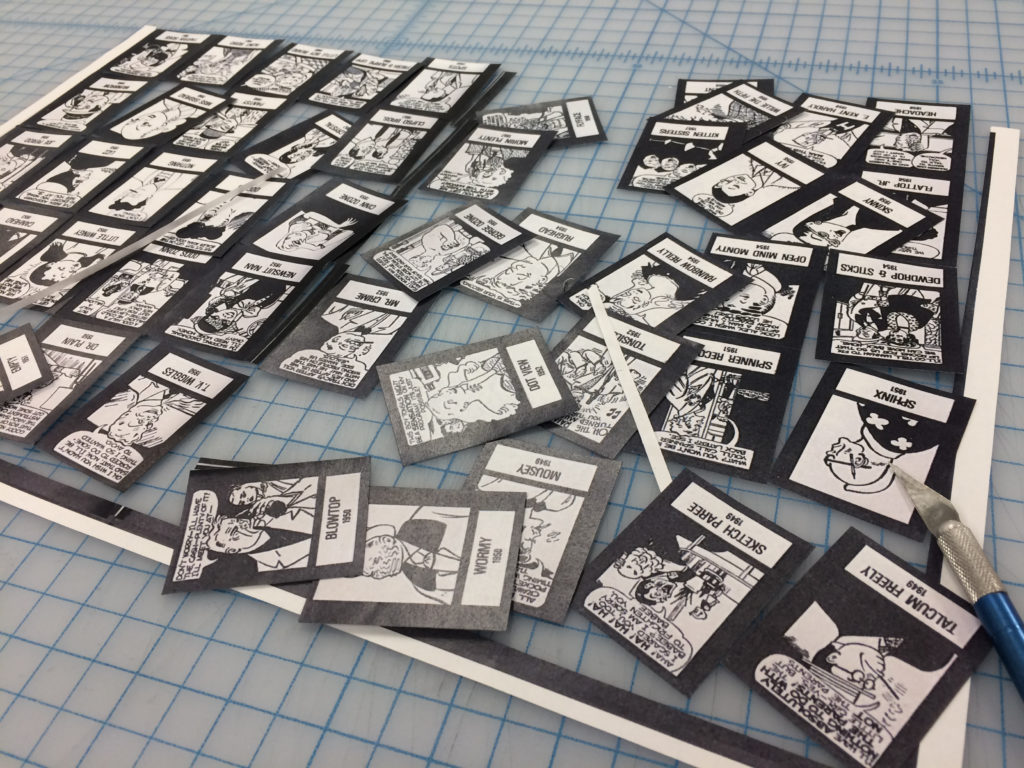 Then finally, I had my stack of 200 Dick Tracy villains. Each on their own little mini-card. This will make sorting through them a bunch easier.

At first I sorted them into three piles.

Dick Tracy is LOADED with villains like Pruneface. Take Haf-and-Haf as an example. The description from our character guide:

A freak whose face was burned by acid during an accident with hazardous materials while he was driving a truck. After the accident, he becomes part of a circus freak show with his wife Dolly. As a circus performer, Haf-and-Haf trains crows to steal handbags from the audience. Taking advantage of his two-sided face, he escapes capture by Tracy. The Haf-and-Haf storyline brings the Air Car and the Space Coupe to the strip as Tracy zooms from place to place in pursuit of the two-faced man. 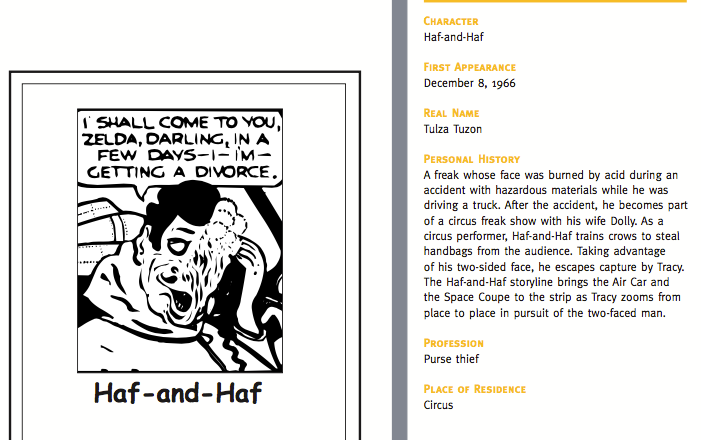 Yipes. Haf-and-Haf is gone-and-gone from our list. He immediately goes into the “No way, Jose” pile. 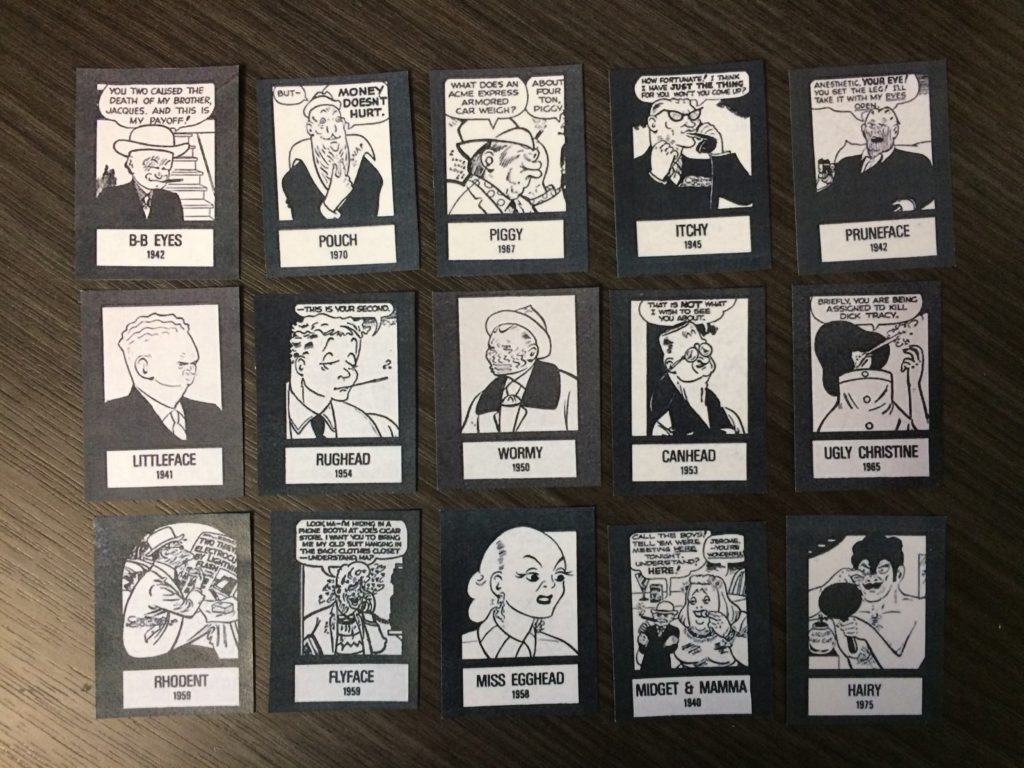 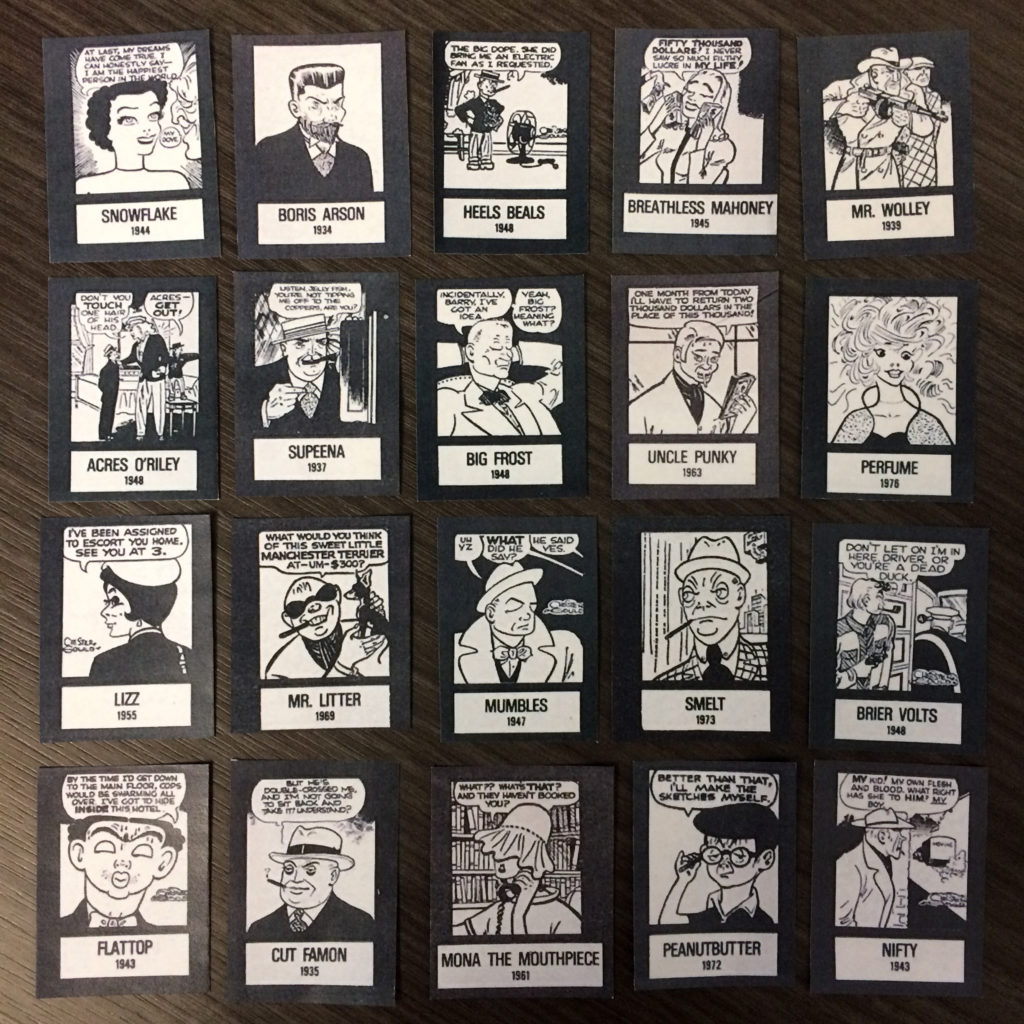 At the end of the day, we had a little selection party. The idea was a total hit. People loved picking characters out of a hat—literally a Dick Tracy hat. We used the ceramic hat from our Dick Tracy cookie jar! 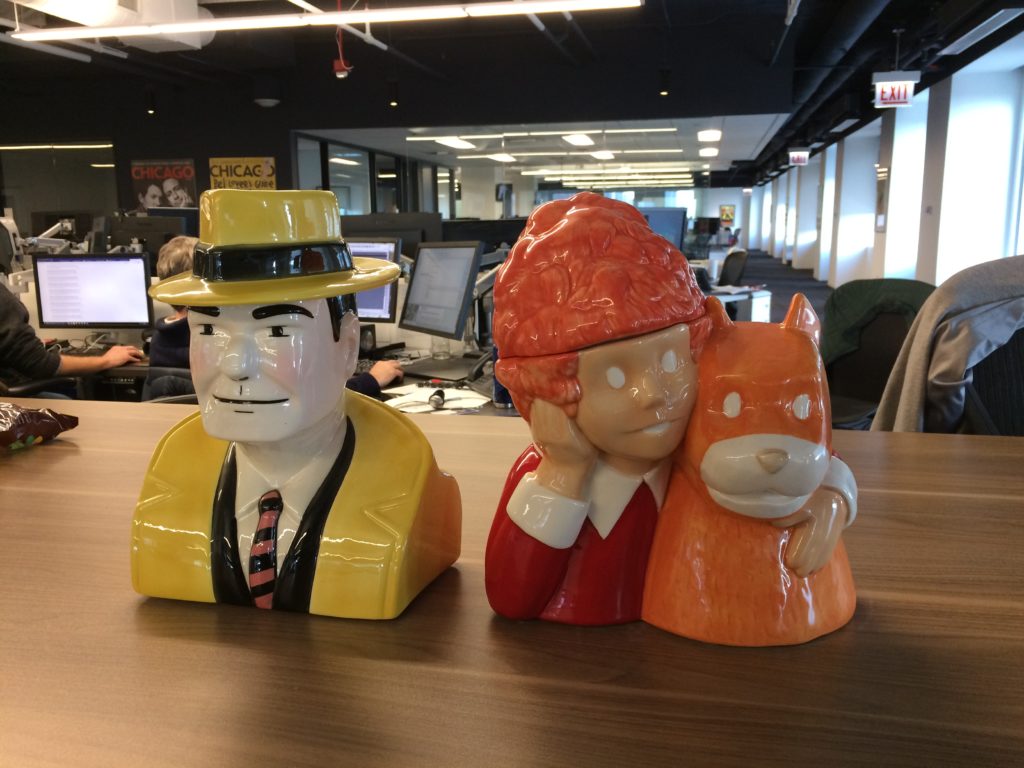 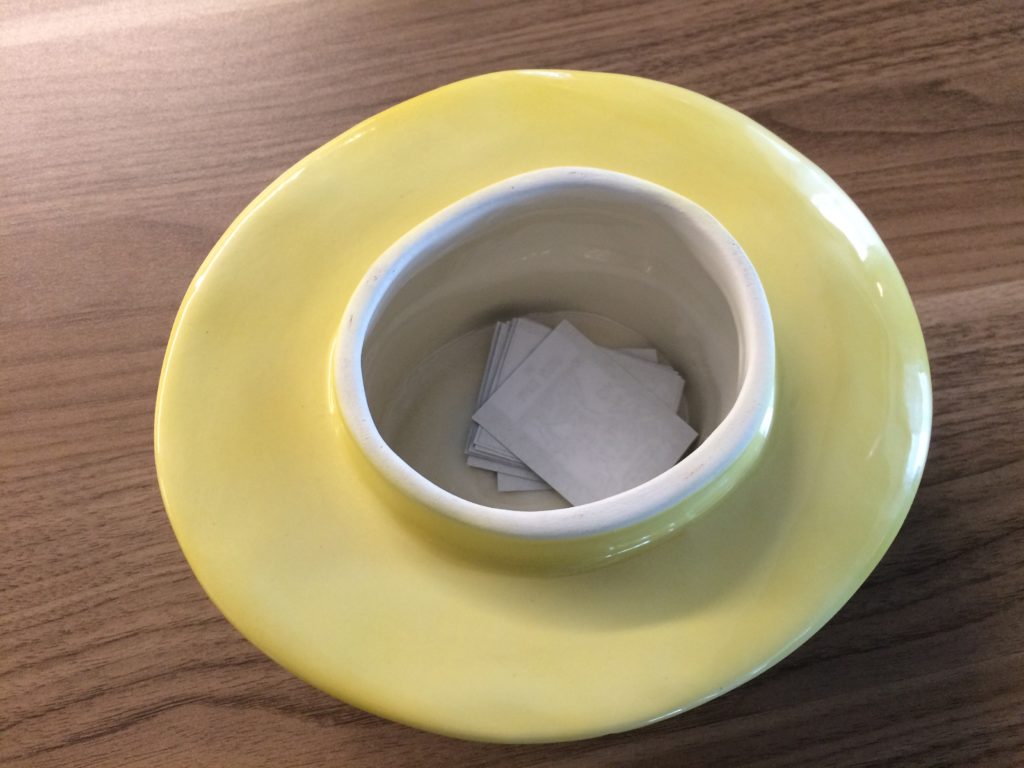 I wound up getting Supeena. 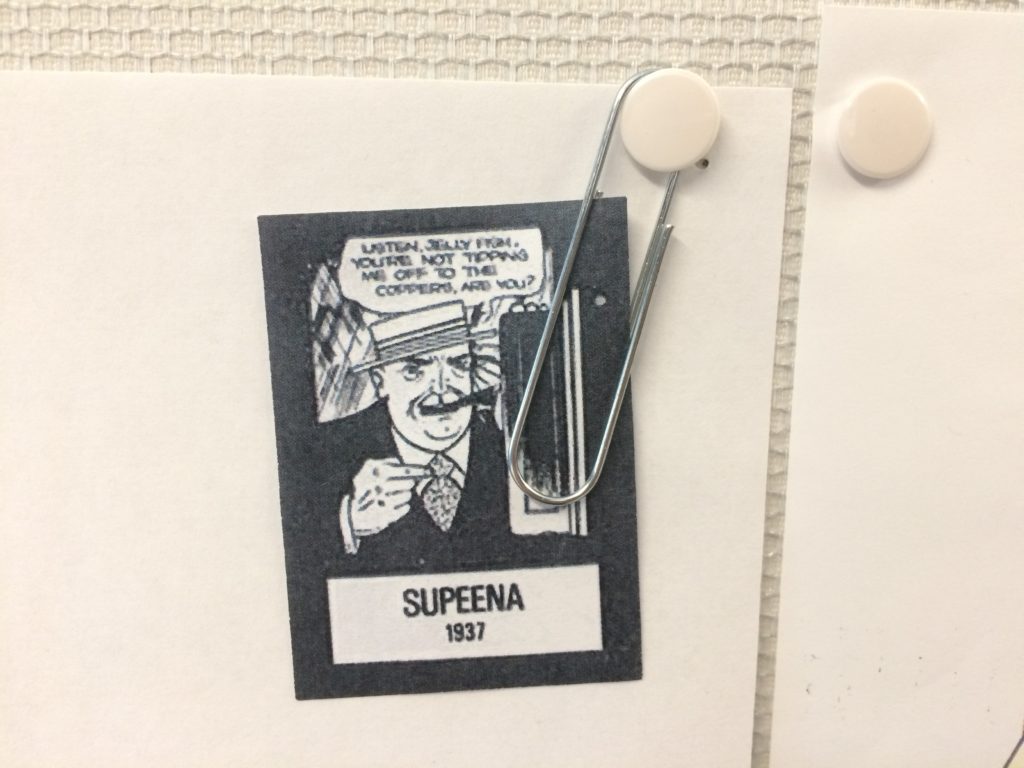 Danny Supeena was an attorney with amoral tendencies who specialized in insurance fraud. He had a number of criminal associates. He was a heavyset man with light hair and a moustache.

Supeena had a crime partner, Johnny Mintworth, who was supposed to fake a suicide to collect on life insurance. But Mintworth turned on Supeena, and went to Dick Tracy.

He was ultimately caught in a theater projectionist booth. Dick Tracy was able to shoot him in the dark using “tracer” bullets. Supeena was shot in the arm, and soon died of gangrene, unable to sign the confession to his crimes.

Maybe some of my other co-workers will look up the history of their rogue character! A little curiosity to help us educate ourselves on some of the lesser-known Dick Tracy villains.