An annual tradition my wife and I partake every year since we first started dating is to watch the Oscar nominees for “Best Animated Short Film” at the Century Theatre in Chicago. Each film usually ranges from five minutes to 20 minutes. You can watch the trailers on the Oscars website.

Every year the Oscars selects a diverse range of animated films–both in style and in the storyline. This year proved to be another great crop of films.

My favorites in order, starting with the best. The text in italics is the LA Times short description for each film. 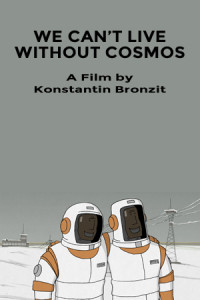 Two Russian cosmonauts compete against other cosmonaut pairs to be the best team to go to outer space. The featured pair are enjoyable as they not only excel, but like to have fun. The tale takes a sad twist with one of my favorite poetic moments when the the stars fall from the sky like snow. 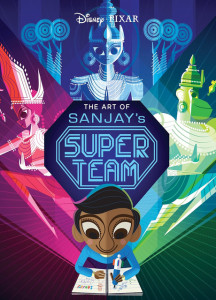 As a soon father-to-be, I really enjoyed seeing this father and son interaction. Extremely colorful. This animation makes an interesting connection between superheros and Indian religious gods. 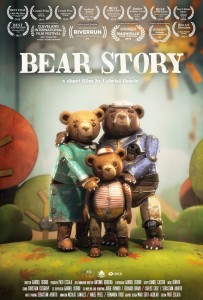 Bear Story (winner)
a beautifully rendered tale of a Papa Bear longing to be reunited with his family, told as a presentation in a mechanical diorama

Amazing animatronics guide this cute tale. The sheer number of layers of vignettes throughout this animation is mind-blowing. The sheer tehnical feat of this film almost makes me want to put this as my favorite, but the story seemed almost too canned–at least compared to the unique storylines of the first two films.

However, my opinion on the storyline might change. The award winner’s speech upon accepting the Oscars explained how his grandfather had been wrongly imprisoned by the Chilean dictator Augusto Pinochet. His regime destroyed many families in Chile. The directory said the story was inspired his grandfather’s imprisonment.

Plus, it’s really cool how this is the first Oscar given to people from Chile. 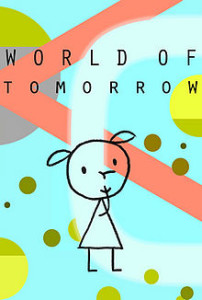 World of Tomorrow
A woman facing the end of the world retrieves her great grandmother as a toddler.

I’m not really sure where to place this film. The style is so different. The concepts so sci-fi, I almost want to place it at first. My mind wants to place this in first, but my heart places it lower. The other three films are really good at the emotions. 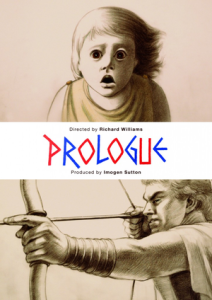 So graphic, I’m trying to wipe it from my memory. This short film is so disgusting, that before the short films started, a movie theatre representative walked in front of the theatre and warned people that this film would not be appropriate for children; and it would be shown last. I wish I walked out before they showed this film.

I would love to have a DVD for every year’s roster of nominations. I know that’s not feasible with distribution rights. But it would be so cool to pop in a DVD and watch a particular year’s nominations.