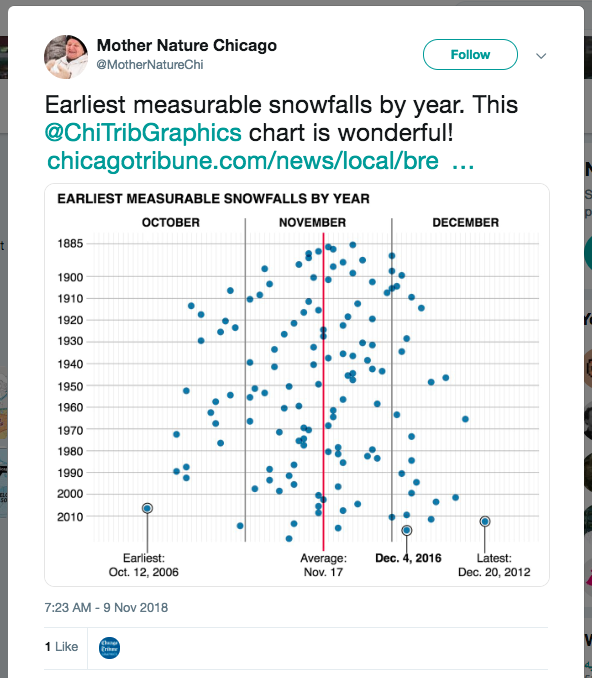 This year, on November 11th, the snow as a tad early.

I woke up a bit surprised to see snow on the ground. I put on my snow boots and my daughter’s shoes. Our wooden back porch was covered in snow, since my daughter didn’t have her snow boots on, I carried her outside. I leaned over so she could touch the snow on the railings. We love snow!

As we stepped off our porch, SURPRISE! There was no snow on our brick patio and driveway. Nothing to shovel. Hooray! 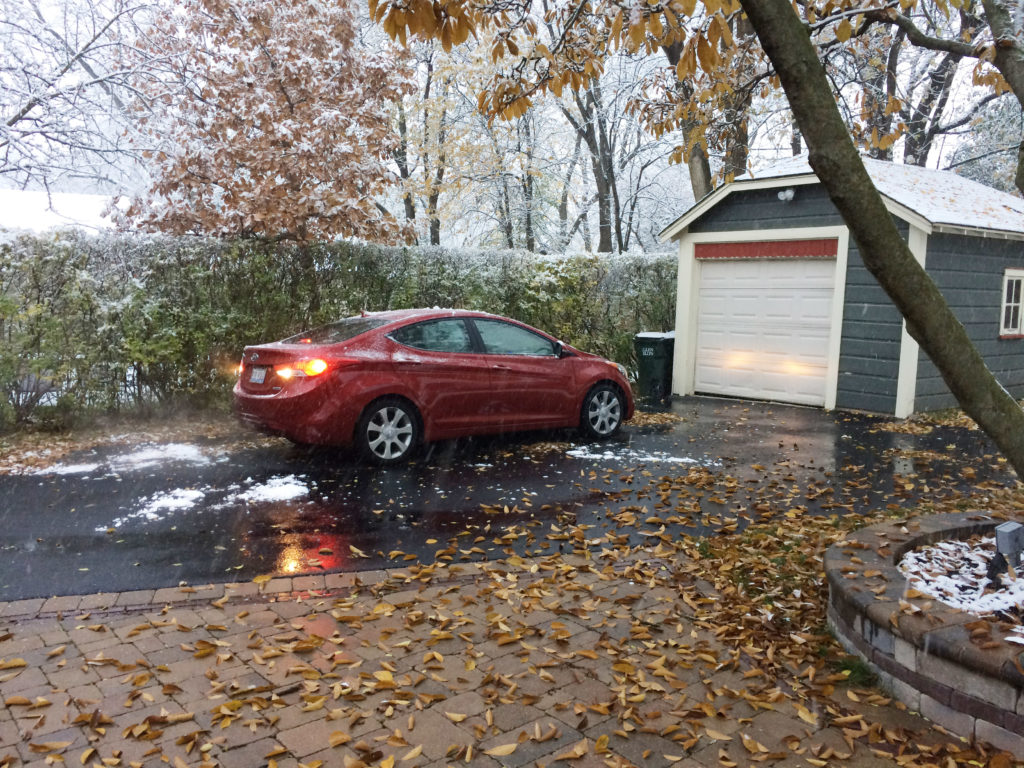 And there was nothing on the sidewalks to shovel. What a nice walk to the train station with clean sidewalks the whole way. Walking along, I looked down at the sidewalks admiring how clean they are.

When snow arrives early in the season, the sidewalks are self-shoveling! The concrete retains enough autumnal heat. What a beautiful material concrete is! 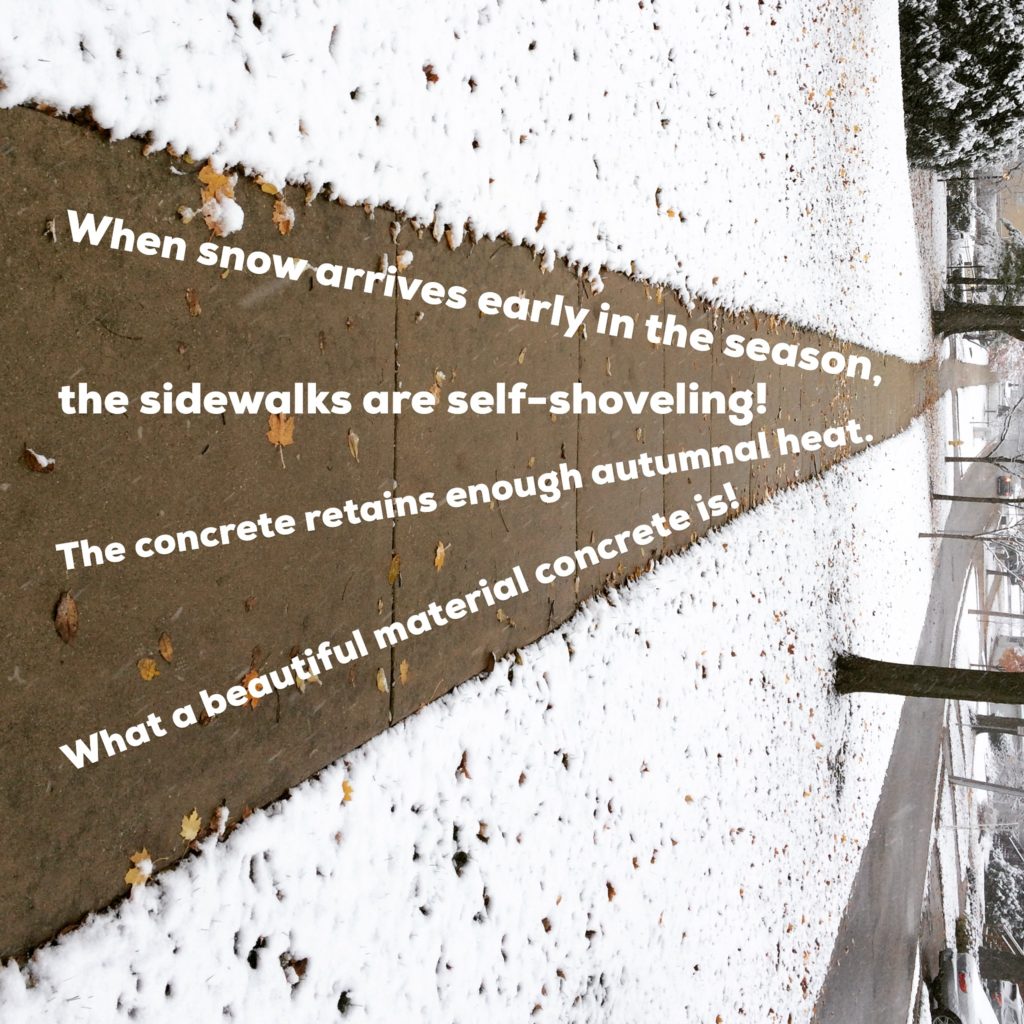 Once I was downtown, I was curious what the Chicago Bean looked like in the first snow. Does it have snow collecting on it? I’ll capture a photo of this season’s first snow on the Bean!

The Bean is a magnet for tourists, but at 8:15am, there aren’t many people around. Just a couple people. With the sound-absorbing snow in the air, the area seemed even more eerily quiet. No snow sat on the Bean. All of it melted. 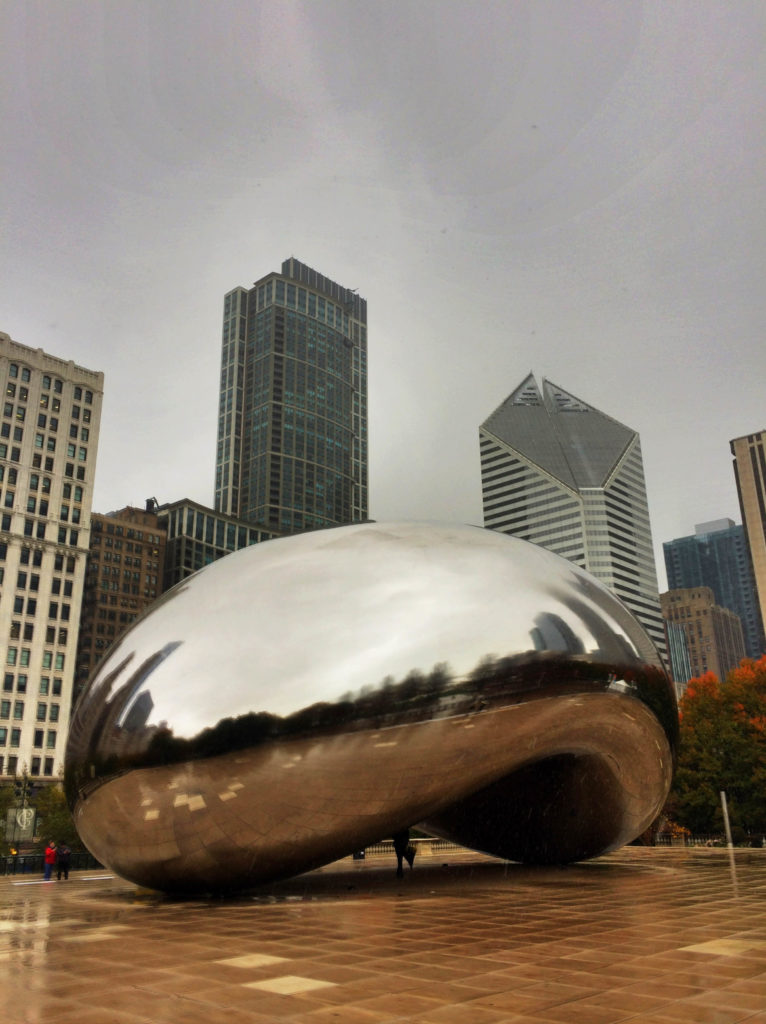 Apparently, the same warm sidewalk logic applies to the Bean. Even though it’s made of metal, it must somehow stay warm enough for the snow to melt. 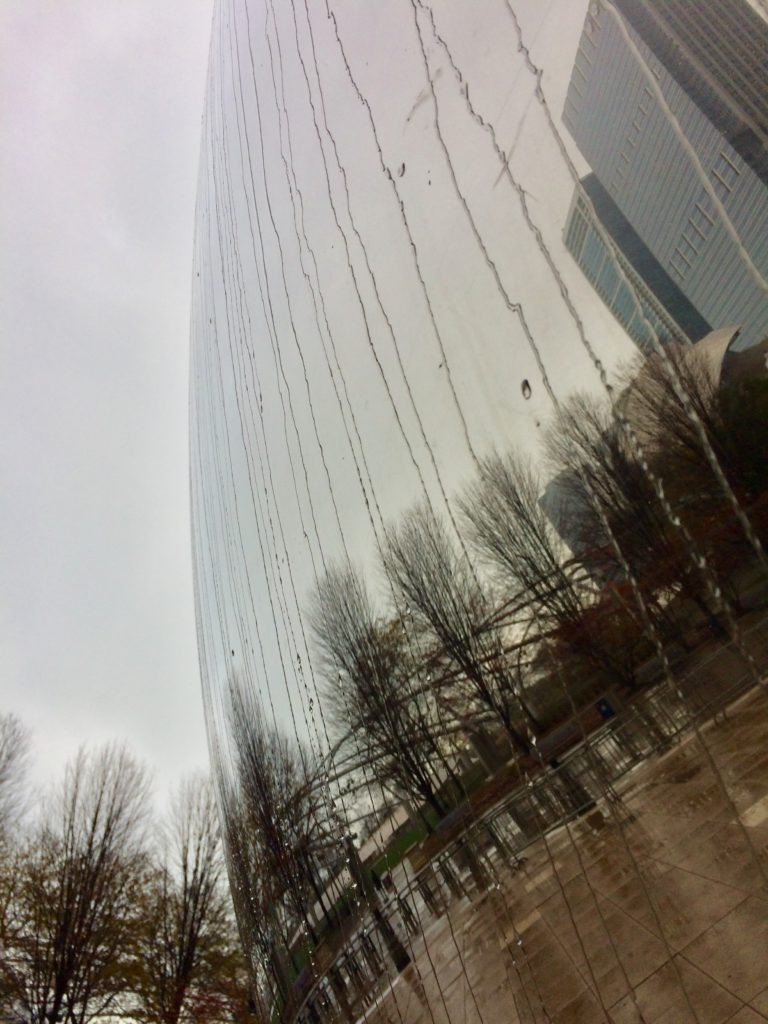 Inside at work, the Digital News Editor, @mottom, tweeted a video of the snowfall from a Chicago Tribune office window. 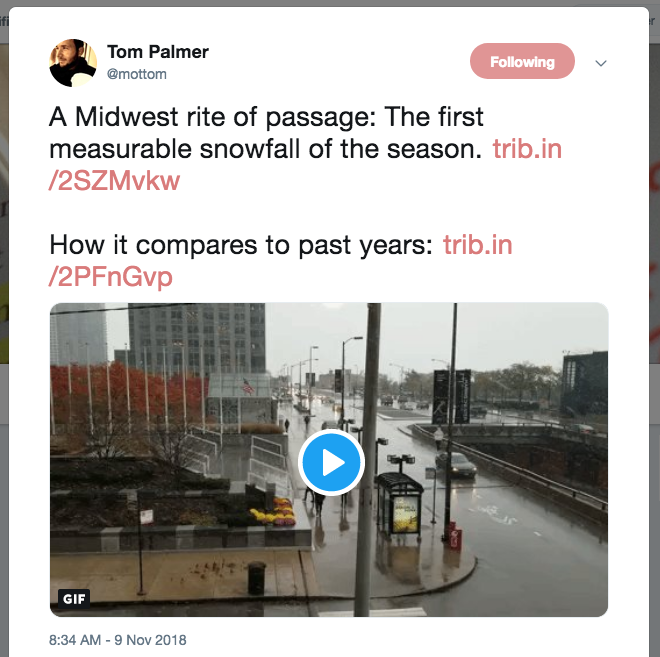 This view on the 3rd is almost exactly like the view from my desk on the 4th floor! I tried taking a couple photos and videos, but I couldn’t capture the falling snow. But then I tried a few 30-second exposures using the Slow Shutter iOS app. That longer exposure was able to capture the snow. Then I stitched the three exposures into an animated GIF: 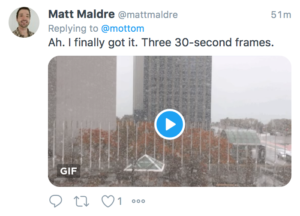 The end result makes it feel a bit more like a winter storm than what it actually is. But at least you can see the snow. And yes, the trees are still orange!