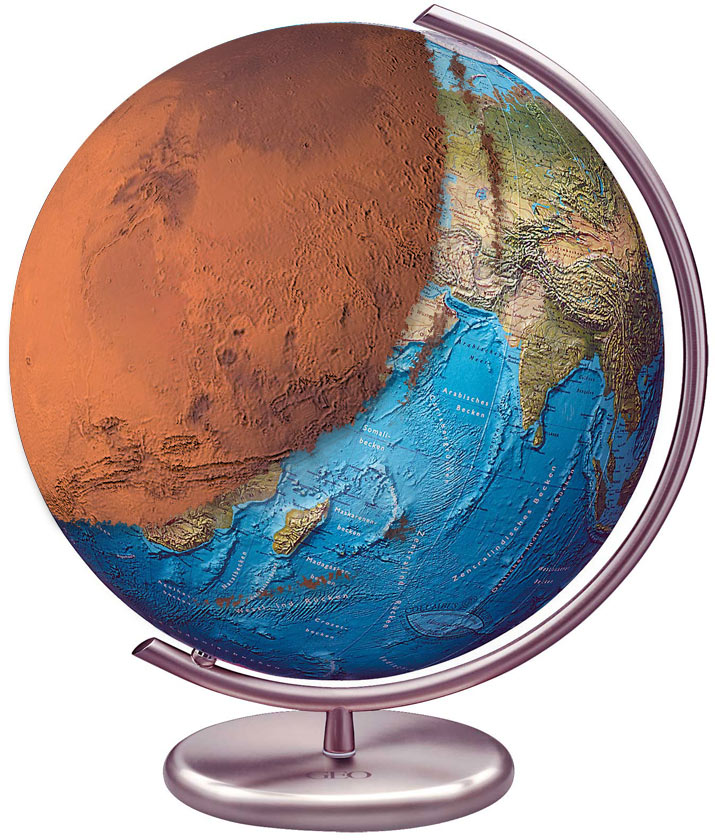 What if we took another planet’s surface and grafted it onto part of Earth’s? Mars would make quite an impact. It would be like dunking the Earth in some powered chocolate. We’d have a ton more iron. I’d imagine with all the Mars covering up our oceans, that Earth would get warm very fast. Or wait. Would Earth get really cold, because the sun’s heat wouldn’t be absorbed by the Martian surface.

If we wanted a surface that was more natural, we could use Naboo (home to Princess Padm√© Amidala, Emperor Palpatine, and Jar Jar Binks). Alderaan would be a good choice before the Death Star blew it up (home of Princess Leia).

What planet's surface would you like to see grafted onto earth's?

I’m glad half our planet doesn’t look like Mars. Sorry, Mars. No offense.

Jupiter would be pretty cool.