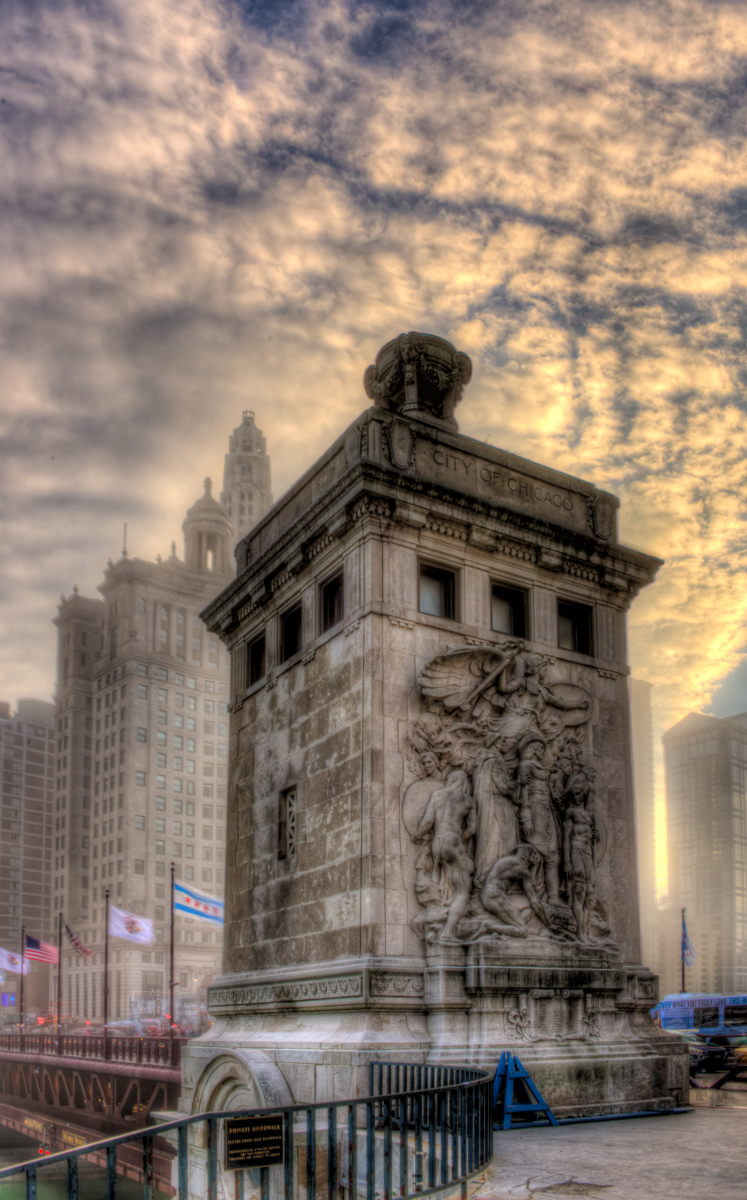 A fog crawls over the Chicago River. Fog can create amazing scenes. Get close enough to the subject, and it really pops as the background is covered in a blanket of fog. Couple that with a warm sunrise, and you have a magical photo.
The flags fly briskly on the Michigan Avenue Bridge (officially DuSable Bridge). The rhythm of the alternating American flag, Illinois state flag, and Chicago city flag makes a nice line up to the bridge tower. The relief on the northeast bridge tower is by James Earle Fraser. Named “Discoverers” Underneath the relief is inscribed:

The Discoverers – Jolliet, Father Marquette, La Salle, and Tonti will live in American history as fearless explorers who made their way through the Great Lakes and across this watershed to the Mississippi in the late seventeenth century and typify the spirit of brave adventure which has always been firmly planted in the character of the middle west.
Presented to the city by William Wrigley Jr., 1928. 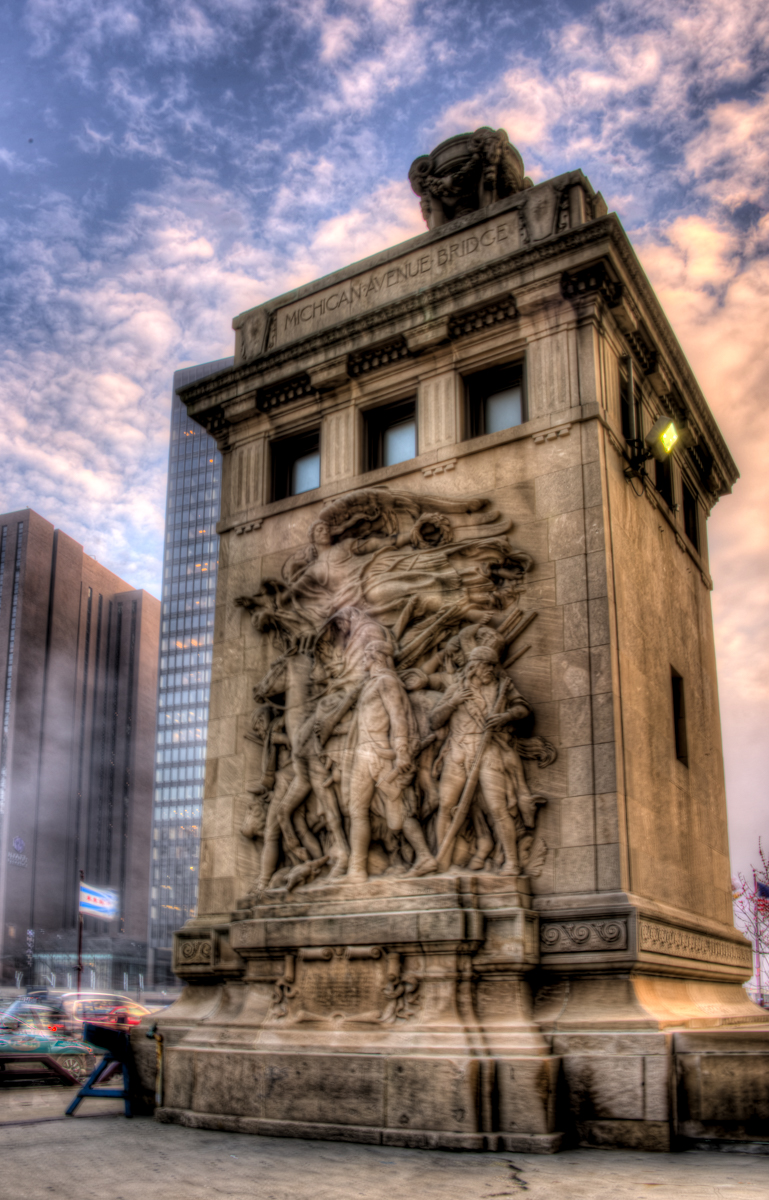 The fog is not as apparent in this photo of the northwest bridgetower as in the northeast bridgetower photo, but the colors pop much more. This particular bridgetower features a relief called “Pioneers” by James Earl Fraser. The inscription under the relief says:

The Pioneers – John Kinzie, fur trader, settled near this spot in the early years of the nineteenth century. One of a band of courageous pioneers – who with their lives at stake – struggled through the wilderness, breaking soil for the seeds of a future civilization.
Presented to the city by William Wrigley Jr., 1928.