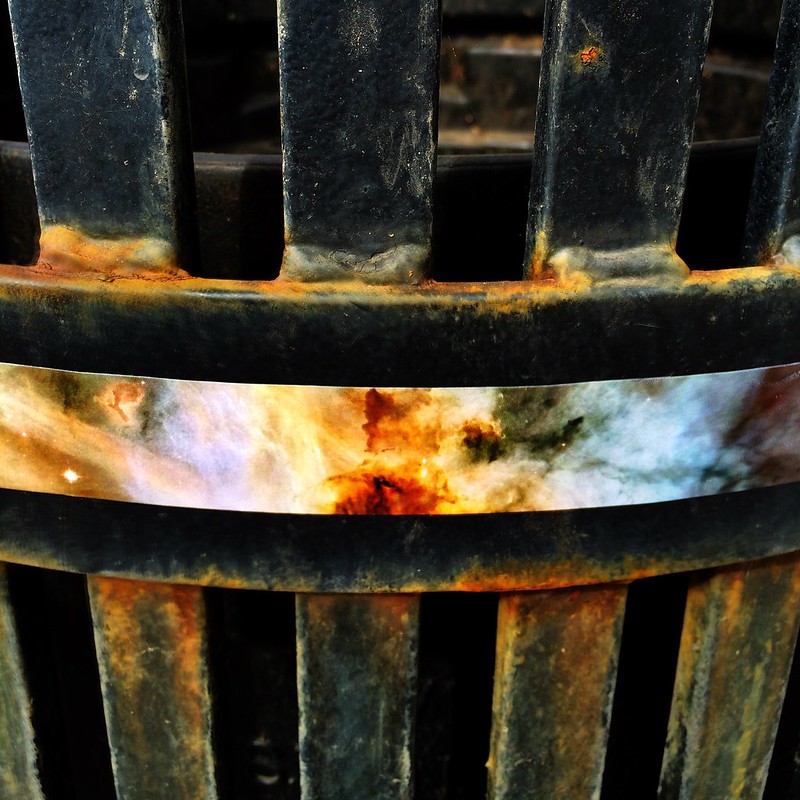 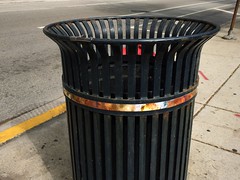 The textures of the nebulas play very nicely with the urban textures. The rust texture on a garbage can looks just like a nebula cloud. What is so large in outer space is mimic’ed on something so small as a humble garbage can planet Earth.

I take NASA photos of nebulas, print them out onto strips, and wrap them around public objects. I’m also considering how to leverage the popularity of Mars, Pluto, and the Moon. Water being discovered on Mars, all 8,400 high-res Apollo’s photos are now on Flickr, the Supermoon eclipse, and New Horizons flying by Pluto sending back incredible photos.

We are truly in a time where space is in the news. These two planets and moon are very much being talked about. Yes, I’m counting Pluto as a planet, deal with it. I venture to say most everyone loves the underdog Pluto so much that they would consider it a planet too. And that very care is what I’d like to leverage in this Star Wraps series.

People don’t really care as much about nebulas. Sure, they are super pretty. But where in the world are they? They are this vague “out there” thing that we can’t get our arms around. But that might be why they are so fascinating to work with. The Star Wraps series takes something so immensely huge and non-understandable, and truly brings it down to Earth. So much to Earth that these mystic nebulas are placed against the very textures we are familiar with on a daily level.

In fact, these textures are so everyday, that we pass them by without a notice. By using celestial nebulas I hope to call out the beauty of the textures that surround us.

Last night I looked through a ton of moon rock photos. Their flat shades of gray are so inspiring. I do have plans on doing something with those photos–not sure if they will be a wrap or some other form.

I was pretty sure that was a garbage can that you put the Star Wrap around. You really do draw out the beauty in something mundane… (and I’m trying to get over the fact that you touched this trash can to position the public art ;))