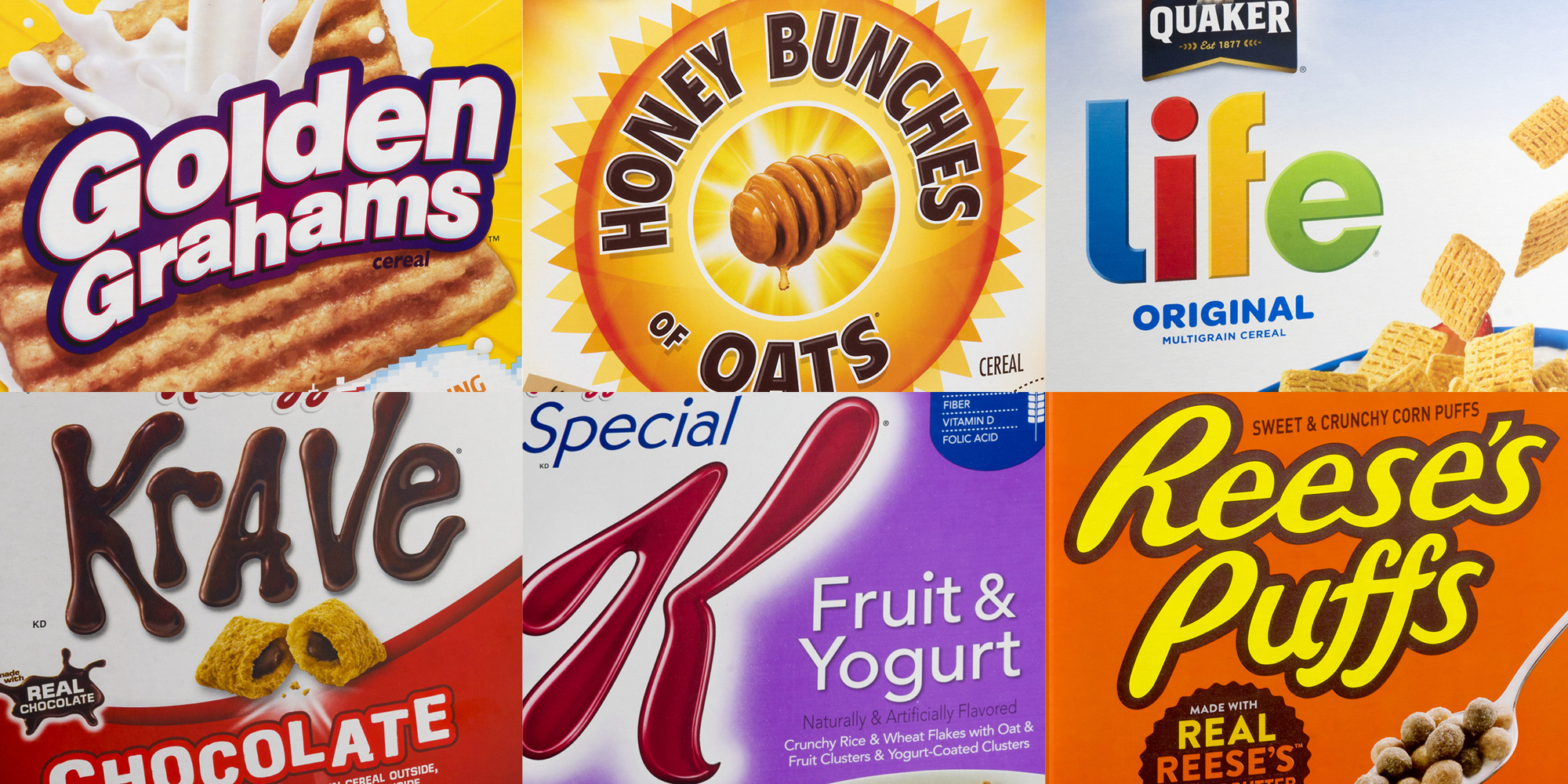 Cereal, cereal, cereal. The standard quick meal not only for breakfast, but for any time of day! National Cereal Day was last week. Yeah, I’ve been too busy eating cereal throughout the day to really remember about this esteemed national holiday.

In belated honor of National Cereal Day, here are my six favorite cereals, in no particular order. (Thanks to the inspiration of my cousin’s blog post who originally wrote about his favorite cereals)

Reese’s Puffs
After eating these, your milk becomes chocolate milk! Chocolate. Anything chocolate will win me over. Plus, the brand. C’mon. Reese’s chocolate in cereal form?! Open mouth, insert Reese’s Puffs Cereal.

Special K Fruit & Yogurt
Makes me feel healthy. The strawberry version is good, but the little yogurt nuggets are especially good. Their shape is a bit like Nerds candy.

Krave Multigrain Chocolate
Probably the number one cereal that I can eat straight out of the box. The little bitty piece of chocolate buried inside each piece is like a gentle chocolate surprise.

Life
Call me a dweeb-a-maximus-cereal-dorkus for putting Life on my favorite cereal list. But for such a standard cereal, this is actually good.

Honey Bunches of Oats
Mostly because there’s always a deal on these.

Golden Grahams Cereal
Better than Cinnamon Toast Crunch, because these aren’t as messy. Because honestly, 50% of the time anyone eats cereal, it’s not with a spoon and bowl. You are fishing that cereal straight out of the box with your bare hands into your hungry–I’ll eat anything–mouth.

On the flip side of the spoon, there are cereals that I could do without.

I love the marshmallows in Lucky Charms and my peanut butter cereal is Cap’n Crunch. Other favorites include Kaboom, Quisp, Special K Red Berries (for the freeze dried berries), and Cocoa Krispies (what I considered graduating from Cocoa Puffs.

Honey Bunches of Oats is one of my favorites. Whenever I wish I could eat cereal, this is the one I miss.

I don’t get along well with milk, and intermittent fasting so I don’t eat breakfast anymore either.