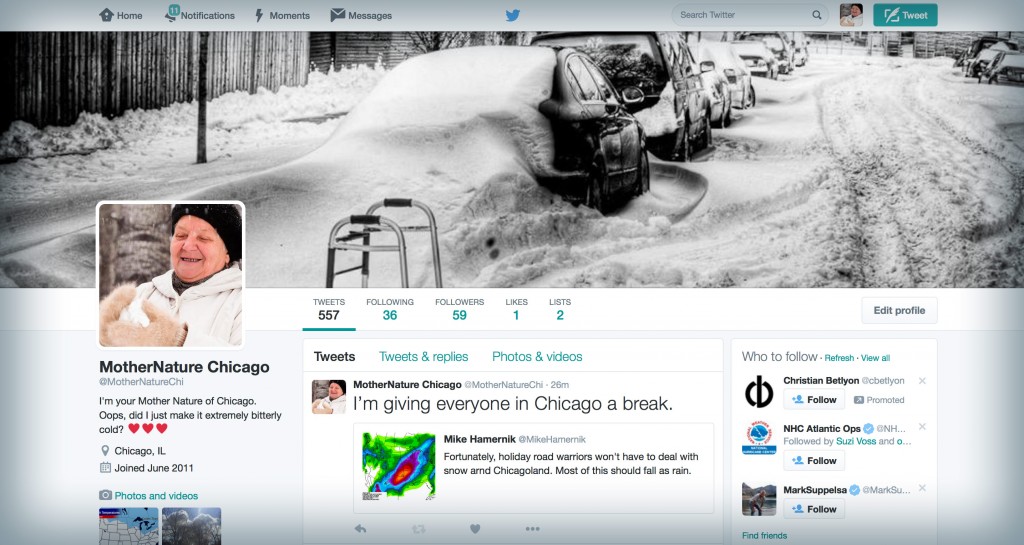 How do you check the weather?

I normally ask Siri what the weather will be for the day. While that is the most direct route, it’s not the most fun. 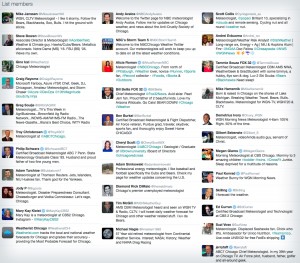 Yes. I am Chicago’s Mother Nature on twitter. #bigreveal

The voice behind @mothernaturechi is a combination of nice, yet tough mom. She full supports cold weather and doesn’t have much patience for people complaining about the weather.

Maybe you’ll follow @mothernaturechi for some of her fun antics and commentary about Chicago’s weather. Here’s a couple example of the tweets that she makes:

Just make sure you wipe your feet off first. RT @ourmaninchicago: The temperature today is Climb Inside A Tauntaun.

When the roads are covered in salt, I like to imagine they are one giant pretzel.

Too bad I ran out of lightning bolt attacks. RT @paulkonrad: Will Ferrell and Zach Galifianakis coming up now on WGN-TV