Artist sketch cards are so much fun to collect. Tiny little sketches done on 3.5-inch by 2.5-inch cards. Search “ACEO” on eBay. ACEO stands for Artists Cards Editions and Originals. You’ll find thousands of such cards.

Usually these forms of art are quite affordable, compared to larger art. The prices will run anywhere from $1 for a common card to $300 for a Bridget Voth (the top-selling ACEO artist on eBay). Of the 3,800 recently sold auctions on eBay, the median sold price is $6.50.

Top trading card brands like Topps have gotten into the ACEO market. Instead of using a confusing acronym, Topps calls them “sketch cards“. Since each card is unique, this gives collectors a rare collector’s item.

The prices are a bit higher, but these are official cards. Of the 4,000 sold auctions for Topps sketch cards, the median sold price is $30

ACEO or sketch cards from the Art World?

How about the art market? Does the Art World sell sketch cards or ACEO? Not quite, but looking through Christie’s past auctions, a few items came up that are sketches on a smaller scale. But the price is much, much higher. 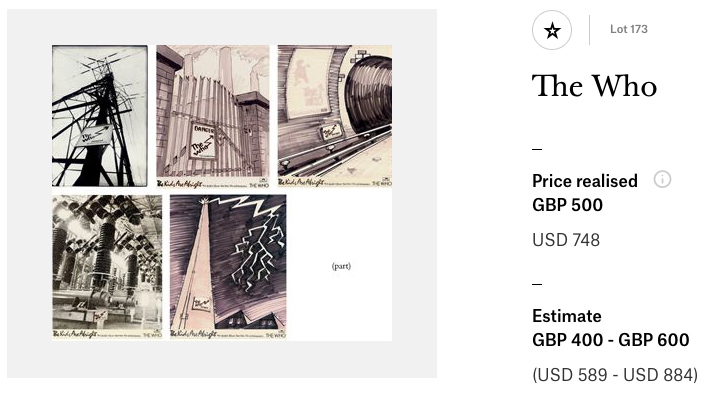 A set of six design boards showing unused ideas for the cover artwork for the album The Who The Kids Are Alright The Double Album From Their Film Autobiography, Polydor Records, 1979; four with marker pen sketches on white paper mounted on card, two with photo images mounted on card, all depicting scenes warning of the dangers of electricity in an industrial location

A group of four pencil on paper portraits of each Beatle signed by an artist named Liz Smith from Arlington, Texas. Most likely created when the talented Ms. Smith was a teenager circa 1964, these wonderfully and realistically rendered sketches truly capture the charm of the early Beatles and of a bygone era. Also included is a program about the Beatles, three collector’s cards from their movie, “A Hard Day’s Night” and a vintage lapel button which reads I’m a Beatle Fan In Case of Emergency Call Paul or Ringo.

A piece of card, signed in black felt pen by subject, additionally annotated with a self-portrait caricature sketch — 3x5in.

This fine watercolour was executed in the 1890s when the artist worked for the greeting card firm Hildesheimer.
signed with initials ‘H.P.P. (lower right)
grey ink and watercolour, vignette
4¼ x 3 in. 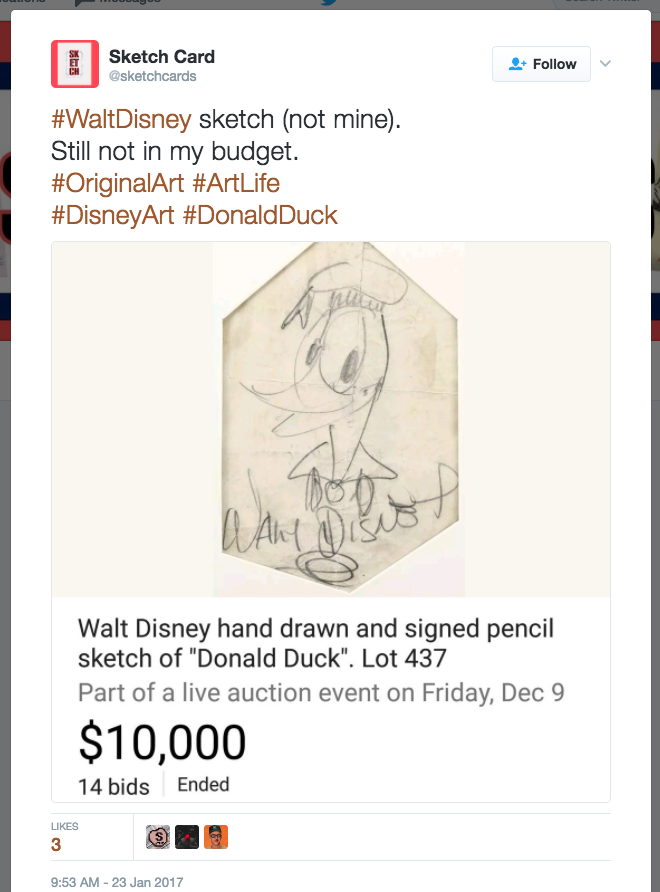 That’s interesting! A $10,000 sketch of Donald Duck, made by Walt Disney. So it made me search Christie’s and Sotheby’s. Sotheby’s has a couple other neat results. I’ll blog about those later. Initially, I was going to put Christie’s and Soetheby’s in the same blog post, but I wanted to be able to focus the title on just one of them. 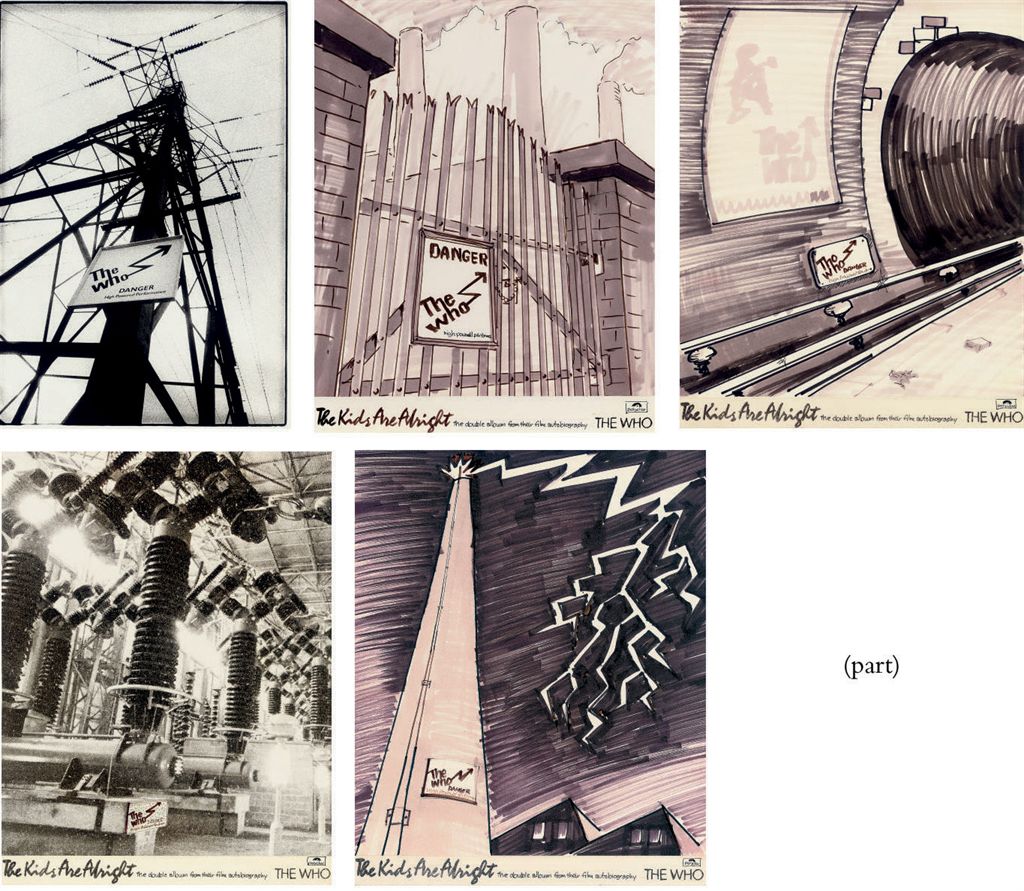 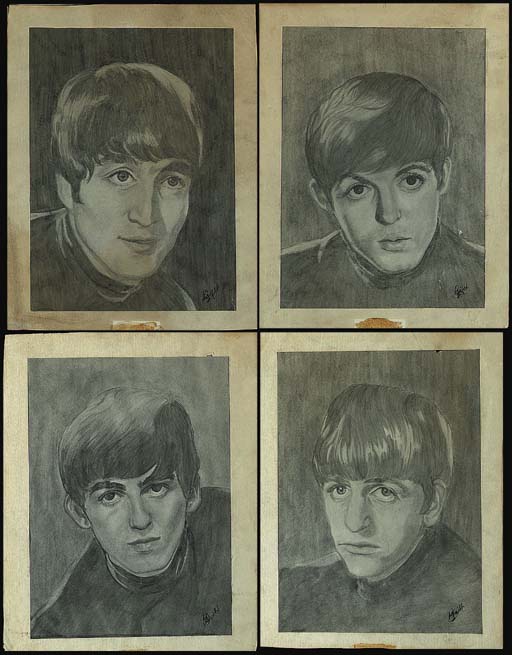 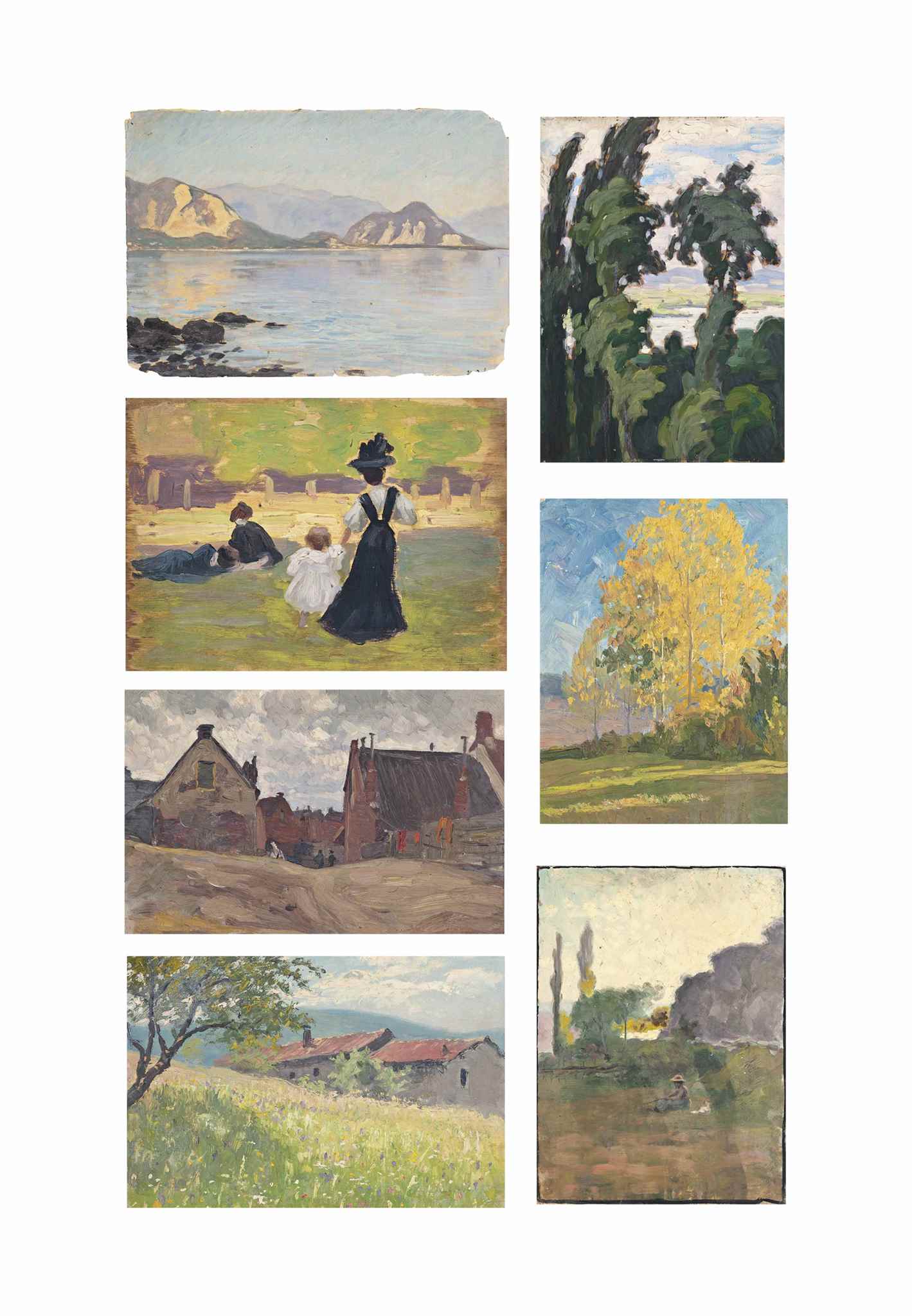 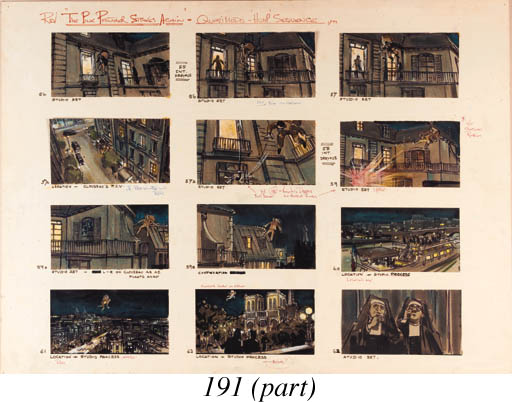 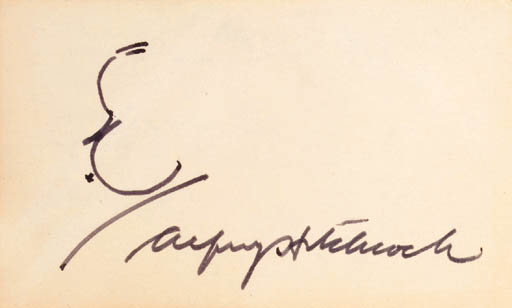 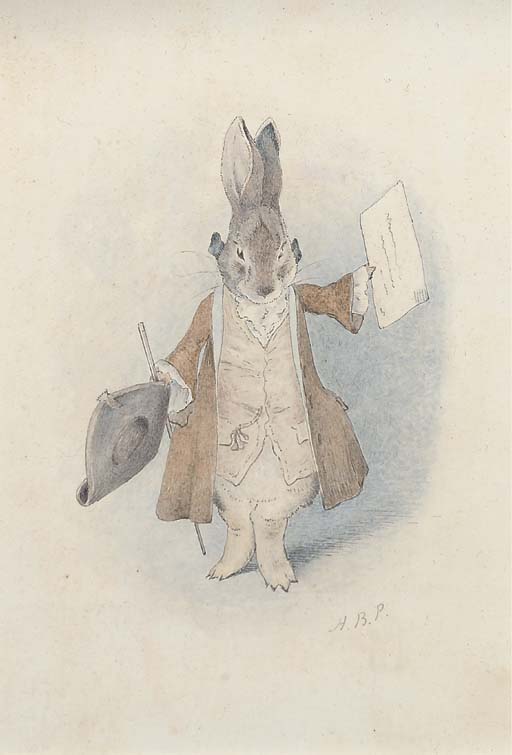