I love having several fictional Twitter accounts–the Death Star librarian, an Ewok, a baby Ewok, extreme croquet player, and so on. These fun accounts can work in tandem for some pretty silly responses to tweets.

The Chicago Tribune digital editor tweeted about Chicago’s tax hike for their transit service. Which then eventually lead to talk about Ewok poop. 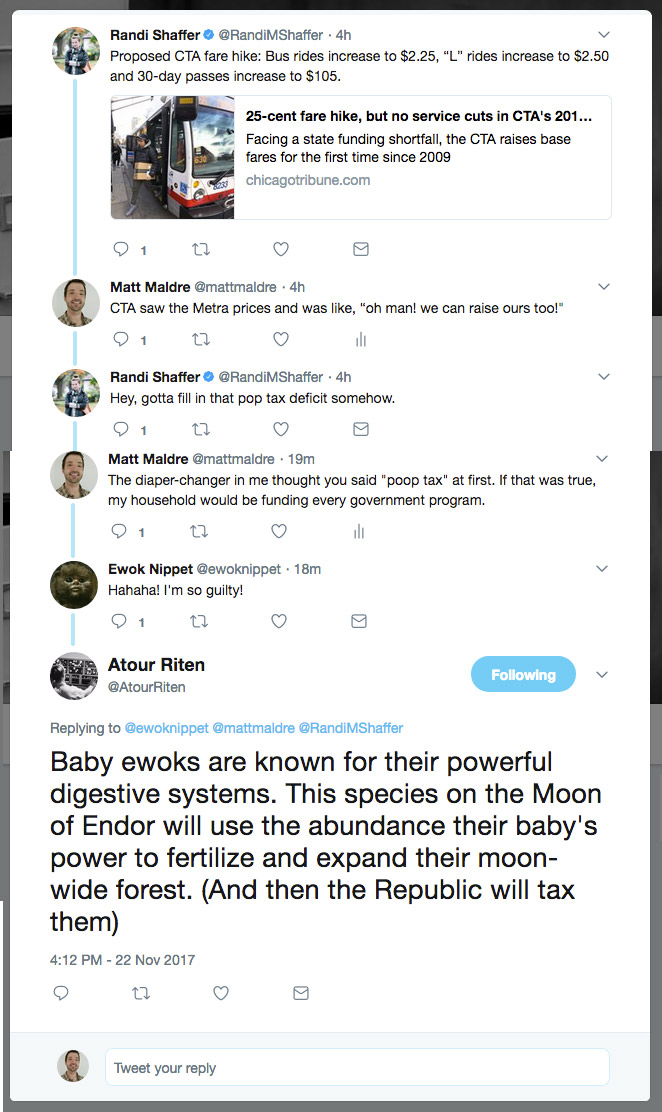 Hey, at least the Death Star librarian was able to circle the topic back around to the original topic.