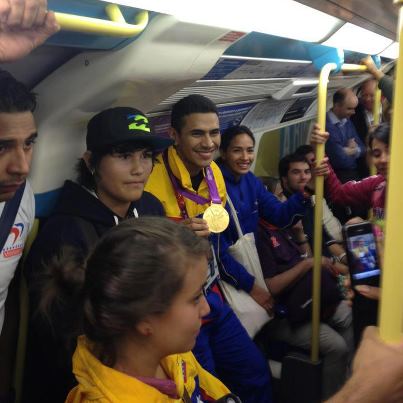 Let’s say a country had a tradition during the Olympics where all their citizens wore gold medals to support their Olympic athletes. People wear baseball caps and tshirts of their favorite teams. Everyone should wear a gold medal during the Olympics. Everyone would be so uplifted wearing a gold medal around town. People would say to each other, “wow, you won the gold medal for standing properly on the train.” “Wow you spit that gum really far! Gold medal!”

However once the Olympics are over and people stop wearing their gold medals. If there are a few people who continue to wear their gold medal, people might think they are the actual Olympic athlete who won the gold medal.

Or let’s say a country’s citizens doesn’t wear gold medals during the Olympics. (Like any normal country). BUT after the olympics are done, you wear a replica medal around town. It would be so unusual that people would stop and ask you which sport you won your medal in. Srsly. If I saw someone wearing a gold medal on the train, I would think that person is an Olympic athlete.