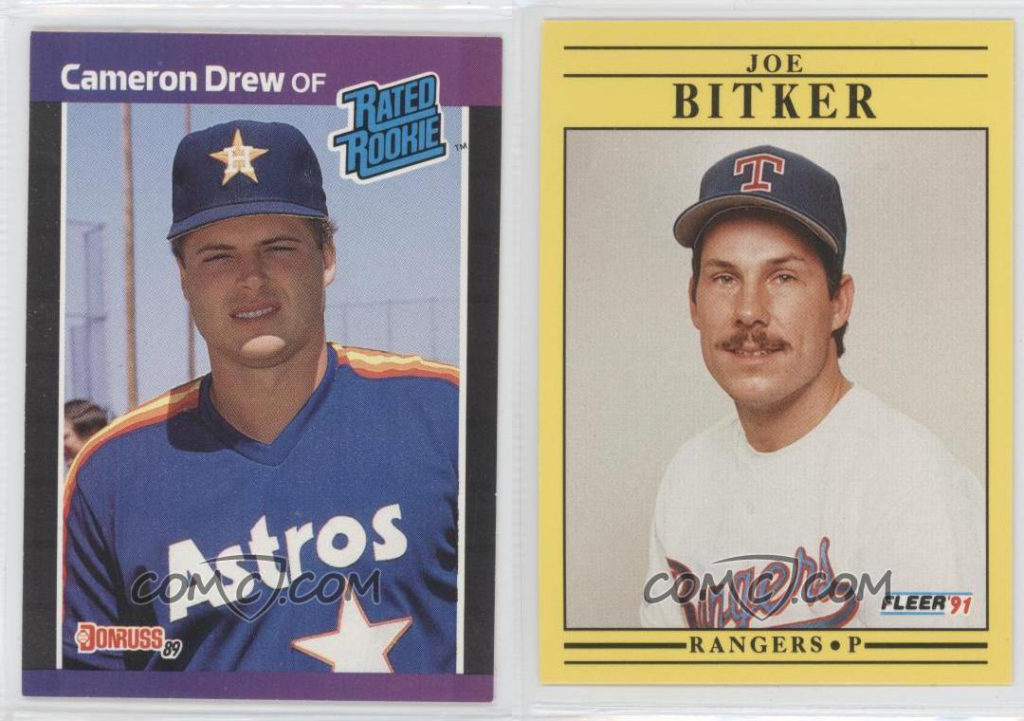 I have two baseball players that are my Epoch Evil Twin. Cameron Drew and Joe Bitker.

What is an Epoch Evil Twin? And how do you find yours? Let me explain.

Programmers needed to assign a unique number to every second in existence. To do this, everyone needed to agree upon one central second to start counting from. For whatever reason, they chose January 1, 1970 to start their count.

You can find your number by using an online Epoch calculator.

But what if you were born before January 1, 1970? Well, you get a negative number!

Now what’s this about having an Epoch Evil Twin?

Who was born on that exact date? It seems nobody famous from a quick Google search. Instead, we can go to the incredible Baseball-Reference’s birthday finder. Plug in the date of your Epoch Evil Twin. In my case, I’ll enter in February 12. The website will give a nice long list of all the MLB players born on February 12, sorted by year.

Then I look to see if any MLB players were born on that year, 1964. 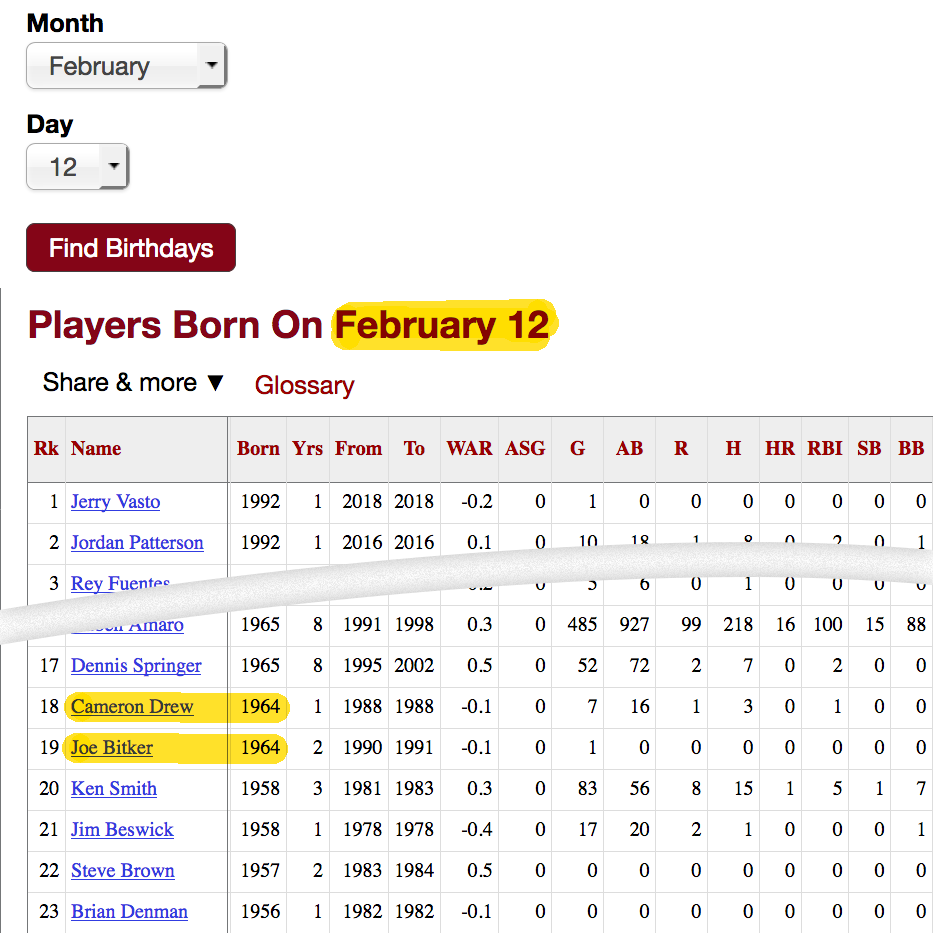 Why yes, indeed! TWO players were born on that exact day of February 12, 1964: Cameron Drew and Joe Bitker. Who? Both players had minimal time in the majors. 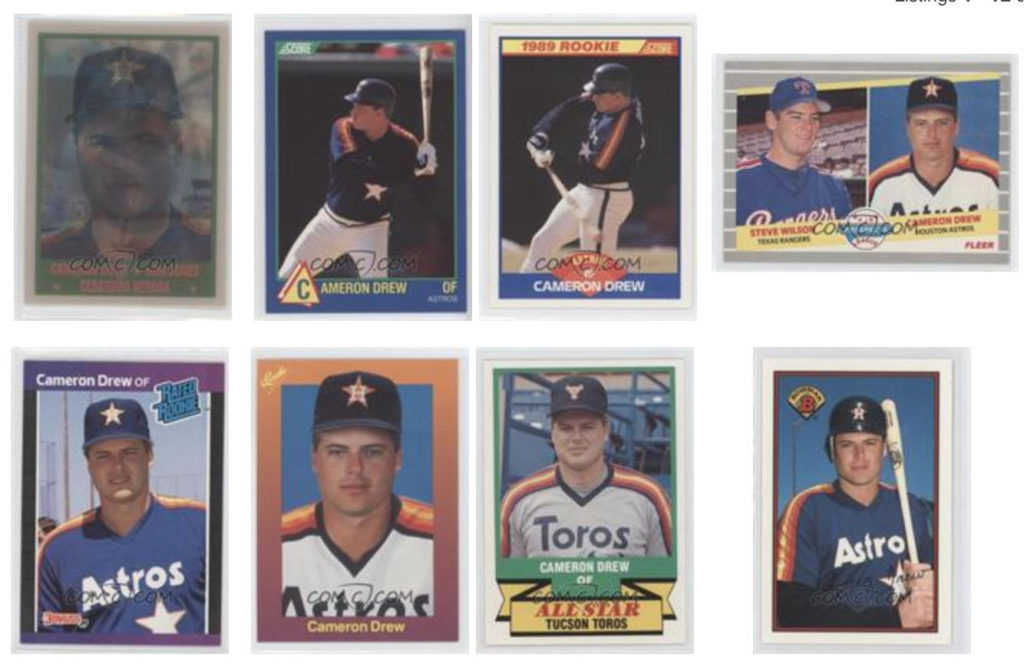 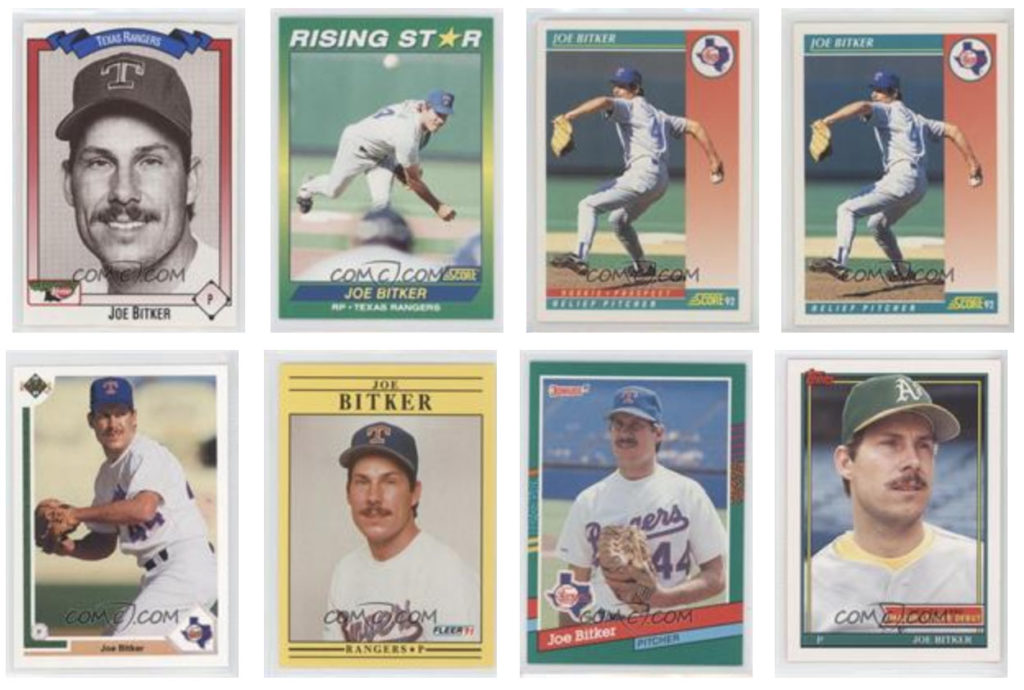 I love that both players have baseball cards from the EXACT time when I was collecting cards, 1989 to 1991. Crazy!

How about Bill Murray? Who is his Epoch Evil Twin?

Who is your Epoch Evil Twin?

If you find yours, please leave a comment below. Thank you.

A big shout-out to my brother-in-law for pointing out this Epoch timestamp fun on my Facebook wall. His Epoch Twin is Michael Keaton!

Also if you cannot find your Epoch Evil Twin using the MLB birthday finder, don’t fret. I searched a TON of celebrities before I was finally able to get to one who had a player match his Evil Twin day.

Here are the celebrities I searched that came up with empty results for baseball player matches: