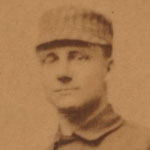 The most errors in one season was accomplished by shortstop Billy Shindle of the 1890 Philadelphia Quakers. He bobbled the ball 119 times in one season. At least he was 2nd in the league with 182 hits. Billy was a DH before its time.

But bad fielding was part of the game back then. Here’s the most errors committed for one season for each decade.

Notice how there’s less errors for each decade? That’s cuz they stopped putting pine tar in their ear. No, just better gloves and better fields.

It cracks me up how Jose Valentin has committed the most errors for one season in the 2000’s.

Did you know that a player can only be charged with an error if he touches the ball? I think that’s the dumbest rule in baseball. Jacque Jones misplayed so many balls for the cubs this year, but wasn’t charged for them cuz he didn’t touch the ball. He would be a candidate for the most errors this decade. But he is the lucky benefactor of the current rule system.

Hi, I’m intrigued by a player’s errors-to-rbi ratio ever since Julio Lugo is making a run at 1-for-1 this season. Anyone know where I can find a list of folks (everyday players) who have exceeded their rbi total with errors in any given season? From the list above, it would appear, in the modern era, that Brancato and Offerman accomplished the “feat” in their top-of-the-decade years. I’m sure there are a few more, but I’m also sure that Julio Lugo is making a sincere run at a remarkable baseball statistical feat.

False. You do not have to touch the ball for it to be considered an error. For example, if you trip moving over to scoop up a weak grounder and never touch the ball, you will receive an error, even if another fielder eventually fields the ball. So, your “dumbest rule in baseball” is fortunately not a rule. If you’d like confirmation you may (a) check the rules or (b) see Leonard Koppett’s excellent story about this in “A Thinking Fan’s Guide to Baseball.”