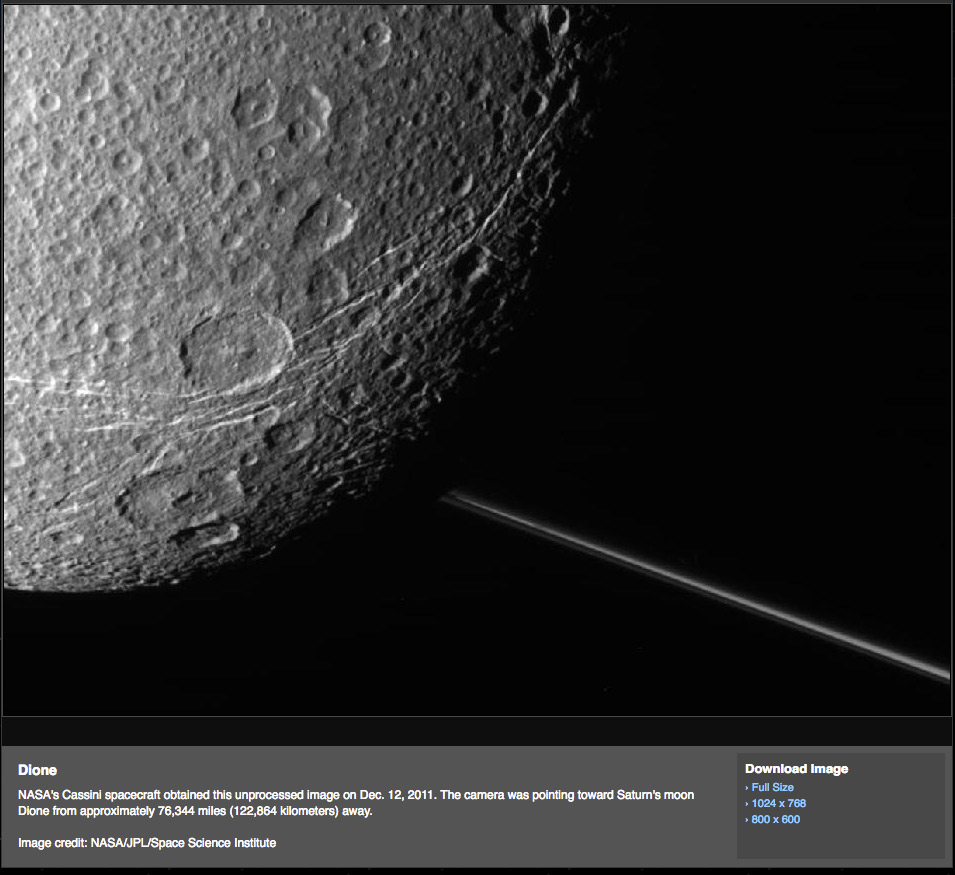 The reality of space. Real objects. Real textures. Thousands of miles away, images brought back to Earth. To our computer screens.

I love the caption for this photo.

NASA’s Cassini spacecraft obtained this unprocessed image on Dec. 12, 2011. The camera was pointing toward Saturn’s moon Dione from approximately 76,344 miles (122,864 kilometers) away.

A real camera on Earth pointed exactly at the right spot in the sky, captures this moon. 76,344 miles away. Does that number sound big or small? Seeing this image, the number seems small. The image gives us the possibility of reaching out and touching this moon. Actually, we already have–with our cameras.

I live in Chicago what would the distances be to cities from here?

Can you fit Saturn’s moon Dione into your pocket? I updated this blog post with the size of Dione.