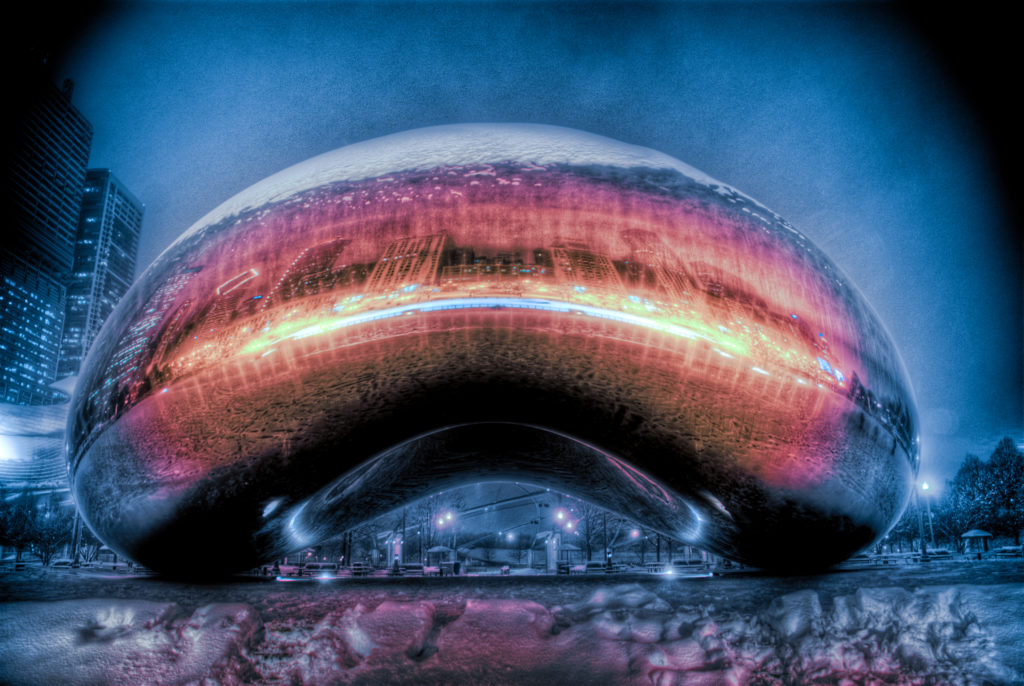 One of the world’s most iconic public artworks is right across the street from my new workplace. That famous artwork? The 110-ton reflective bean in Chicago. 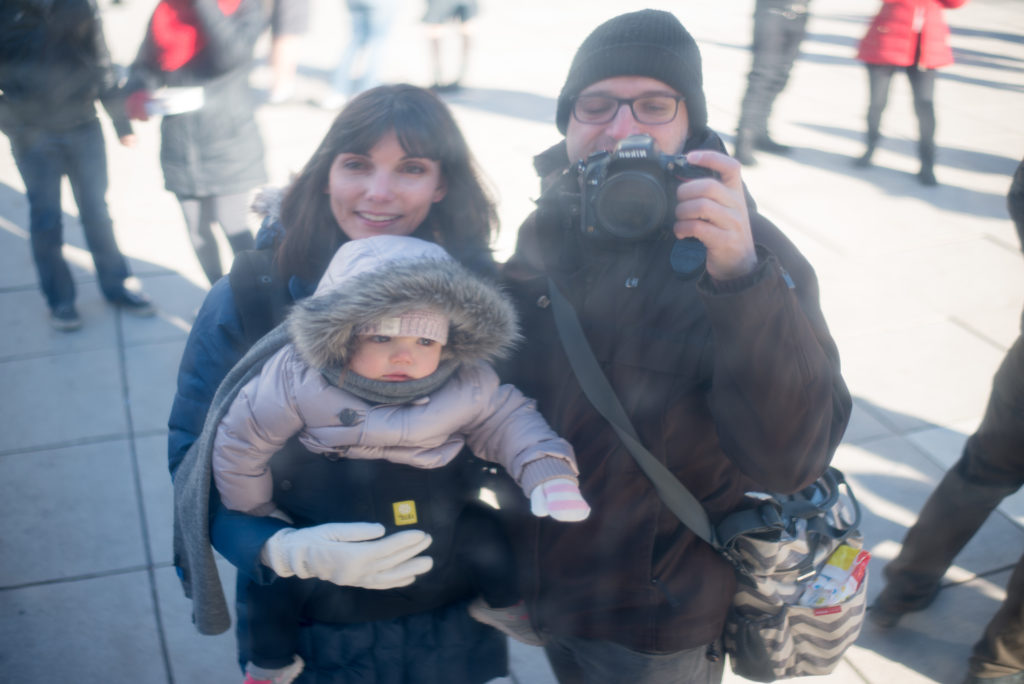 Installed in 2006, this mirrored sculpture hit the ground just in time for our culture’s selfie obsession. People love taking photos of themselves of the bean. You can’t help but to photograph yourself in a giant public bendy mirror. Thus, it’s become a tourist trap. 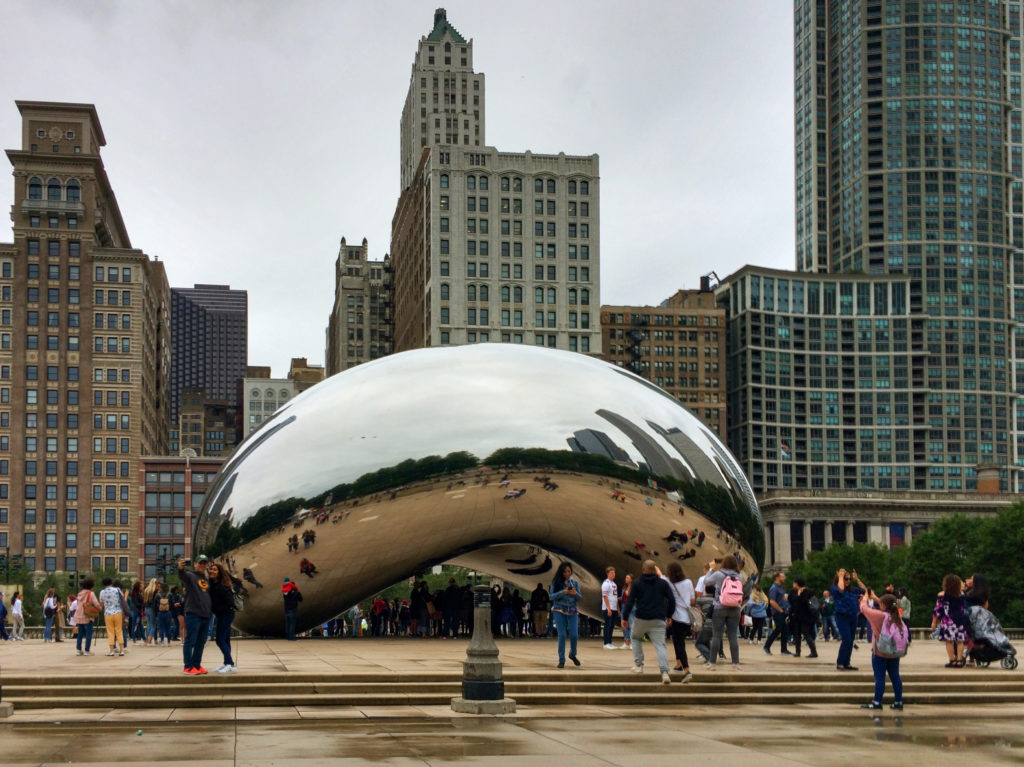 Most locals avoid the Bean. But I’ve decided to embrace it. Every day at lunch I eat next to the Bean observing it. I want to see how my opinion develops. 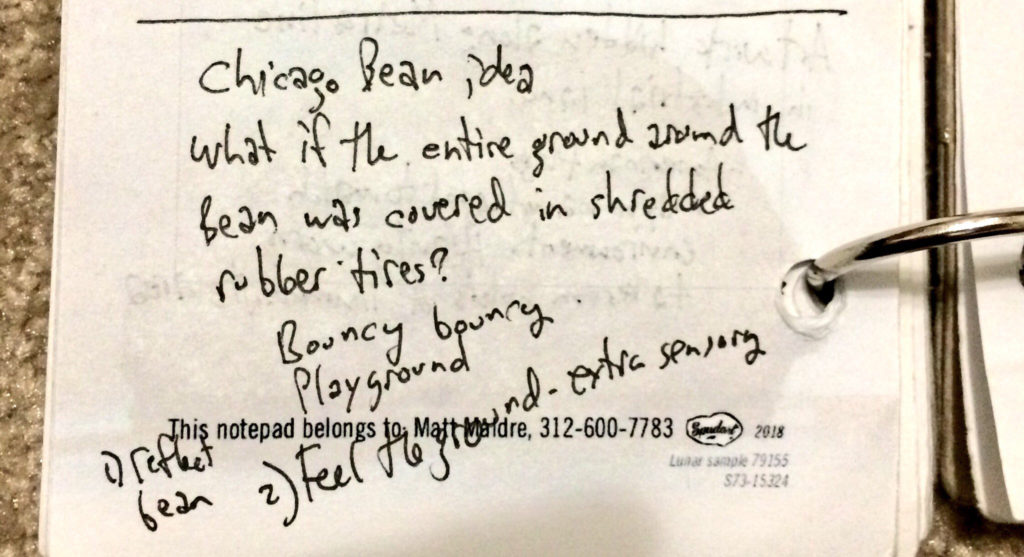 In the coming days, you’ll see me post about thoughts and observations about the Bean. 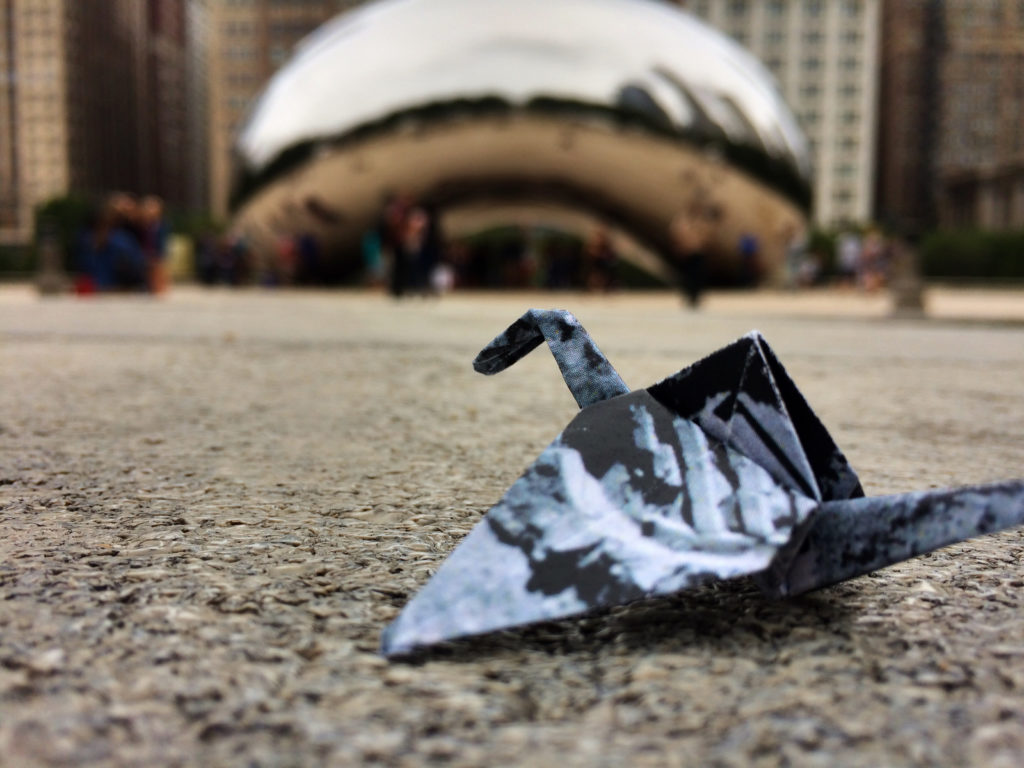 Here’s one of the first photos I took from my first week of observations. I happened to have printouts of Neil Armstrong’s footprint in the Moon. Seems rather appropriate. First steps in a new adventure. 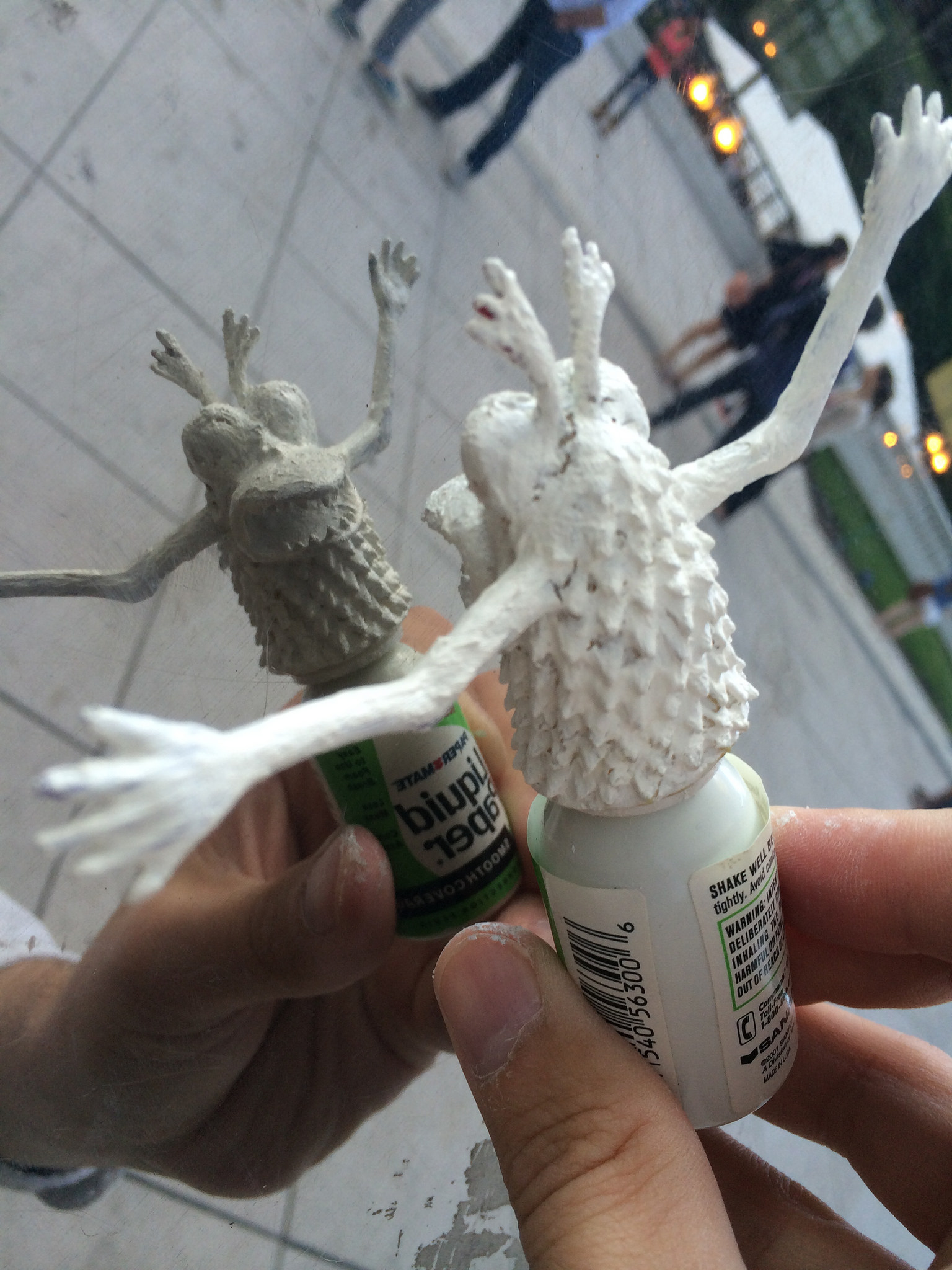 Speaking of selfies in the Chicago Bean, here an image from my 2014 archives when I photographed the “White-out Monster” during his trip through Chicago.

Hyperallergic’s new podcast is ok
Archive.org has a great bookmarklet to save live webpages