This mythical creature regularly visits the city of Chicago and contributes to public projects and architecture. In the underground art world, he’s known by the descriptive moniker “White-out Monster” for he himself is entirely white. Early 21st century records capture him wearing a “White-out” or “Liquid paper” t-shirt. 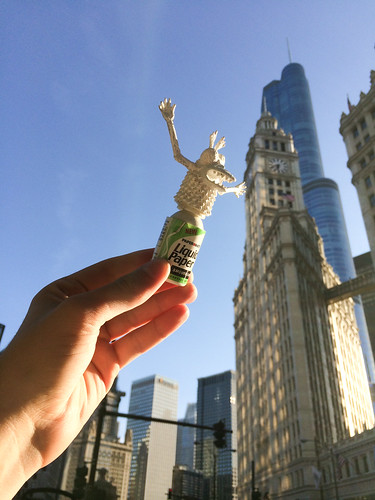 Matt Maldre: What is one of the buildings where we can see your influence today?

Nobody knows this, but originally his plans for the building had it all in Indiana limestone. What a joke. The plans for the Wrigley Building were so beautiful that I knew it just had to be set in all white. The architects for this building was an eight-year-old firm named GAP&W, which stands for Graham, Anderson, Probst & White. You can guess which of the four architects I decided to have a talk with…

WOM: You got it! Howard Judson White. Naturally, he loved the idea of the building being set in all white-glazed terra cotta. The original limestone that was purchased was instead used for the Michigan Avenue bridetowers. 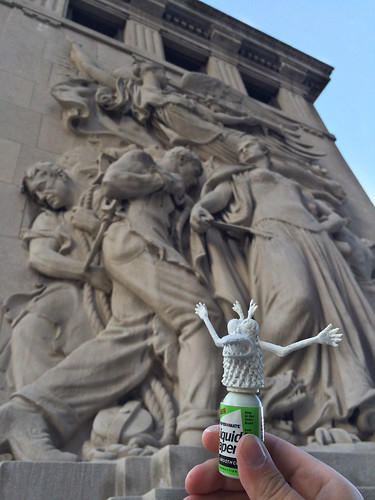 MM: How do you feel about the limestone bridgehouses not being done in all white?

WOM: Yeah, I would have loved for those to be all white. But William Wrigley had all this limestone, so yeah. But hey, watch this, I’ll paint these flowers on the Michigan Avenue medians white. 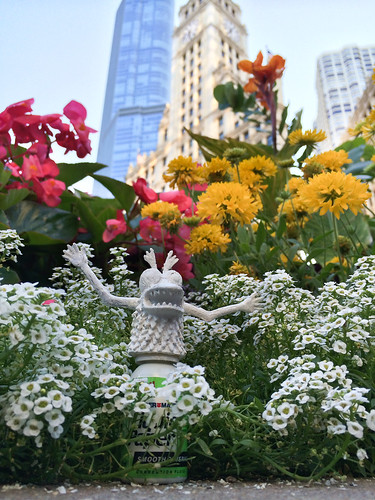 MM: Wow, that’s amazing! You just turned those flowers white. How did you do that?

WOM: I’m a mythical artist-monster. I got my ways. 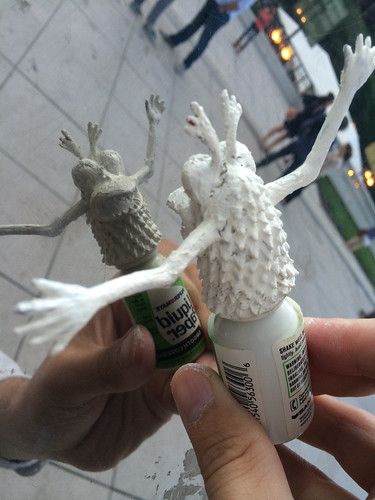 MM: Have you used your “ways” with any other public artworks?

WOM: Initially, the Chicago Bean comes to mind, but of course that would make no sense to have the bean be all white, because it would simply be a white bean. However, when I look at the bean, I do see myself, and thus I paint the bean white every time I encounter it. That very concept is one to be celebrated by everyone who looks into the Chicago Bean‚Äîwalk up to the bean, and you paint it with the colors of yourself. 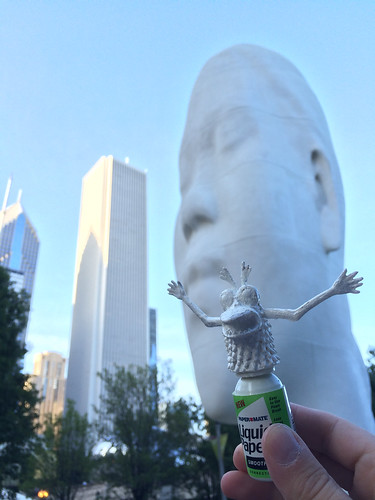 MM: How about Crown Fountain with the faces that spit out water?

WOM: Heh, funny story about those. The artist is Jaume Plensa erected those towers. I visited him in his hometown of Barcelona about those towers with giant heads. Actually, the visit was via a dream where I suggested to him that he create a giant white marble head. Guess what was just installed a month ago by Plensa in Millennium Park? A giant white marble head. And he named it “Looking into my Dreams, Awilda.” I’ll let you connect the dots there. 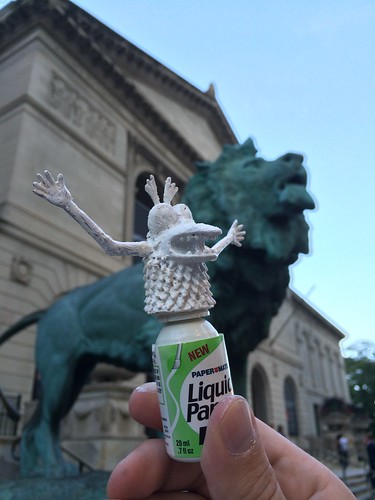 MM: Any other public artworks that you’d love to see painted white?

WOM: Naturally the Art Institute lions would be fantastic in white. However, their bronze patina is a great site to behold. Back in 1893, I suggested to sculptor Edward Kemeys that they be done in marble, but he insisted on bronze. Through many years of lobbying the Art Institute for a pure presence of white, they hired Pritzker Prize‚Äìwinning architect Renzo Piano. Heh, well‚Ä
take a look at the Modern Wing now. Beautiful pure white cathedral of art that I’m going to– +poof+

I love this!!! We could turn this into a radio program