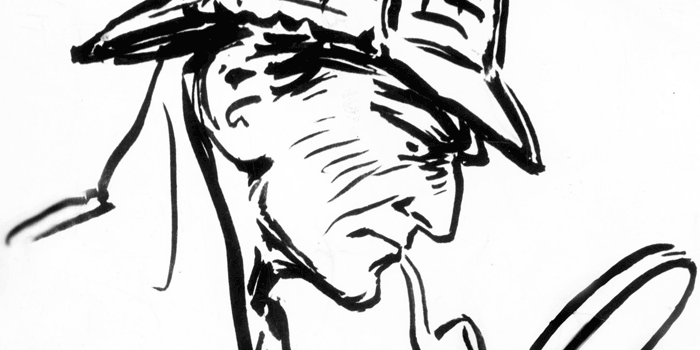 Fascinating how copyright law works. People can now do anything with the Sherlock Holmes as long as they are based on the fifty Holmes works that Arthur Conan Doyle published before Jan. 1, 1923.

Holmes fan-fic authors, brush up on your pre-1923 Holmes.

How does this law apply to other areas?

With paintings, it’s pretty straightforward. Any painting pre-1923 is open game. Paintings are a bit more of a self-enclosed world. Books, with imagination required, are a bit more loose with interpretation.

What if a painter used a particular character in his paintings throughout his career. Would that character in the pre-1923 paintings be available to public domain? I’d imagine so. But anything new the character did after 1923 is off game. Like, if the character decided to pick up the game of croquet, forget about reusing that.

What sort of innovation will we see with Sherlock Holmes?

Dinosaur Comics has the best idea, involving a glowing dog. 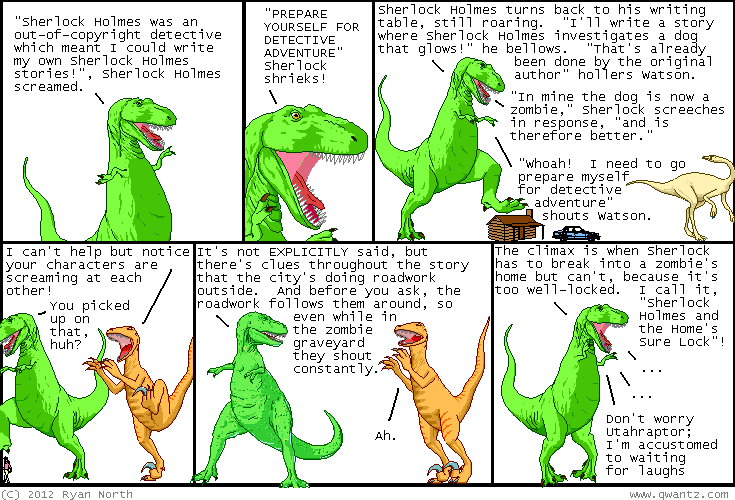 What would you do with Sherlock Holmes?

Please leave your thoughts in the comments or on your favorite social media channel. This question appears on Quora, Yahoo Answers, Ask.com, Twitter, and Google Plus. This blog post was originally inspired by @criticalmargins’ tweet.