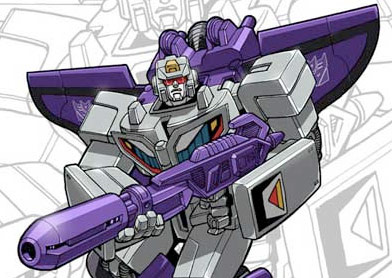 Chicago didn’t get a space shuttle. But are we complaining? Nope. But it’s fun to hear the other cities complain. From CNN:

U.S. Sen. John Cornyn, R-Texas, said the Johnson Space Center in Houston should have been one of the retirement homes for an orbiter, “but it is clear political favors trumped common sense and fairness in the selection of the final locations for the orbiter fleet,” he said in a statement.

He noted that Houston “played a critical role throughout the life of the space shuttle.”

“Like many Texans, I am disappointed with NASA’s decision to slight the Johnson Space Center as a permanent home for one of the space shuttle orbiters,” Cornyn said.

“There is no question Houston should have been selected as a final home for one of the orbiters — even Administrator Bolden stated as much. Today’s announcement is an affront to the thousands of dedicated men and women at Johnson Space Center, the greater Houston community and the state of Texas, and I’m deeply disappointed with the administration’s misguided decision,” Cornyn said.

Seattle also got in with their whines. Gov. Chris Gregoire of Washington:

“The Museum of Flight put a tremendous amount of effort into landing a retired shuttle in the Pacific Northwest. As the home of modern day air travel and the 747, which has gracefully transported shuttles for the last 30 years, Seattle would have been a perfect fit,” Gregoire said in a statement.

Here’s who got space shuttles:

Do you suppose that one of these is actually Astrotrain? Cheer up Houston and Seattle, remember, Astrotrain is a Decepticon. One day he’ll transform and wreck havoc on the museum. Then they’ll be sorry that they ever had a space shuttle.

I’m not sure where they thought they were going to put a space shuttle. Have you been to the Adler Planetarium? It’s tiny!