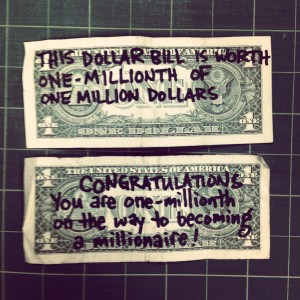 With a dollar bill you are one-millionth on the way to becoming a millionaire. I came across a photo I took a couple years ago of a dollar bill with this message. This photo prompted me to write another message on a dollar bill.

The first thought that came to mind was to recommend someone to spend this dollar wisely. The dollar bill. Such a simple dollar amount that isn’t really worth too much. But this single dollar bill is a building block to either accumulating more dollar bills. Or perhaps to spending more of these dollars.

Thinking of spending your money wisely–even a single dollar–is a nice simple message worthy enough to write on the actual dollar bill as a reminder to whomever may receive it. Therefore I wrote “spend this dollar wisely” on the dollar bill. 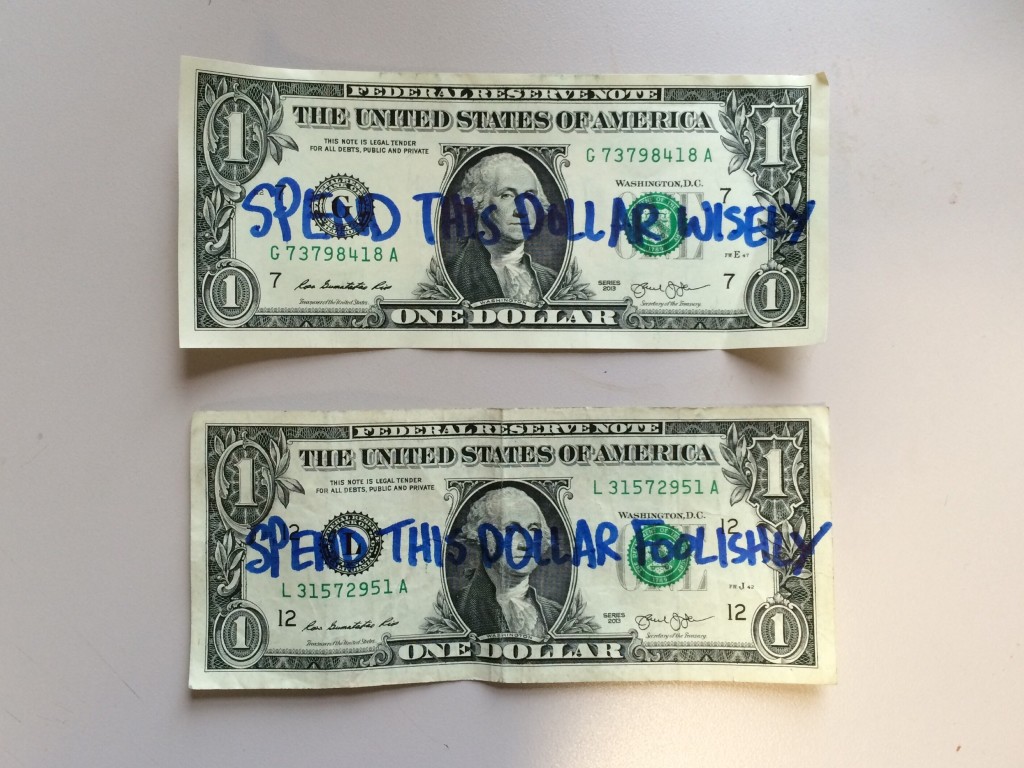 What about the flip side? Spend the dollar foolishly? Is that an ok thing to do every now and then? To not hold onto money so tightly? I personally would argue “no, you shouldn’t ever do foolish things.” But seeing the two sides of how to spend the dollar bill makes an interesting dichotomy.

I’m going to try to spend both of these dollar bills at the same time to help increase the chance of one person getting both of these bills in return. The recipient of both bills might appreciate the double-message. Maybe one dollar will be spent wisely, and the other dollar will spent foolishly. If someone makes that much effort to budget the use of these two bills, then I would consider this a very successful work of art.

Perhaps most people would say, “the foolish one! I want to have fun!” But is foolish activity really fun? Wouldn’t we get more pleasure from doing something wise? You’ll feel better in the long run, right?