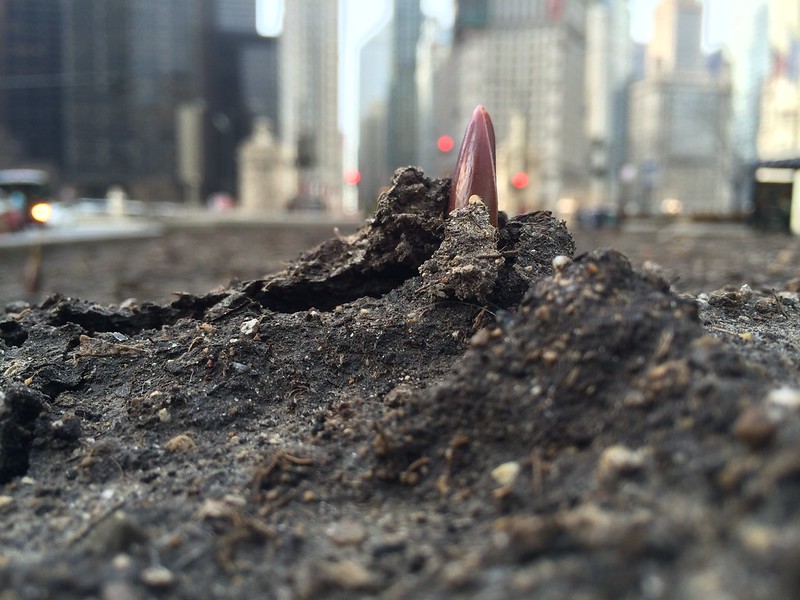 The tulips are starting to break the ground in Chicago! While walking to work, the dirt graveyards on Michigan Avenue started to get some life. Little red sprouts coming out of the soil!

Standing in the middle of Michigan Avenue, cars were honking their horns while I was capturing this moment of 2014.

I went back outside and visited my selected favorite tulip of 2014. Some patience was required as this was primetime rush hour for buses going down Michigan Avenue. That blackish shape on the right is a bus shelter. One of the most popular bus shelters in the CTA system.

Eventually there were no buses, no cars, and a red light. Originally I had the tulip blocking one of the two red lights, leaving just one red light shown. But then placing both of the red lights on either side of the tulip sprout made for a nice composition. My last shot of the series. 🙂