Amidst the hectic tourists of Chicago’s Millennium Park lies a number of peaceful sections. A line of eight Sycamore trees is reminiscent of the Gardens of Versailles in France.

This gallery of tress is one of my favorite quiet areas to walk through during my daily walk to the Chicago Bean for lunch. Today, an interesting tree branch was laying on the ground all by itself. About three foot long, this branch was a curious size to be just resting on the ground, broken away from a tree. 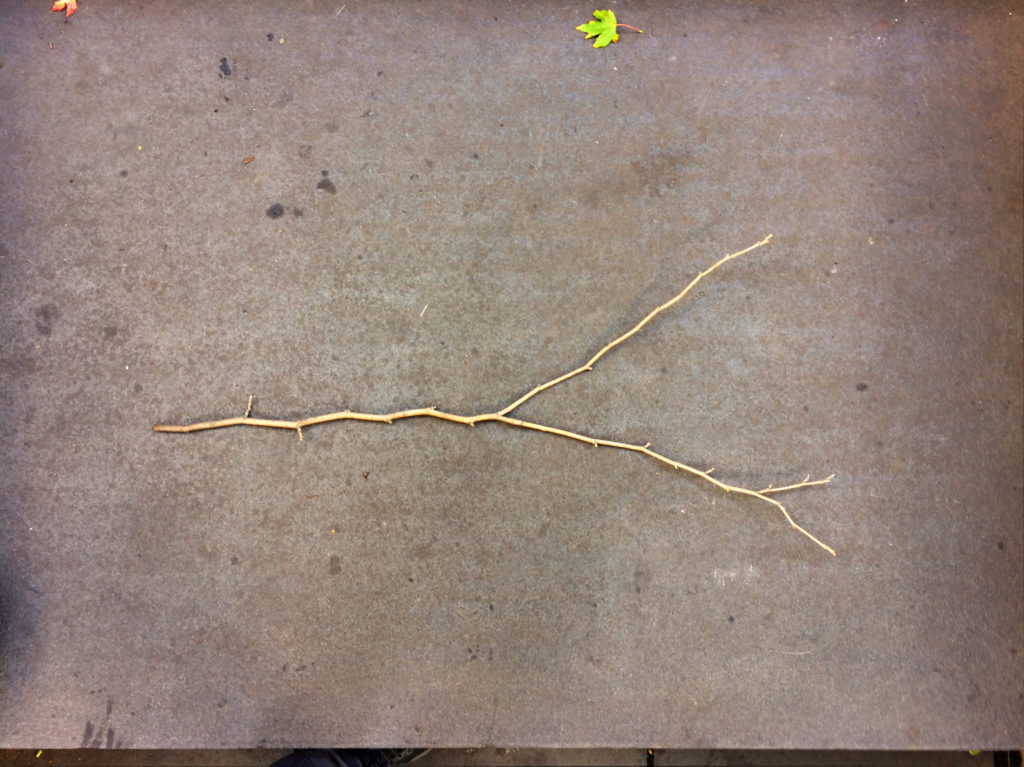 (ok, this isn’t exactly where it was laying on the ground. I took this photo later)

I picked this stick up, and it became my new friend. Yes, I befriended a stick.

Me and Stick walked to the long picnic bench by the Chicago Bean to have lunch. But it was much too bright to sit in the sun. Stick likes being in the shade, as do I. We walked over to a shady spot to rest. 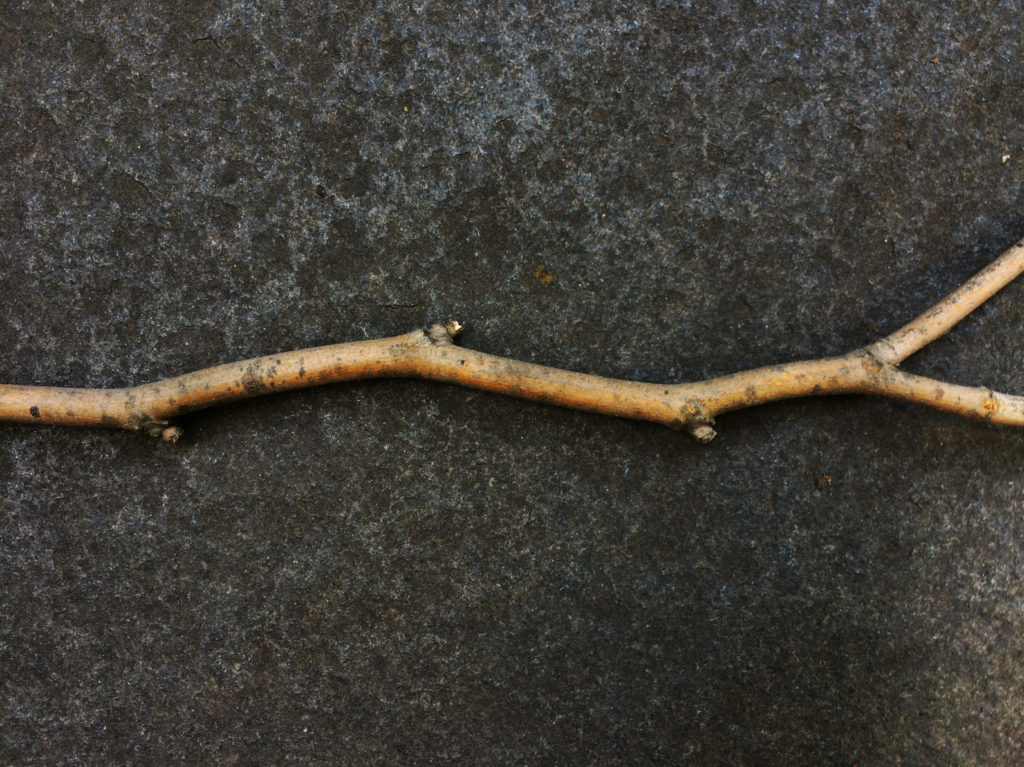 Then I walked over to the Chicago Bean for a photo opp with Stick. Let’s give him a different name. Sylvester. 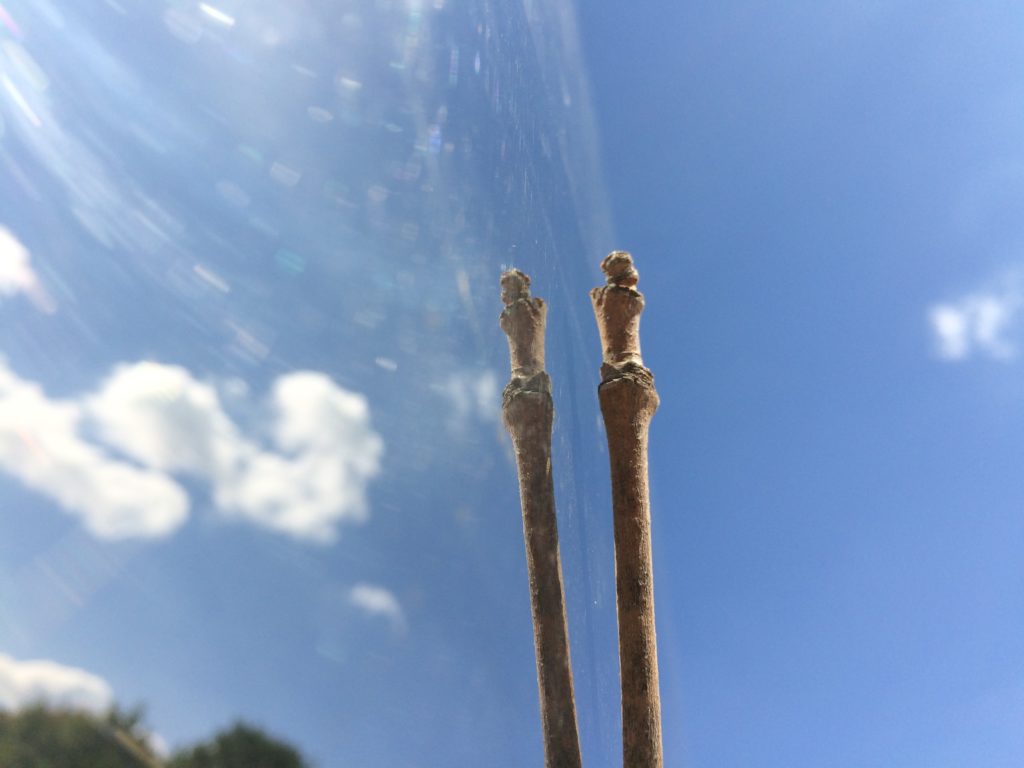 Sylvester loved the Bean. He liked getting right up against the Bean to see his reflection. He yelled out “I love taking selfies in the Bean! I’m a Selfie Stick! Get it?! Selfie Stick!” 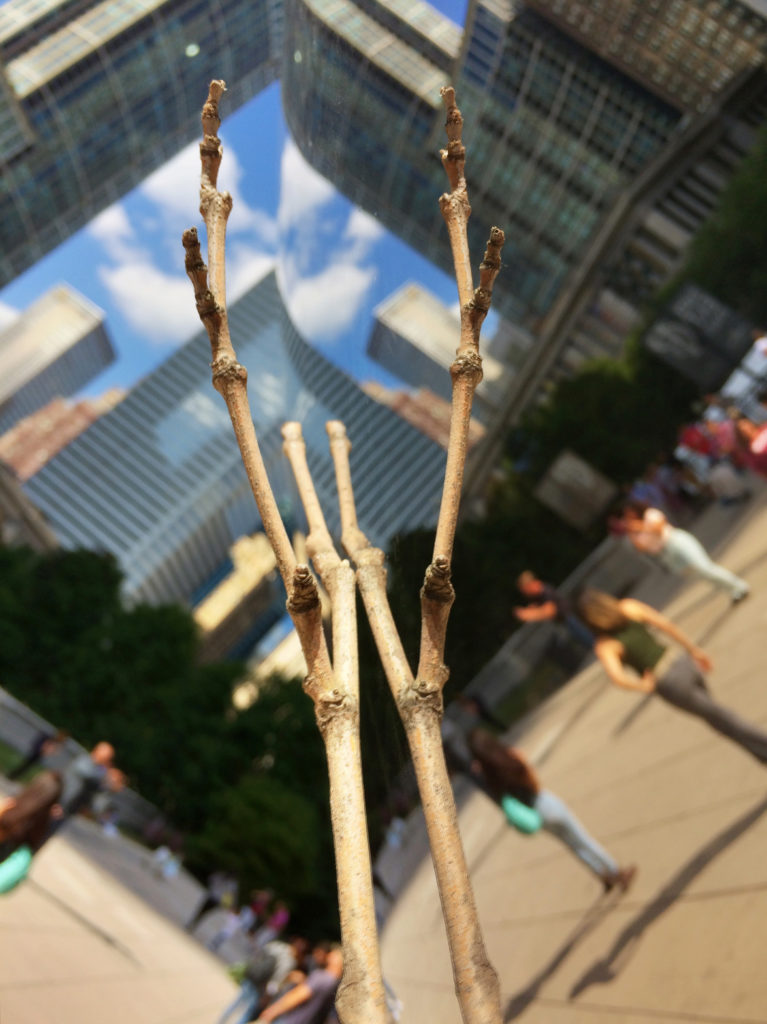 He was really branching out taking tree-mendous photos, admiring how he transforms in the reflection. “Look! In this photo, I look like an insect!” 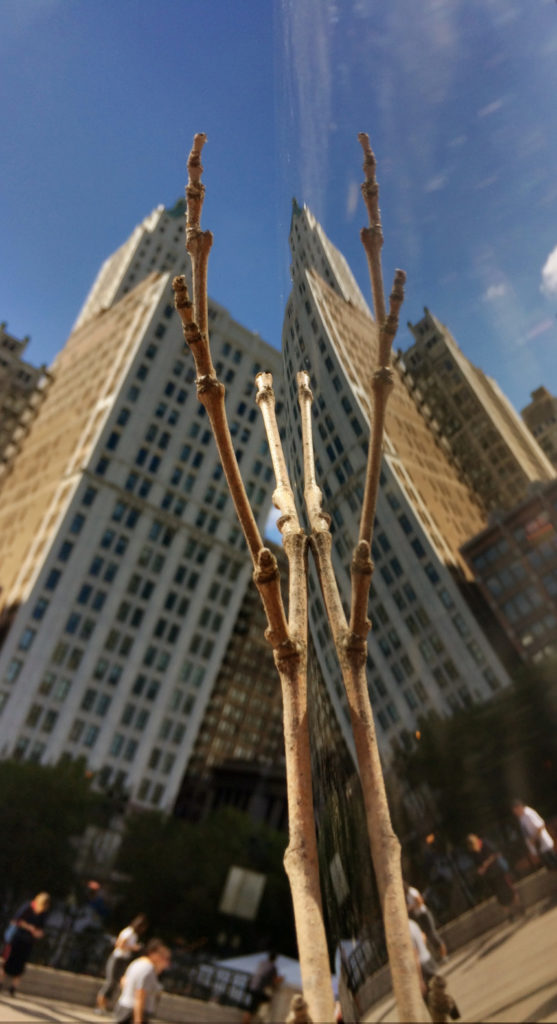 Then I brought Sylvester to work. He rode in my bag, so it wouldn’t look as conspicuous that a tree branch was entering the Chicago Tribune offices. Sylvester now sits on my desk. Our desks in the new building are smaller than Tribune Tower’s. Sylvester hangs his feet over the edge of my desk. I guess those are his feet. Maybe his hands? 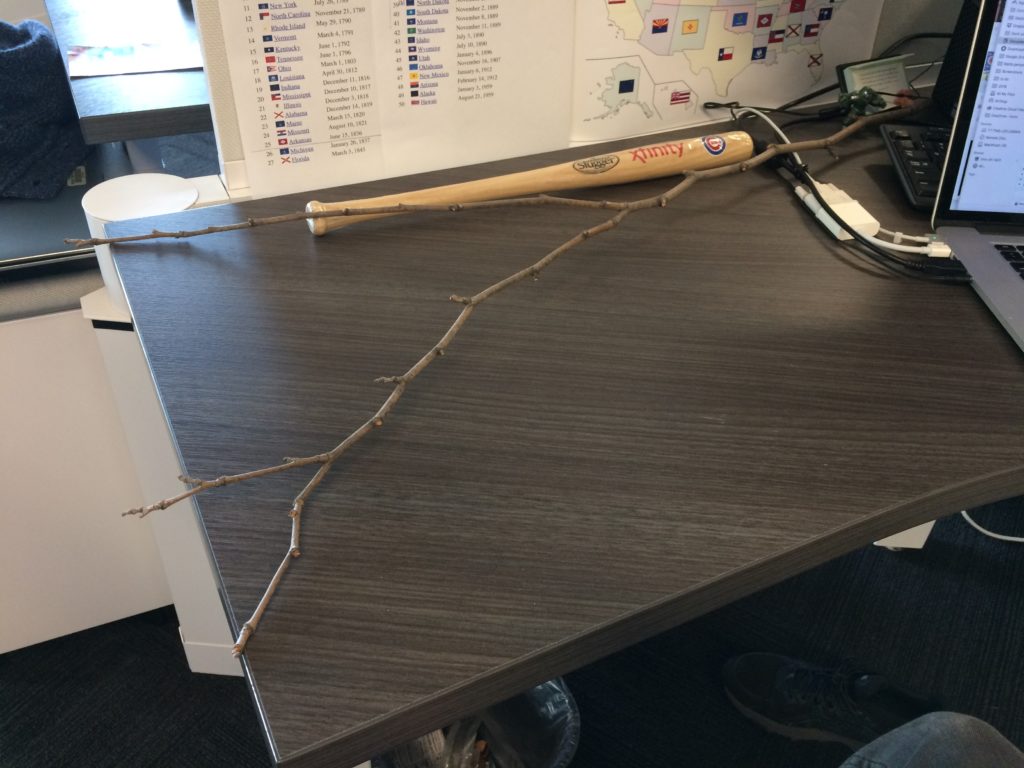 Alongside Sylvester Stick, is my Chicago Cubs mini-bat from the Cubs Rally yesterday. Sylvester was very excited to be with another stick of wood. He was so impressed that this stick became a bat for the Chicago Cubs.

A few minutes ago Sylvester asked me to tattoo him with the Louisville Slugger logo. I told him once he’s old enough, he can get a tattoo.