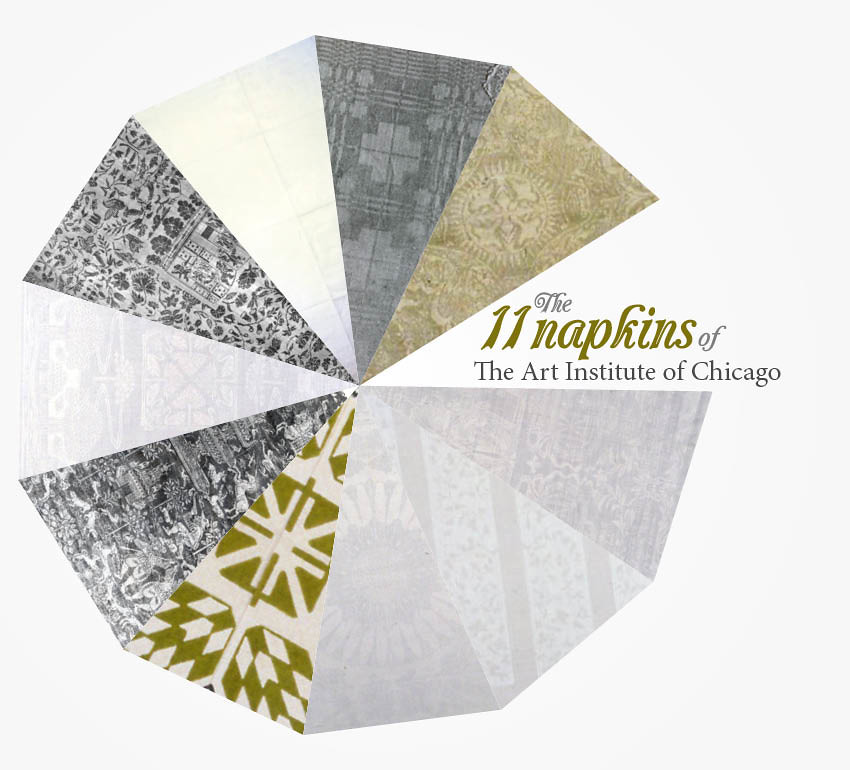 The fine art of napkins. Art that you can wipe your mouth with. The Art Institute currently has 11 napkins in their permanent collection. The height of the napkin collecting craze occured from 1983 to 1996. Nine of the eleven napkins were folded into the Art Institute collection during this 13-year span. (the other two napkins coming in at 1947 and 1972). 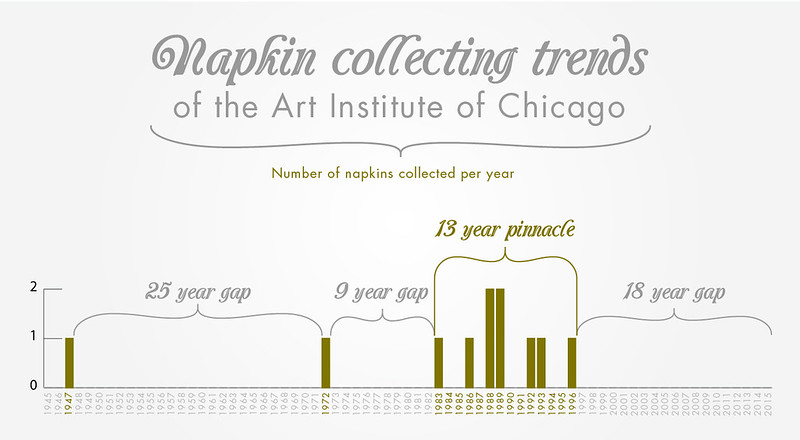 Given the rarity of napkins in the Art Institute’s collection, let’s take a look at each one. Along with each napkin is my commentary on its significance in the lore of napkin history. 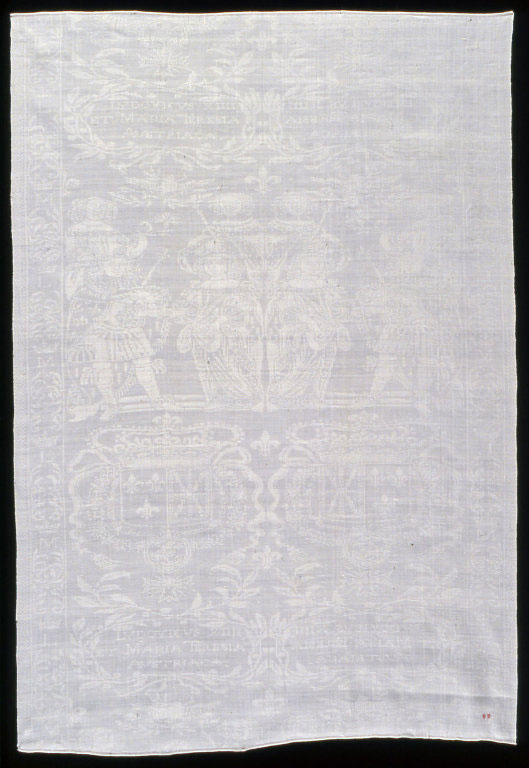 You’d have to think that someone stole this napkin while at the Louis XIV’s wedding. Do you think it was customary in the 1600s to take the wedding napkins home with you?

Napkin from the Linnelinjen (Linen Line), 1955

The four bars signify the four course meal served with this napkin. For every course, you wipe your mouth on one of the bars. This particular napkin has been laundered, thus, you cannot see what was served at this particular meal. A shame, really. 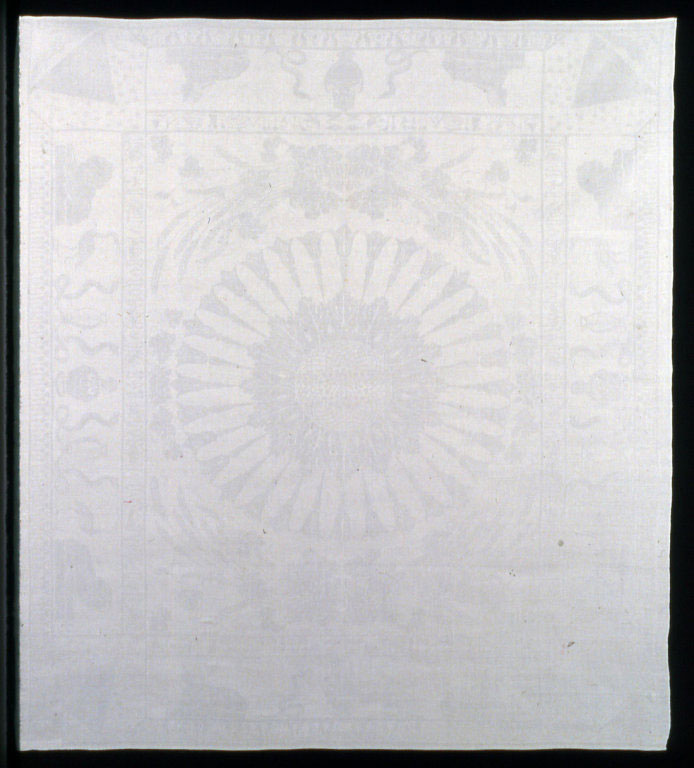 A napkin for the five senses. We often think of napkins being for taste. But what if we had a napkin for hearing? After going to a loud rock concert (or in this case, in the 1800s a raucous classical concert) you would wipe your ears from the intensity. 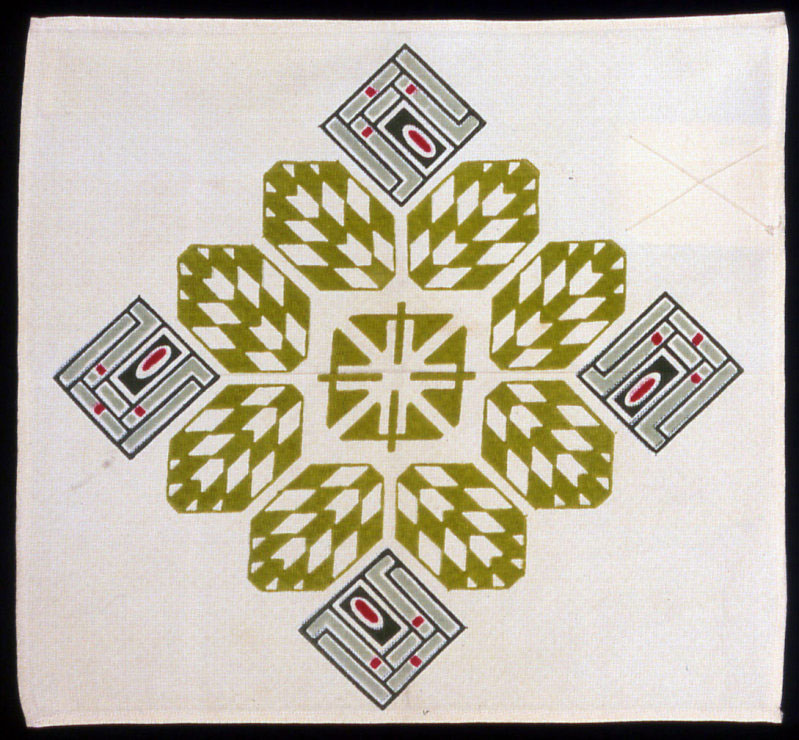 I have a feeling that Joseph Maria Olbrich knew about the Transformers before we did. 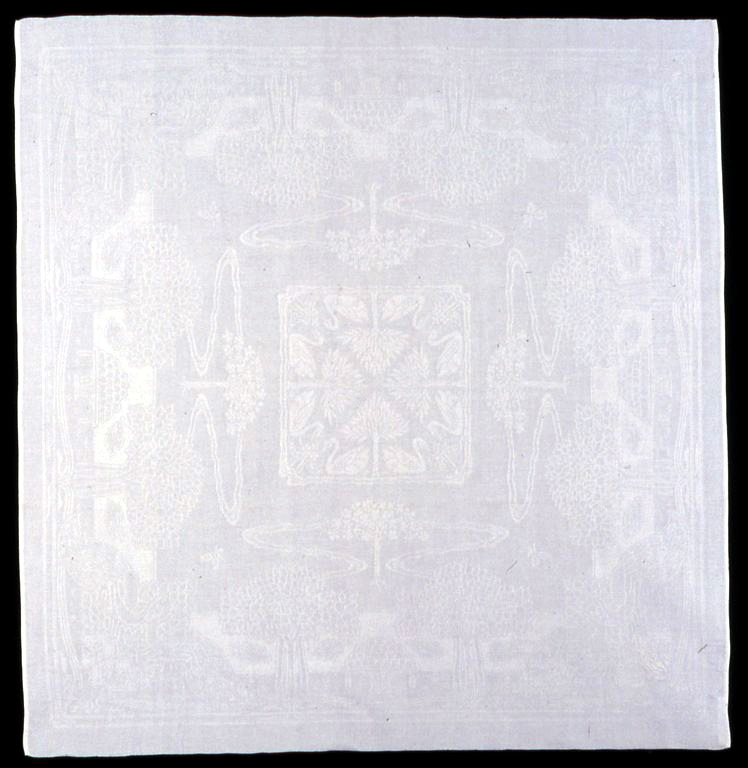 Can we get out the blacklight? I feel like there is a hidden image in here. 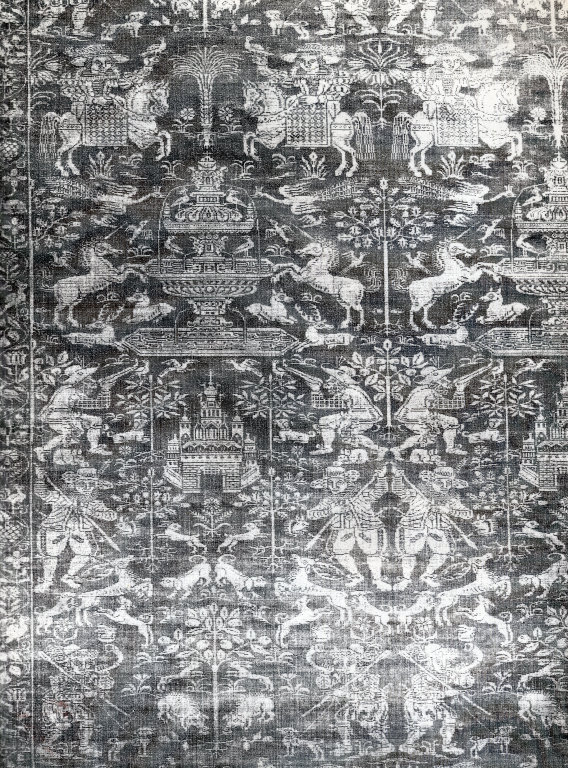 This comes from the time when napkins were made from xeroxed blueprints. 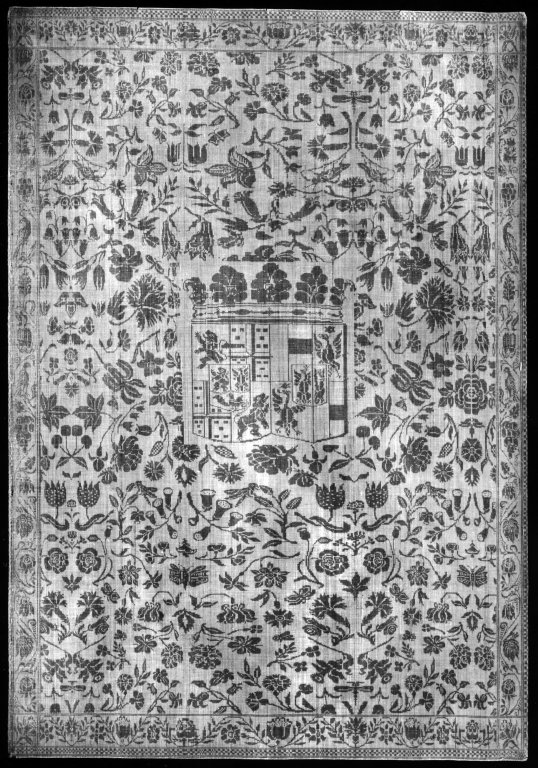 Northern Netherlands, Castle Nienoor (Provenance of Groningen) near Midwolde where they were buried near the church

This napkin was used for children as it gave them a maze to figure their way through. 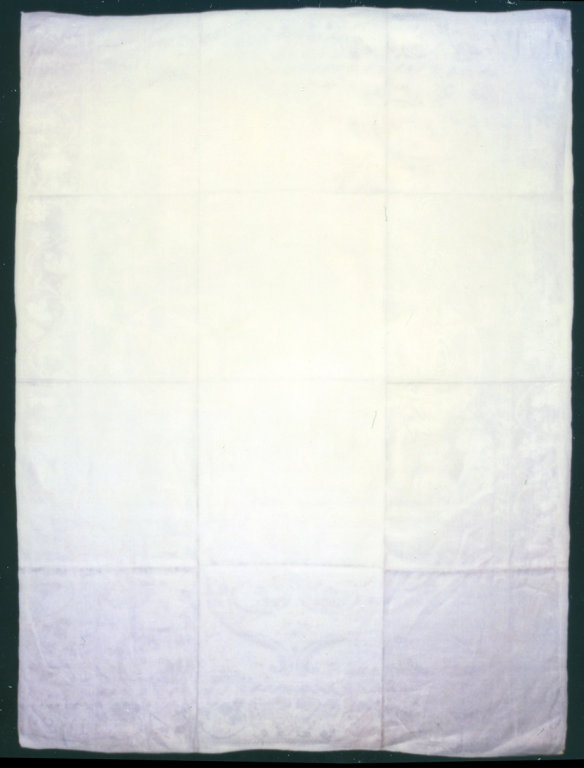 The precursor to folding paper towels. 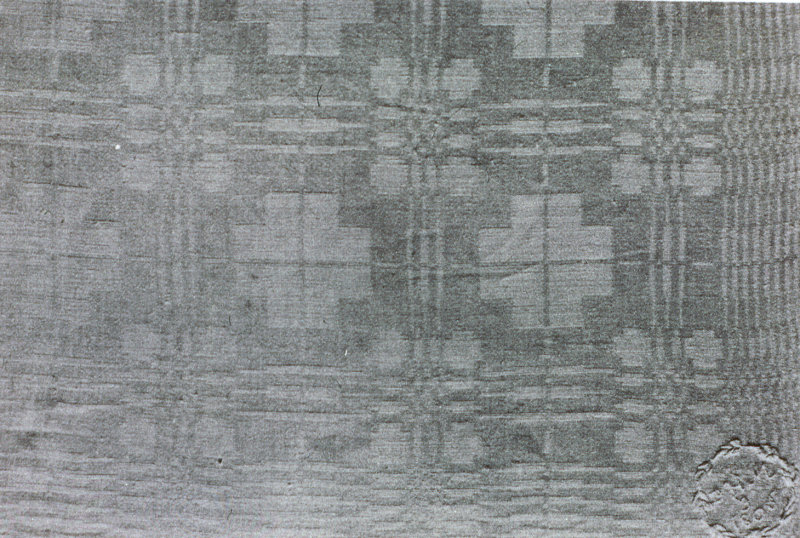 This section of Germany was known for their burly industrial workers. They were such big eaters that cloth napkins were not sufficient for their verocious appetites. Instead, they turned to using carpeting to brush the food from their face.

The invisible napkin. No photo available.

If you enjoyed this blog post, please retweet. Thank you.