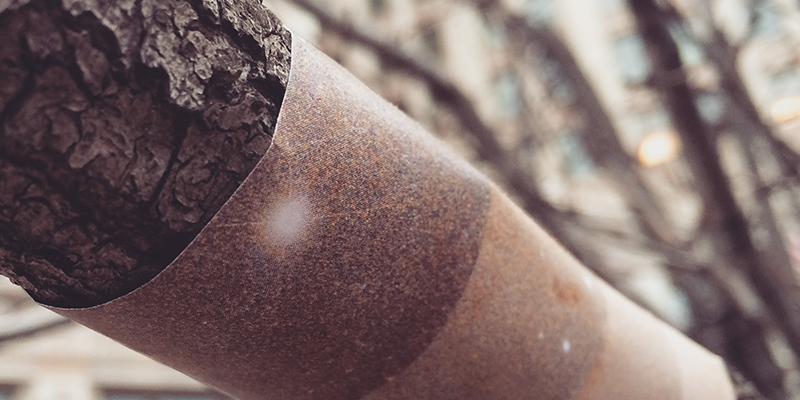 Every artist has their go-to methods when creativity runs dry. Tools like sketchpads. Working in locations like coffee shops. For me one of my methods is to make artwork to place on the front of Tribune Tower. 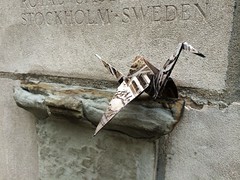 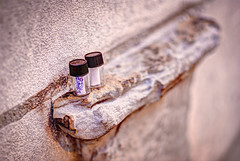 149 rocks from around the world are embedded on the exterior of Tribune Tower in Chicago. One of those rocks is a tiny ledge from the Royal Castle in Stockholm Sweden. Sitting on a busy tourist-filled sidewalk, this is perfect podium to hold tiny works of art for people to discover. I like to frequently place artwork here. This is one of my creativity buster go-tos.

If you leave artwork in a certain area enough times, that place becomes your gallery.

Earlier this year I made a book of 100 million stars for my fiancé using a super high-res image from NASA of the Andromeda Galaxy. With that image still fresh in my mind, I thought to use it on my public Tribune Tower gallery. 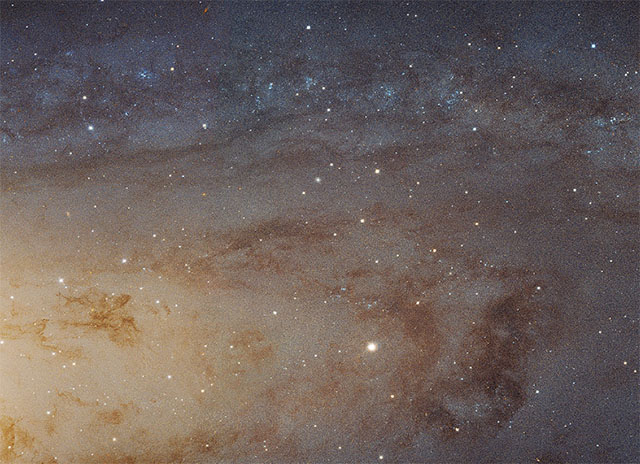 Originally I envisioned the paper hanging off the ledge like a tongue. But as I stood in front of the ledge with paper in hand, it was clear this strip of stars should be laid along the width of the ledge.

Honestly, the image wasn’t THAT compelling. Sure, it’s interesting seeing a random piece of paper with stars on it, but… uh, ok, what is really being said here? I guess it’s cool how the texture of the stars mimics the texture of the sandstone. As many stars in the sky as there is sand on the beaches. But the paper just sits there. Limp. Not sure of itself.

I left walking away thinking that maybe these strips can be wrapped around the poles inside Chicago’s CTA commuter trains. Or around fence poles. Against the foggy sky the Michigan Avenue trees were asking to have some art wrapped around their stark branches. A perfect place to wrap the Galaxy around! 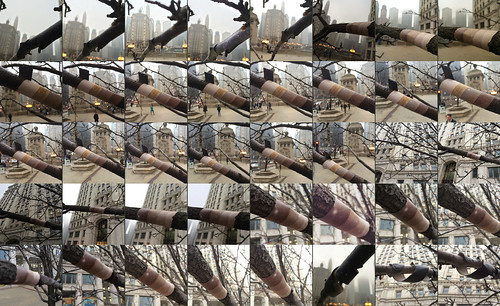 With my bad back, I climbed a top the damp sidewalk planter containing the trees to install a starwrap print around an aesthetically pleasing branch. The backdrop is wonderful at his location with the limestone Michigan Avenue bridgetowers. 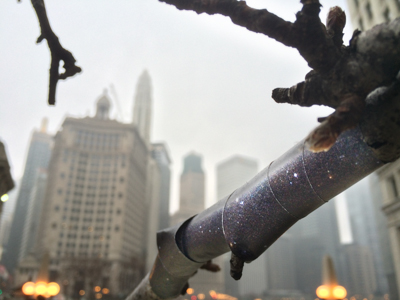 My first wrap wasn’t so successful as it was a darker section of the Andromeda Galaxy. The foggy sky had a light exposure which made taking photos tricky. Thankfully I can cut about 8 strips from one 11 x 17 print. After doing some climbing around, I finally took this shot: 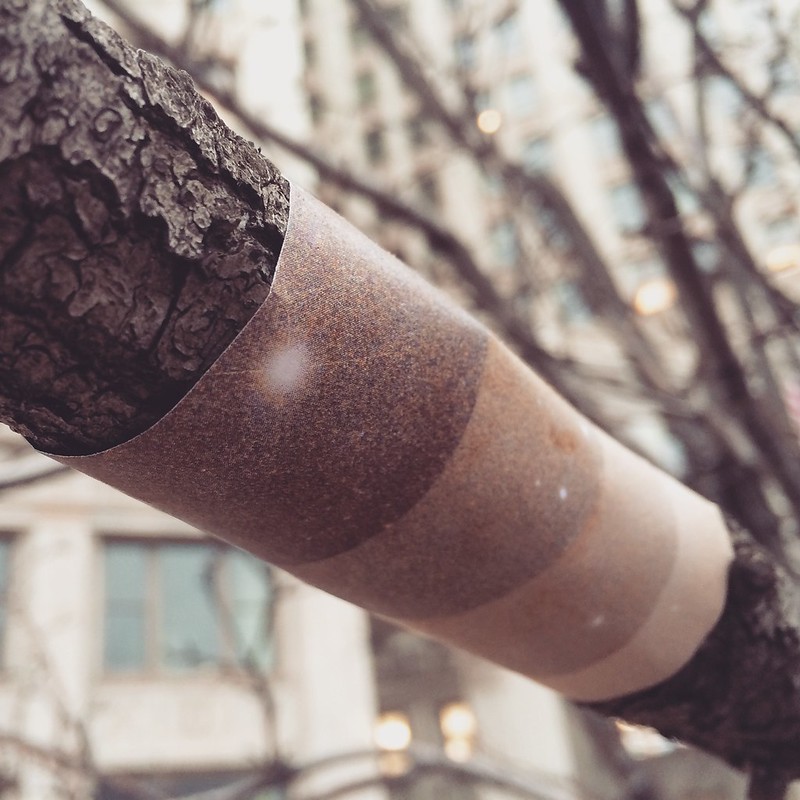 The placement of the star burst was completely unintentional when I was wrapping the branch. But the star totally stood out as I was photographing it, I decided to make it the hero of the photo. That star helps to identify the photo as being one of many stars.

It’s amazing that something so massively huge like a galaxy would wrap something small like a single tree branch. The contrast of scales is wonder-spoking (yes, I made up that word). Plus, with the close-style of photography, the texture of the tree branch is captured. You get a true sense of what that branch feels like, and its size. The photo reveals the truth of the branch. Yet, it’s wrapped by a galaxy–one with a texture all its own.

I’m excited to start wrapping more galaxies around other items in public. Perhaps the images I use can even feature different photos from NASA. Train pole wrapped by Orion Nubula. Fence pole wrapped by Pillars of Creation.