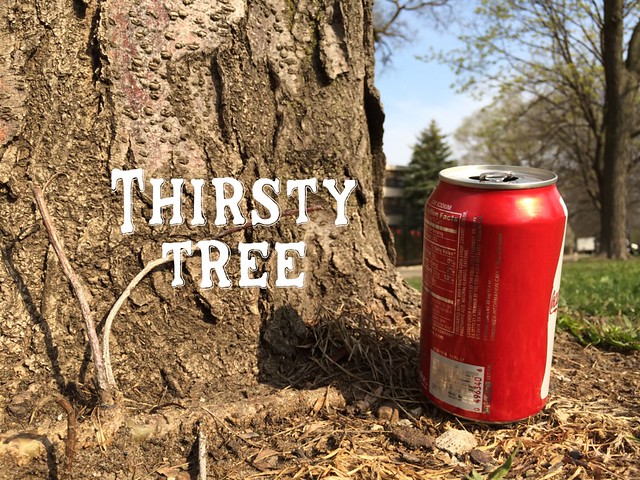 How would you caption this photo? What do you think a tree is doing with a Coca-Cola can?

This particular tree sits at the bus stop in Chicago for three semi-popular express bus routes, 136/146/148. The can looked kinda funny sitting there–especially since in the past couple days I’ve been drinking lots of Coke. Even the trees are drinking Coke.

Originally I shot this from the top down–the perspective of how I saw the can. But the photo looked pretty stupid. I crouched down snapping multiple photos of this empty can while another commuter watched. I felt a little self-conscious having that other commuter watch me. But who cares. I think it’s a funny story to imagine what a tree would be doing with a Coke can.

How would you caption this photo? Please leave your caption in the comments or on your favorite social media channel. This question has also been asked on Quora, Jelly, Google Plus, Facebook, and Twitter.