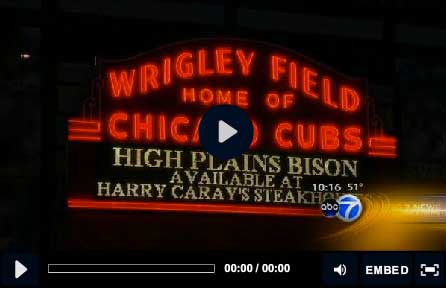 It bothers me so immensely when Wrigleyville residents complain about “how hard” it is to get home on game days. Um. Wrigley Field was here WAYYY long before any of its residents. 100% of the people who live in Wrigleyville moved there after the park was built. Every person who lives there should know that living by such a park can make it challenging to get home.

ABC 7 Chicago did a story on how Mayor Rahm Emanuel is pitching a “Fenway Play” for Wrigley Field. In this story, ABC included a sound bite of a resident saying that “it’s already hard to get home.”

Closing down Sheffield and Waveland doesn’t make any difference in your commute home. Those streets are basically closed on game day anyways. Only an idiot will want to drive down Waveland or Sheffield right by Wrigley on game days.

I lived 2-and-half blocks from Wrigley Field for three years during the late 90s. I never ever thought it was hard to get home. I took the red line home every day. Does the train get crowded? Yes. But it’s game day. You know that is going to happen. Enjoy having a great major league ballpark in your neighborhood.

If you don’t like it, then don’t move to Wrigleyville.