Those goofy cardboard sleeves around takeout coffee cups. What are they called? Today I learned they are called a Zarf. 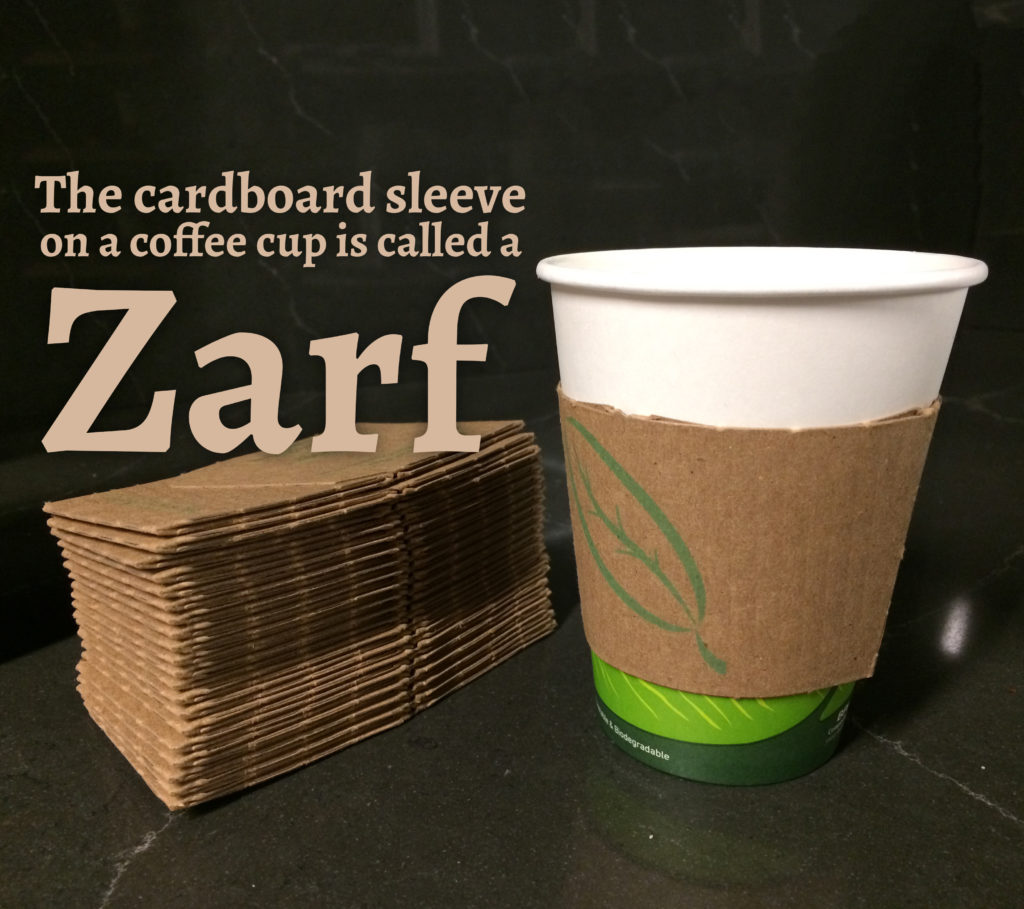 What an wonderful word. Zarf. How in the world is it such a cool word? Is that for real? Yes, it is real. Zarf is an Arabic word for vessel. According to etymonline, the usage dates back to 1836.

Do a Google Image search for: zarf coffee. You’ll get some incredible results for ottoman coffee cup holders. 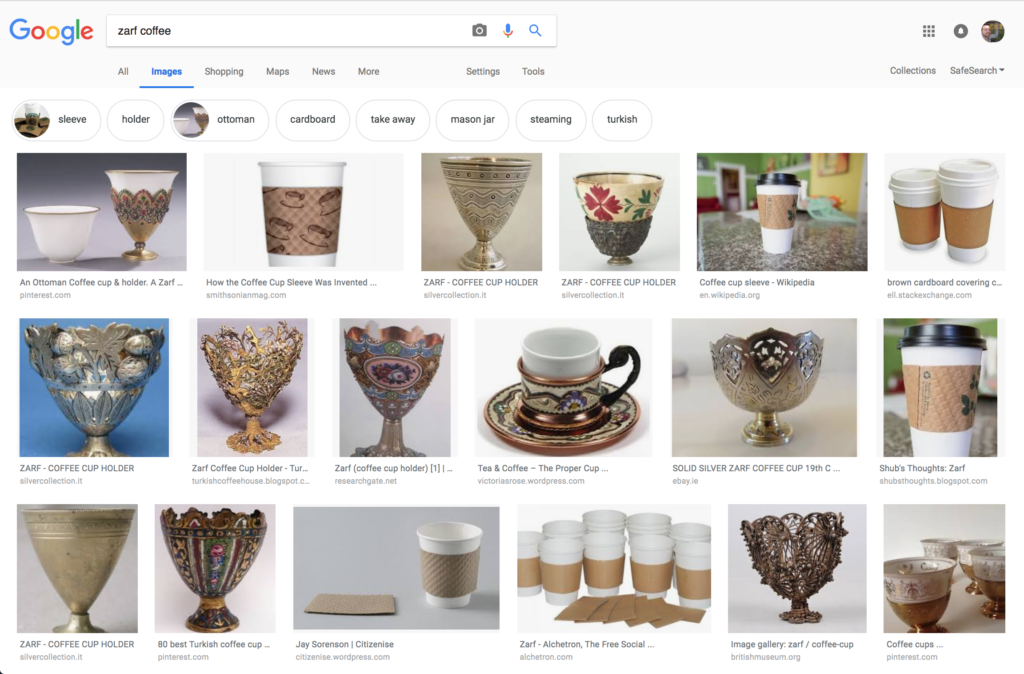 The search results for that are quite a contrast in cultures. The American cardboard holder next to the exquisite ottoman metal holders.

Giving props: I learned about the word Zarf via the Freakonomics podcast. Specifically, their “Tell Me Something I Don’t Know” live show:

A.J. JACOBS: Well that and I was able to squeeze in— I have a new book. It’s called Thanks A Thousand, and the idea is I went around the world and thanked a thousand people who had even the smallest role in making my morning cup of coffee possible. So I thanked the farmer who grew the coffee beans, and the trucker, and the logo designer, and the man who made the zarf.

JACOBS: Well, thank you. A zarf is, I learned, the official name for that little cardboard sleeve that goes around a coffee cup.

ZOMORODI: No way. Come on, that’s not the word for it. Zarf?

JACOBS: Zarf. Yes. And, just so you know, it has a long and glorious history. There were zarfs in ancient China made of gold and tortoise shell so—

Freakonomics is a great podcast, easily in my top ten favorite podcasts. Maybe in the top five. You can listen or subscribe at freakonomics.com/archive.

I plan on making a webcomic version of this blog post.