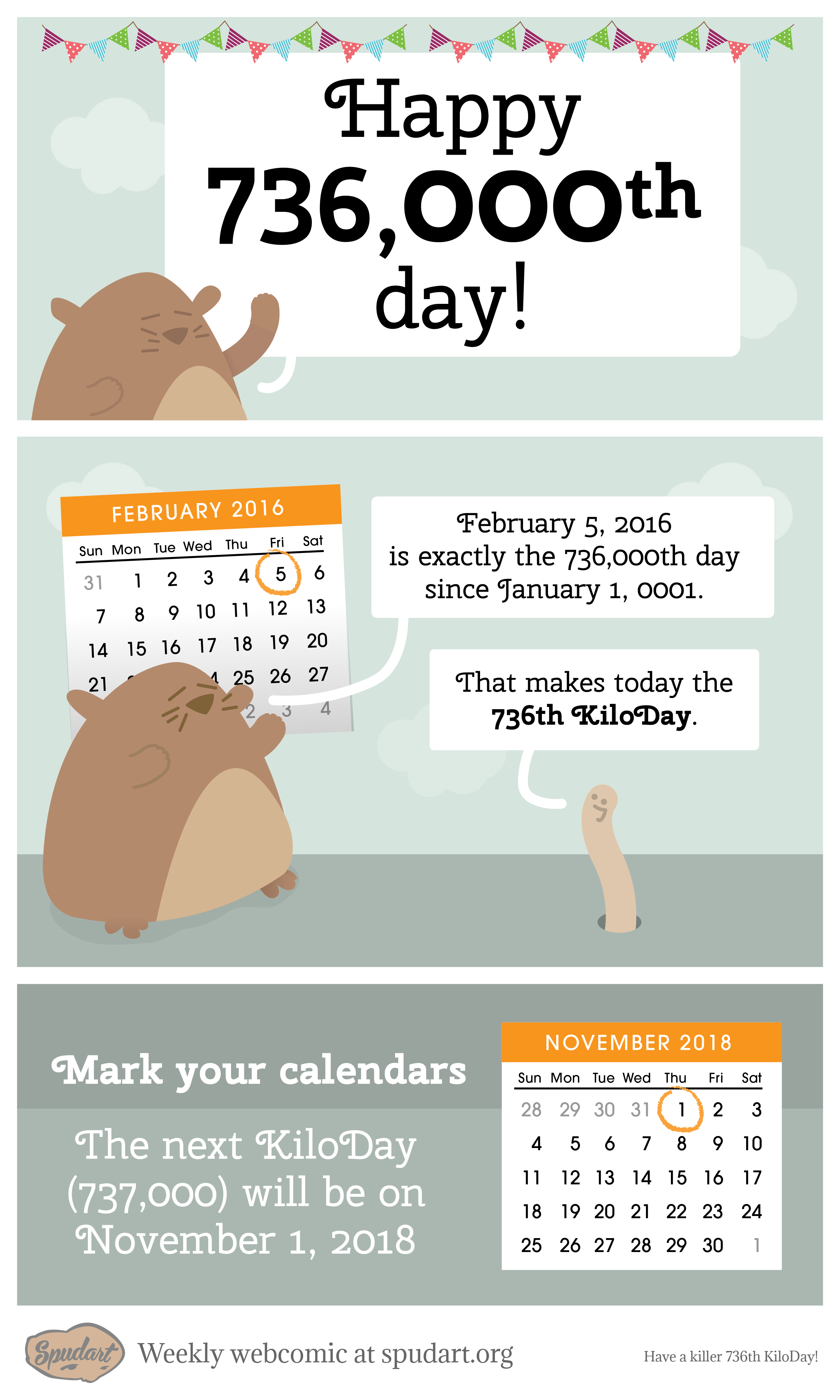 I went to timeanddate.com to double-check the math. On their homepage, they have a promo to print our 2016 calendar (archived screenshot). At first glance when I saw the image, I thought, “WOW! HOW DO THEY HAVE A PHOTO OF MY CALENDAR!” and then I realized, earlier this year I printed out their calendar and have it hanging up in my cube.

It is indeed 736,000 days since the start of AD. What would this special day be called?

Branden M came up with the name KiloDay via an instant message chat. The name is very fitting for the 1,000th day. We’ll have to wait another 2 years, 8 months, 27 days until the next KiloDay on November 1, 2018.

It would be cool if something like the Olympics happened every 1,000 days. Just to make us aware of how long 1,000 days is. What should be the celebration tradition for the KiloDay?

Here are the upcoming Kilodays:

And some of the past Kilodays:

I came across that old blog post by googling for “736,000th day“. Oddly, my blog post was the only result. Nobody else has ever written about the 736,000th day. 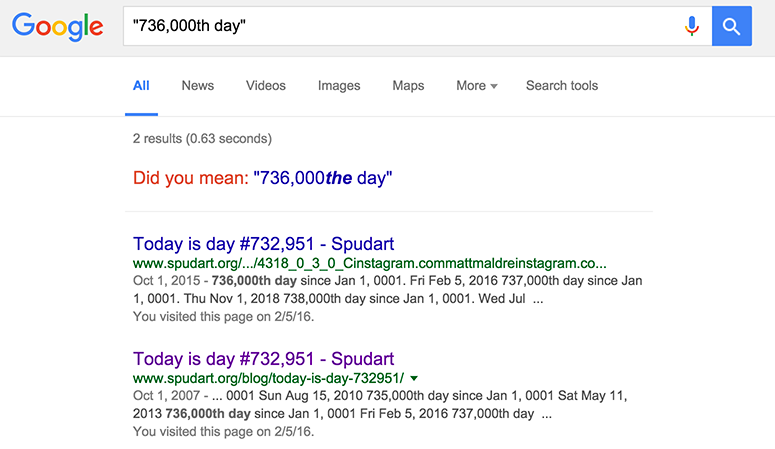 Now there are some results for: “736,000 days” but they are more in reference to mathematical formulas to calculate days–not for the celebration of the milestone of 736,000 days. Sometimes the Internet does seem small.