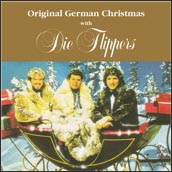 Here is the basic categories of German music.

You don’t want to hear me sing. Only a couple years ago did I even realize what singing on key was. Not that I can even do it. But I didn’t even know that existed until I played Karoke Revolution. I’m half German. So there you go.

I feel like there should be a point three. But I can’t think of one.

Yes, it’s unfair to categorize all German music under suckage. But seriously, there are about 1,000,000 German albums with no good songs.

What about that 0.00000001% of German music that is good? I like to focus on the good, not the bad. This post was about the bad. Let’s look at the good. I like looking at good. Good is good. Here are some good German Christmas songs:

(FYI, these links are supposed to jump you over to iTunes. They aren’t working for me in Firefox, but they work in Safari. Internet Explorer? I have no idea.)

Not available on iTunes:

However, these are all Christmas songs. Germans can do Christmas. But what about regular songs? I’ve tried searching all over the iTunes store for some non-christmas German songs, but can’t find any. I’ve tried searching for German Pop. German rap. German ich. German dance. German alternative. If anyone knows of any German music that is good. Please let me know.

what about yodeling? German yodeling is great! YO-DEE-LAY-HE-WHO! That certainly accounts for more than 0.00000001% of German music.

say it with me now: YO-DEE-LAY-HE-WHOOO!

Die Prinzen is one group I learned of in my high school German class… I can only vouch for a couple of their songs though.

Moose, I’m shocked that you are not defending the german yodeling more vehemently. In the instant message that inspired this post, you were much more adamant about german yodeling. Maybe your passion for german yodeling has worn off in the time since. Sarah, Ahhh soooo sprechen sie Deutsch! Oh wie sch n! I think my German classes in high school are part of the reason why I can’t take German music seriously. Our German class was like… oh how do i describe it. I’m sure Moose can do a better job than me at this. German classes were just not that serious. We just had fun and goofed around. Good times. Now the classes at IWU. That was just a mistake. Learning German at eight in the morning should just not happen.

Ha, yeah my HS German class was about the same… the teacher was a fun and super nice lady who was really excited about German, but it was always easy to persuade her that we should have “Freizeit” and watch silly videos. My friend Katie was usually in my classes; we still have a special place in our hearts for “Die Da” by Die fantastischen Vier. http://www.youtube.com/watch?v=8Ng4Liv2OM0 but yeah, it’s 1990s German rap, so that’s not going to solve your problem of finding good German music. haha. In college I dropped German and focused on Spanish but my two roommates both took German… I think I made the right choice :p

http://www.youtube.com/watch?v=RO10s_HK6d0 Maybe that will work better.

Die rzte – German Pop-punk band. check out Friedenspanzer and m nner sind schweine. Oomph!! – German Industrial/rock band. Supernova and Augen Auf are both good ones. Fettes Brot – German rap/hip-hop. Nordisch by Nature is like a german rapper’s delight. Die Prinzen – German Alternative/pop. haven’t heard a lot but the song Deutschland is good. Groove Coverage is a good German Techno group although most of their songs are in English.

One word for you (well one word and a link): Heino http://www.youtube.com/watch?v=kM-v5ShRyUo no need to thank me! 🙂