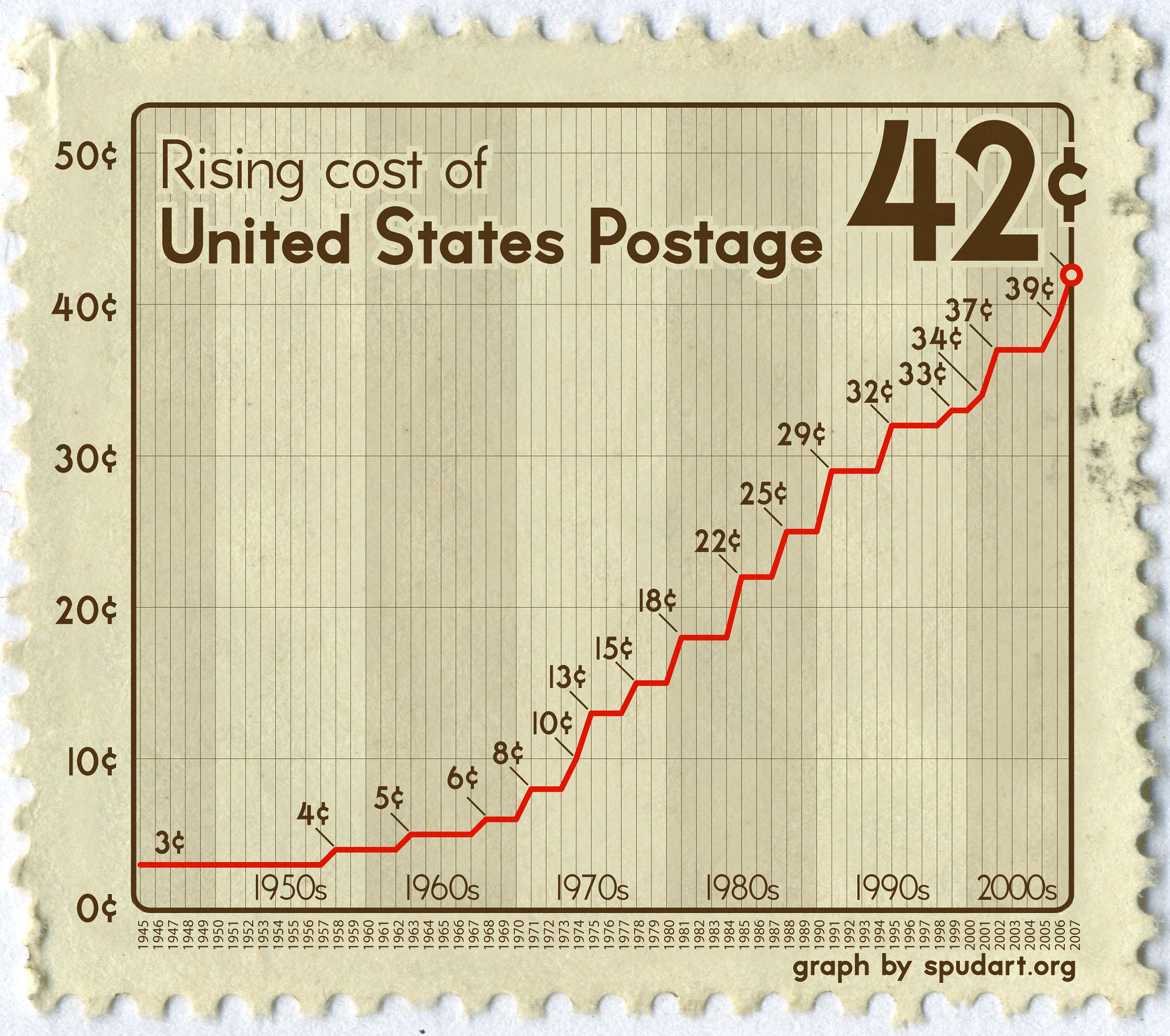 Every decade since the 1970s has seen around eight to ten cents increase in the cost of a stamp.

Thanks everyone! I like how the graph ended u looking like a stamp. Originally I was just gonna put the graph onto a stamp shape. But then when the 42 ended up in the corner, I figured that it would be neat to make it really big since A) it would look like a stamp. B) 42 is the hot new number that stamps are might be going up to, so might as well punch that number big.

I also think it’s amazing that when you sign up – and pay for – the USPS’s Premium Forwarding Service at the Loop post office station, that they are unable to get the paperwork from the counter to the basement of the same building to put the forwarding in place! And it wasn’t long ago when calling Europe from the US was a dollar a minute. I am willing to pay the fair and accurate cost for a service. But when the service costs are not justifiable, and most of the payroll is stocked with people that don’t believe in accountability, that is when I stop sending thru USPS and pay more for the reliable and accountable UPS.