Mr. cocky fencer Jerome Jeannet of France (currently ranked 2nd in the world) won the gold medal in 2004. He clashed sabers against underdog 57-ranked Estonian Nikolai Novosjolov in the second round of the 2008 Olympics in Beijing. 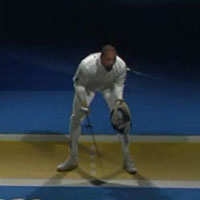 Let me tell you, Jerome Jeannet wasn’t handling things very well as he was down against Novosjolov for most the match. He yelled at the umpire on one call. He would drop his helmet to the ground during breaks. Estonia was up 9-5, and 12-9. With a jab to the Estonia’s neck, France tied up the match 12-12. 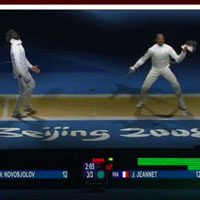 Then as France took the lead 12-13, he took off his facemask and yelled. Did we see any drama when Estonia tied it up 13-13? Nope. The crowd went wild when the match was tied up in a double-hit by both fencers making it 14-14. 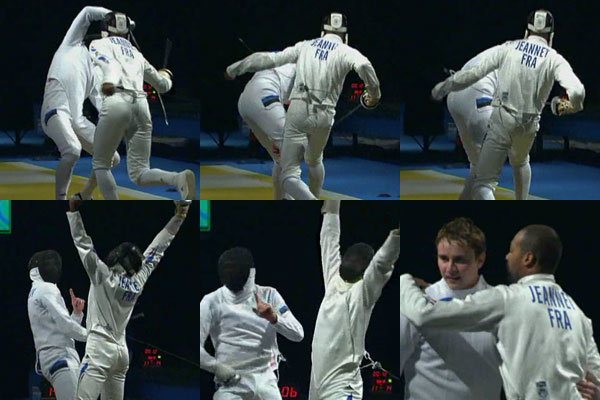 Then there was some controversial call at the end, when Estonia blocked an attack and then France hit Estonia in the butt (in epee fencing, the entire body is a target). Estonia almost pulled a huge upset, but France narrowly won in the end.

Was France talkin’ smack about fencing like they were to the U.S. about swimming? Cuz we showed them! Boo ya!