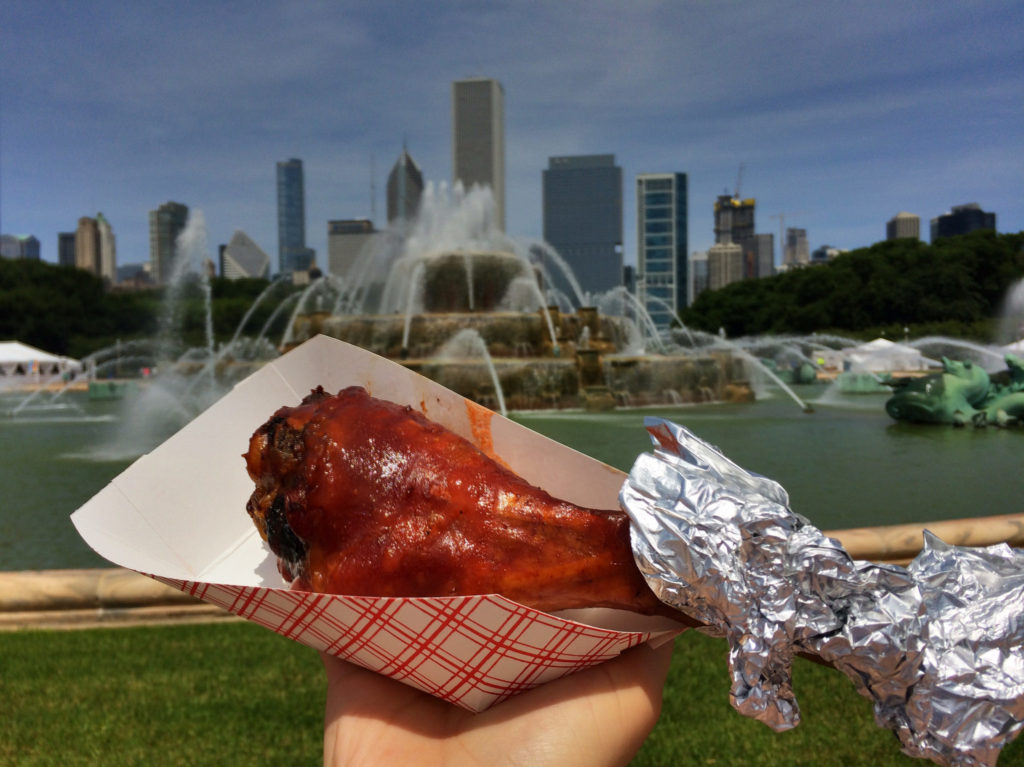 The giant drumstick was introduced at the Taste in 1981 by Tim McGivern of Great Godfrey Daniels restaurant in Skokie. Once his restaurant closed in 1996, he partnered with several other restaurants to bring the turkey leg to the Taste over the years.

Timeline of the Taste Turkey leg

I’m not sure if Tim McGivern partnered with Premier Rollin BBQ in 2018. But I did get a turkey leg at the start of the Taste. This year you could apply your own BBQ sauce. I didn’t want to go full Fred Flintstone, so I squirted on a little. It was really good!

This year the turkey leg booth is right across from another Chicago icon, Buckingham Fountain. Perhaps the Taste planners intended this connection. Also, the turkey leg booth was the only one standing by itself. It was almost like the planners thought people would be flocking to to this booth. STAND BACK! GIVE THE BOOTH SOME ROOM. (note, the Buckingham fountain was right behind me when I shot this photo)

When I arrived at about 12:30pm, there was NOBODY there. Like, no line. Nobody.

I walked right up and ordered my turkey leg. While briefly waiting, I grabbed a ton of paper towels and stuffed them into my pockets. The glorious leg came up right away.

With my turkey leg in hand, of course I had to take a photo of this food icon with another Chicago icon in the background—the Buckingham Fountain. Especially since the fountain is right there.

Seven years ago the turkey leg acted as fashion shoot model in front of the fountain. I had my tripod and set up a fancy duct-tapped rig to pose the turkey leg just right. 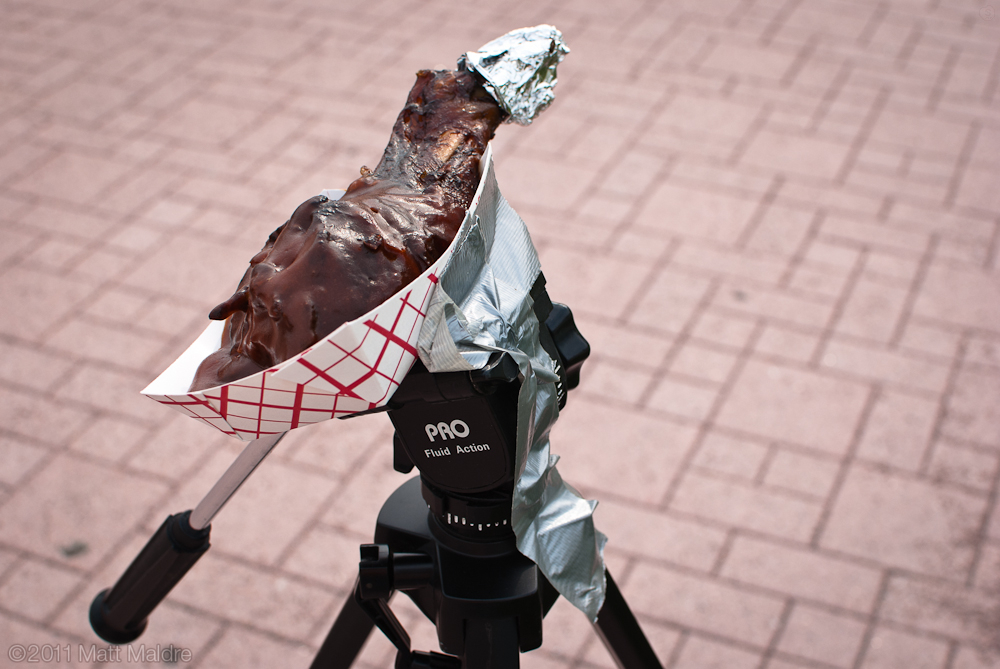 I would re-engage in this photo tradition again. Only this year, I had no fancy rig set up with a tripod. Just merely my hands and my iPhone. 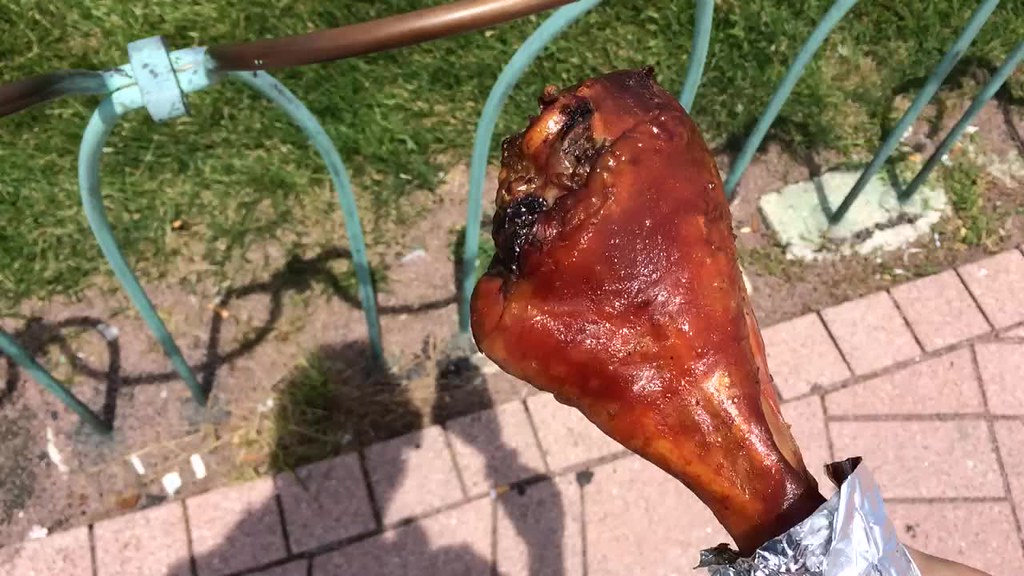 As seems to be with tradition, people were walking by commenting about the turkey leg exclaiming, “The turkey leg is back!”

Then I sat down among the quiet manicured bushes in a shady spot to eat it. Nobody was around, except one homeless man sleeping on a bench.

Would the turkey leg be REALLY good, since there wasn’t a huge line of people forcing them to cook the legs too fast? Or will it be not-as-good, because the legs sat there, unpurchased.

I had no shame as I removed my work dress shirt, and wore just my wife beater undershirt. Sitting off to the side, I dove in.

The meat was a bit too pink for me. And it overall felt a little bit smaller than past legs. But as with this item, it’s no so much about the quality, but the experience.

The act of sitting down without my shirt on, eating a turkey leg in the shadows of the Taste was fun. With my shirt off, I felt a bit like a cave man. That is, a cave man with paper towels coming out of his pant pockets.