When did you first discover the webcomic xkcd? If you don’t know about this webcomic, you need to read it NOW.

A search through my hard drive resulted in a couple archived instant messages. Earliest reference I have to xkcd is on November 27, 2006. My brother Erik shared xkcd with me through this instant message:

Rather funny that back in 2006 I was asking what Ubuntu is (considering that this year I’ve been learning CentOS). A couple days later in November 2006, Erik and I were talking about comics again, where I quiped:

Pretty funny that I didn’t like the name of the comic, because now I love the comic. A year after, appeared my first blog post about xkcd. Instead of calling it dumb, I described it as wonderful.

Doing this Mac OS search for “xkcd” gave some funny results. Showing up are email files with “xkcd” is inside the hexvalues of an encoded image: 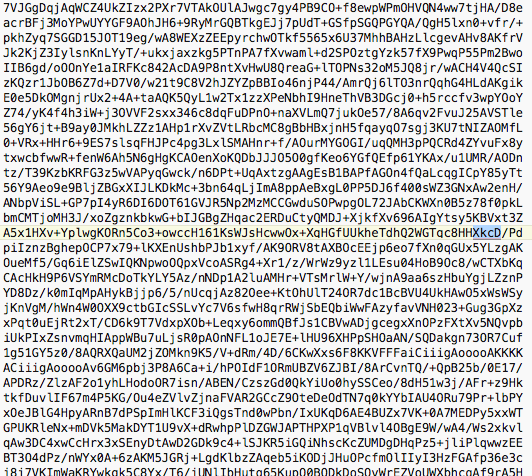 Something tells me the xkcd creator would enjoy seeing xkcd inside the hexvalues of a jpg.

That xkcd about console lines that my brother shared with me in 2006 was number 186. The comic is now on #1747. It’s fun to see how xkcd progressed. #3 is just a drawing of an island. #7 is a sleeping girl. These random drawings a reminder to me to keep my own webcomic loose and quick.

Abhay says Bobby Tables was his first xkcd: https://xkcd.com/327/
Sparx’s earliest reference to xkcd is an email with http://xkcd.com/237/