Chicago hit 9 degrees below zero last night. Antarctica in its summer reached negative 13. That’s just four degrees difference! Where are are the penguins! I want some penguins walking around Chicago.

Last year in 2008 we got within 14 degrees of the South Pole. (Also, these temperature readings are from the Amundsen-Scott base in Antarctica. That’s the true South Pole. Don’t be mislead by people who say they go to Antarctica, but only go along the base. Those areas are like a beach compared to the impenetrable South Pole.)

dude! yeah. that’s so cool! I just posted a screenshot to capture this moment. 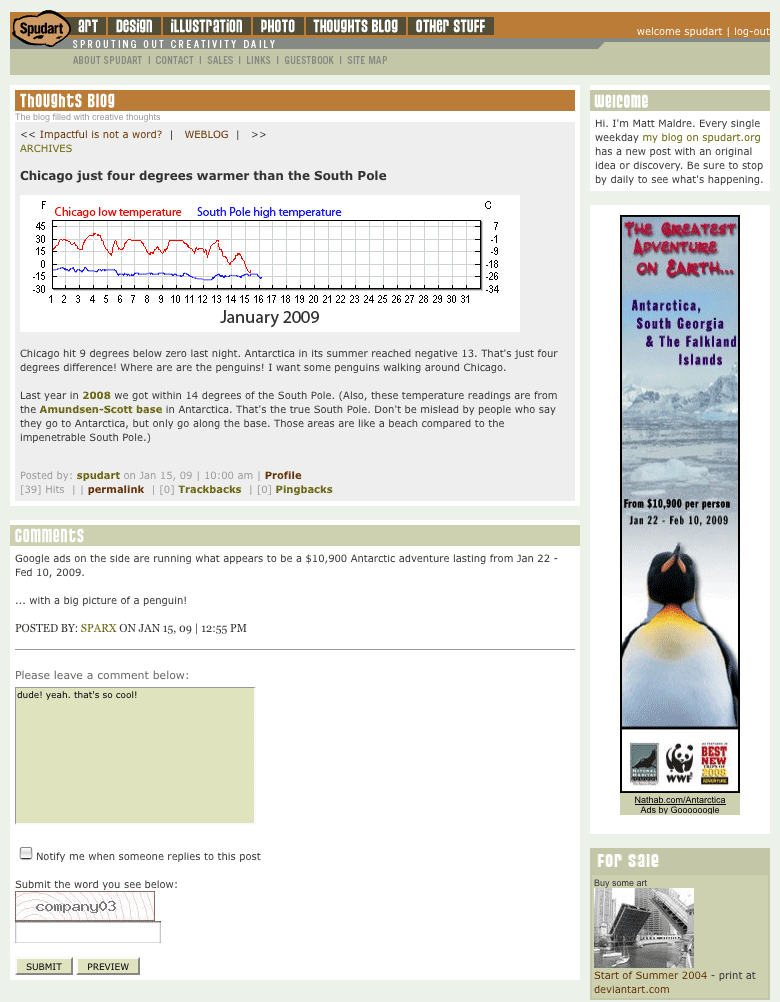 The air temperature right now is -15

On January 16th, Chicago got down to -17, while the South Pole got -18. CHICAGO IS ONLY ONE DEGREE WARMER THAN ANTARCTICA. SO CLOSE!!!

so close, we could taste it!

All I could taste was sushi. Despite the sub-zero wind chills, I walked to sushi last night. Neither wind nor cold nor snow nor dark of night [further punctuated by my wearing o’ the sunglasses to keep the wind out of my eyes”> can keep me from my appointed sushi rounds!

I hope the sushi was not walking around on the table!

No, the sushi was loving the chill and and in its element, simply hanging out until it was time to fulfill its duty!

tom, you need some sunglasses with fleecy or furry frames, to wear in the winter. so they aren’t cold on your face.