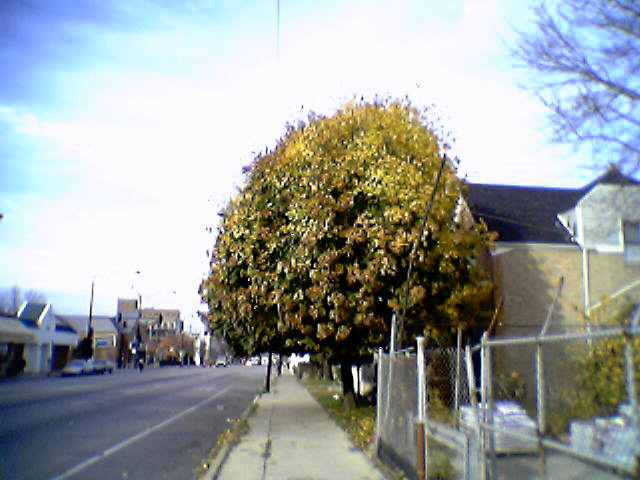 It always shocks me how many people have such a love affair with their cars in the city. The Chicago Tribune reported that my street Lawrence Avenue will have wider sidewalks and less lanes. Many people complained about the move. It befuddles me. Tell me car drivers, do you hate people who walk?

Are cars the most important things in our life? Your comments reflect that attitude.

What needs to happen in the city is to have the following:

We certainly don’t need more people driving cars. This move to make Lawrence more friendly and a BETTER PLACE TO LIVE is a great move. People who live to drive their cars should drive their cars out to the burbs and stay there. This is a city. Not a suburb.

You know who else commented on this article? Our very own Tom! Can you believe it! After I left my comment, I read the rest of the comments and Tom was on there! It was like bumping into him out in the middle of cyberspace. Hi Tom! I totally agree with Tom’s super great comment:

I think that is a fantastic idea! It may be a move towards the ban on all personal automobiles for which I’ve been in favor of for the last 10 years. Chicago needs to look at the pedestrian-culture cities around the nation and learn that it is a very walkable city and that sidewalks should take precedent over autos. Sidewalks should be comfortably wide (at least wide enough that 2 wheelchairs can pass each other. Sidewalks should be routinely cleaned of garbage. Sidwalks should be continually monitored for for damage so that they can be repaired. But most of all, sidewalks should be plowed and scrapped of ice and snow.

Intersections with roads that are 1 human foot wide are dangerous and in my mind, totally ludicrous. Let’s start with putting some downtown streets on this diet. Often people aren’t given enough time to cross a 5 lane intersection before the DON’T WALK sign starts counting down. Lastly, let’s turn State Street into the pedestrian mall it once was.

My typos notwithstanding, I think we both made some good points. I think it’s quite fun that you bumped into me in cyberspace! Speaking to snow and ice removal: I learned through a newletter from my Alderman that you can report non-snow/ice removal from sidewalks to the city via the 311 non-emergency number. The law states that sidewalks are required to be cleared! Who knew!?

Well said. Some folks need to be reminded that it’s people that make cities, not cars.