If people dressed up as famous artists when visiting museums, who would you go as? I posted this question on the Spudart Facebook Page and got some fun replies.

Imagine how fun it would be to see Frida Kahlo casually walking around an art museum. “OMG I just saw Frida Kahlo walk by! Did you see that? Wow. She’s spending a lot of time looking at Diego Rivera’s paintings.” Or if you saw Laszlo Moholy-Nagy taking a look at a photo exhibit. He would be heard saying, “The illiterate of the future will be the person ignorant of the use of the camera as well as the pen.”

What famous artist would you dress up as? Please leave your comments below.

I would go as Joseph Beuys. With his distinctive hat and multi-pocketed vest, his costume would be subtle, but cool. Plus I’m a big Joseph Beuys fan. The performative nature of his artworks peaked my curiosity in college. Especially his positive outlook of healing Germany’s culture after World War II. He was often contrasted with Andy Warhol who was extremely separated from his work, to the point of where Warhol wouldn’t even make his own prints. Beuys not only made his own work, he was often the artwork itself.

Beuys is known for the preaching is great ideals that “Every human being is an artist.” Another part of walking around the museum dressed up as a famous artist is to say aloud some of the artist’s famous quotes. With Beuys I would say some of the following:

I’ve added over 30 more pins to this board. 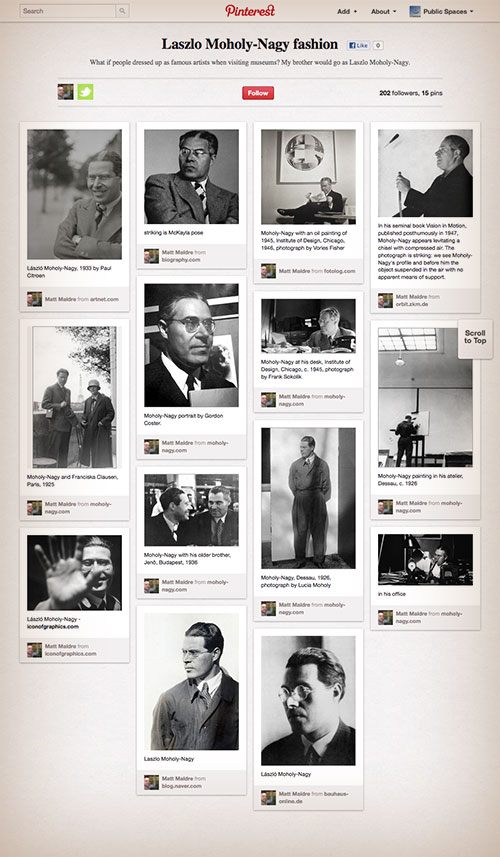 What famous artist would you dress up as?

I’m on the lookout for a hat that looks like the one Joseph Beuys would wear.