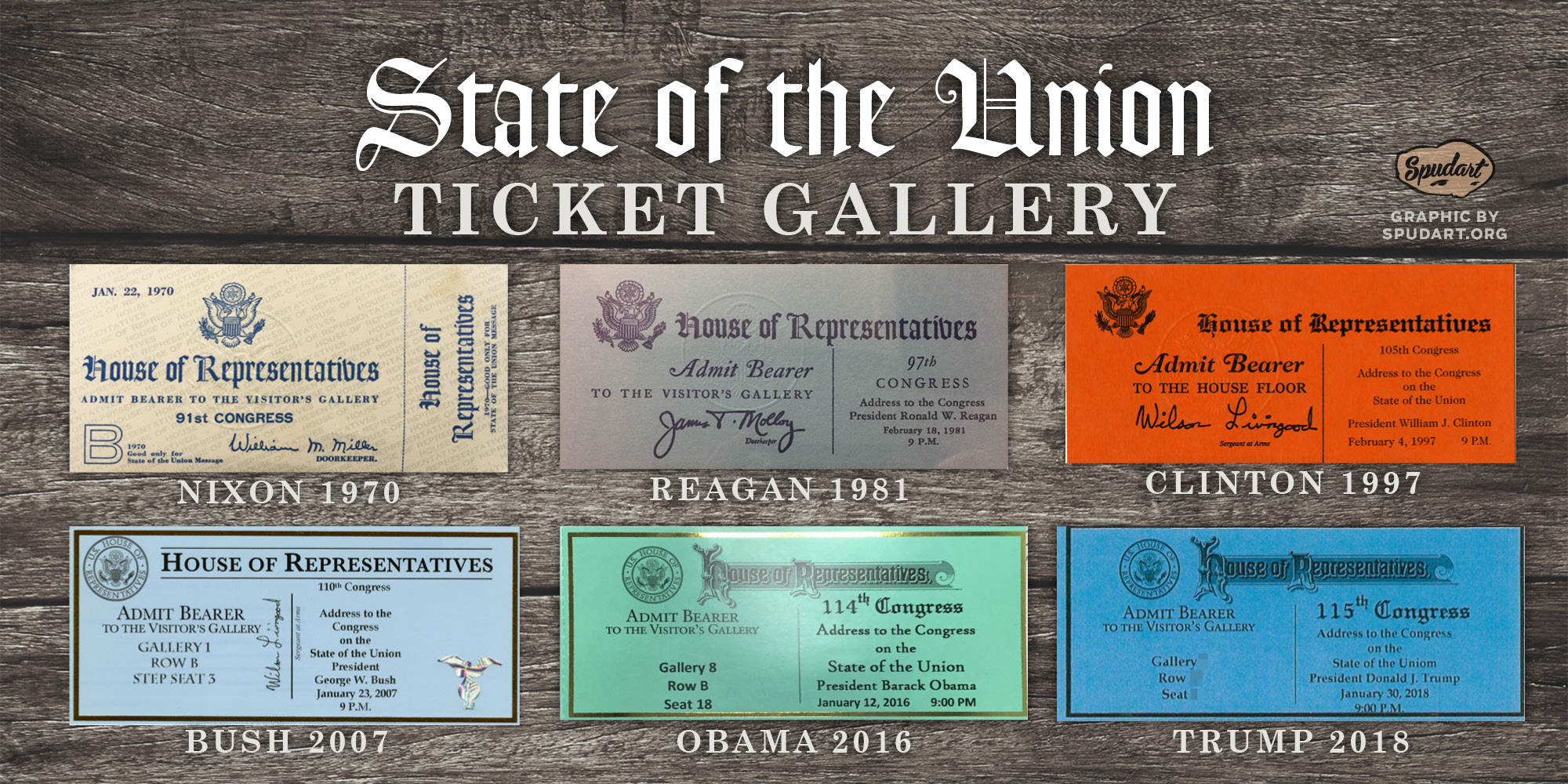 Ok, the typo is pretty bad, but many other questions loom.

This is a ticket to one of our country’s biggest annual events, but instead, it looks like a hall pass.

Who is responsible for managing the tickets?

The House of Representatives webpage for the State of the Union says, “Seating in the gallery is for ticket holders only and is coordinated by the Sergeant at Arms of the House.”

The Honorable Paul D. Irving is the Sergeant at Arms, sworn in on January 17, 2012. Prior to this, Mr. Irving was an Assistant Director of the U.S. Secret Service from 2001 to 2008, serving as a Special Agent with the Secret Service for 25 years. 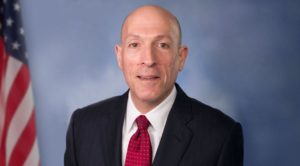 Why do the tickets look so bad?

The typo may be on Paul Irving, but the design of the cards has always looked this bad since the redesign in 2007. Let’s take a look at how the State of the Union ticket changed over the years.

Gallery of 14 State of the Union tickets

The earliest ticket I could find is from 1970, so we’ll start from there. This has to be the best ticket ever issued.

Oddly missing is the President’s name, Richard Nixon. Other than that omission, can we please go back to this ticket design?

By 1981 the ticket became quite simplified. We see for the first time the rough construction paper used on the current ticket. The typography layout is actually pretty nice. I feel like I’m playing a board game from the 1950s with this card—I mean ticket.

By the end of Reagan’s two terms, the size of the text on the right becomes quite small. Not quite as graceful as the start of his first term in 1981.

I’m not sure why there are two different colors for the tickets, blue and red.

George Bush kept the ticket pretty much the same as his predecessor. 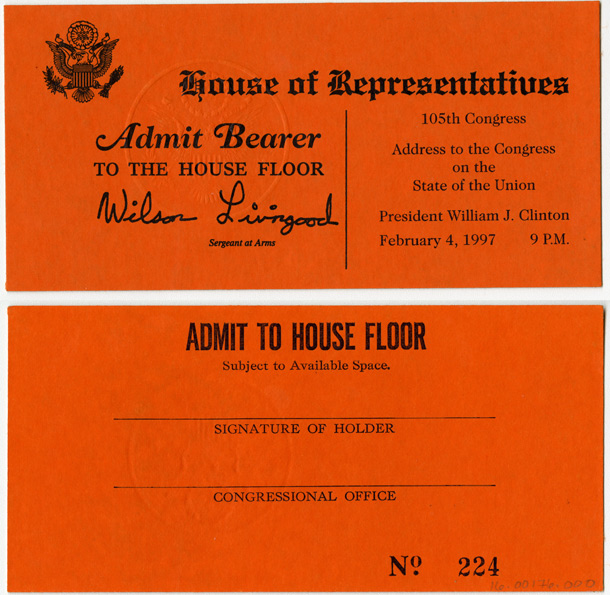 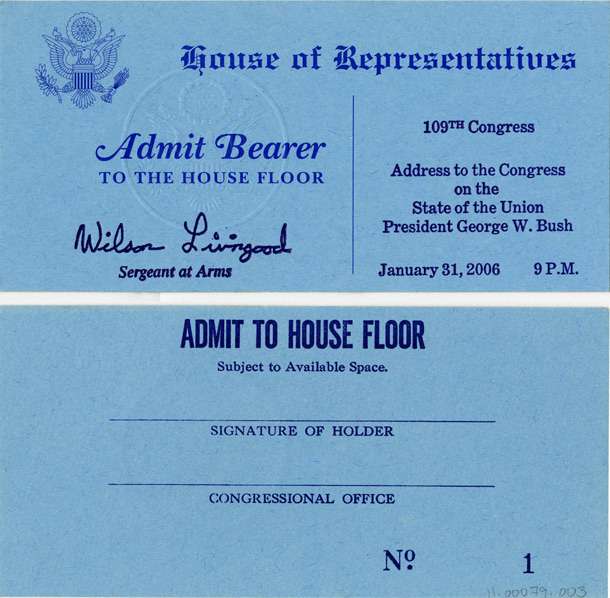 George W. Bush didn’t make any changes for a number of years. 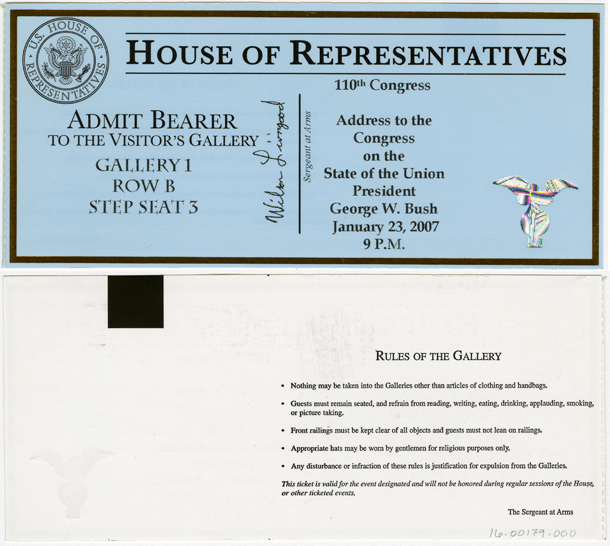 Then at the end of Bush’s second term, they decided to change the look of the ticket—probably in the name of “modernizing” it. For the first time since 1981, we have a redesign of the ticket. 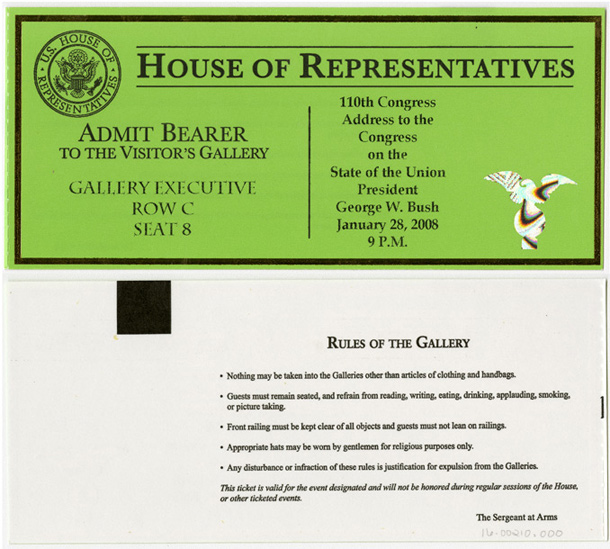 They kept the same bad design from the year before. But this time, they removed the sideways signature of the Sergeant of Arms.

Near the end of Obama’s second term, they redesigned the ticket.

Trivia about the State of the Union tickets

However, in 1913 Woodrow Wilson started the tradition of giving the address in person. I couldn’t find a State of the Union ticket for 1913, but here’s how the tickets looked for the House of Representative guests in 1913. (via house.gov) 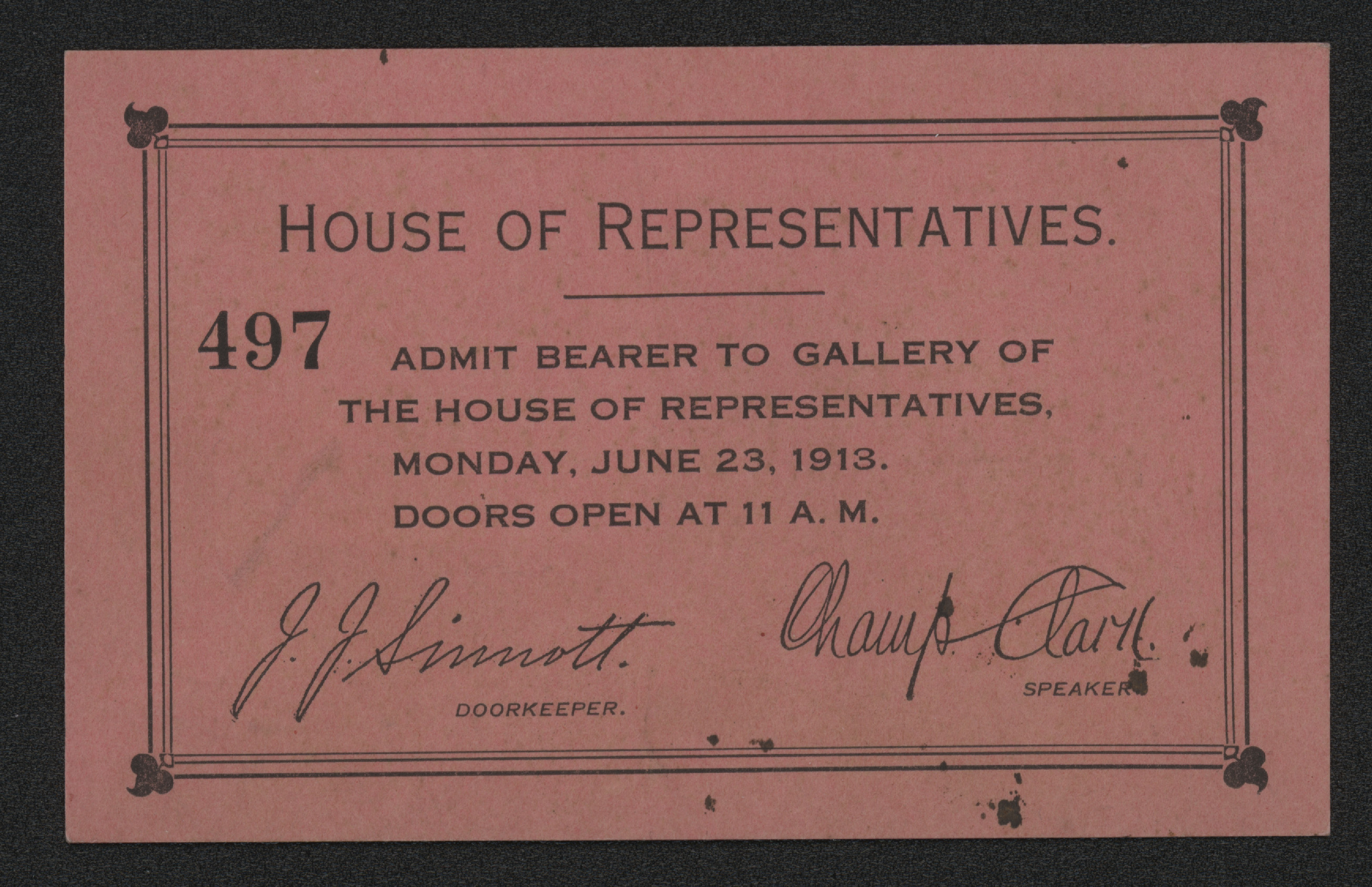 As of nearly 18 hours, since the “Uniom” typo was discovered on the State of the Union tickets, nobody is selling their typo tickets on eBay.

On Bush 2007, Gallery/Row/Seat is a different font, but the HoR, Admit Bearer, and Address to the Congress are all Baskerville, albeit different weights. Still crappy looking like the rest, but FYI on those fonts being the same one.

Thank you, Nana. I updated the blog post to include your observation.

I found out that Reddit has no subreddit for this blog post about the history of State of the Union tickets. It falls into a weird niche.
* On the r/politics, they don’t accept links from non-whitelisted sites (I know this, because I submitted my link, and it got rejected because spudart.or is not on their whitelist.)
* On the r/design, they don’t allow posts involving politics.

I’ve run into the same dilemma with blog posts about art. There is no subreddit for art articles. the r/art wants only image posts.

The ticket for this year was printed on nice paper, with a shiny border. I have a high resolution photograph of a diplomatic ticket, and a ticket for the speaker of the house’s guest box if you would like them! Very very cool article!

Thank you, Joe K! I’ll send you an email.