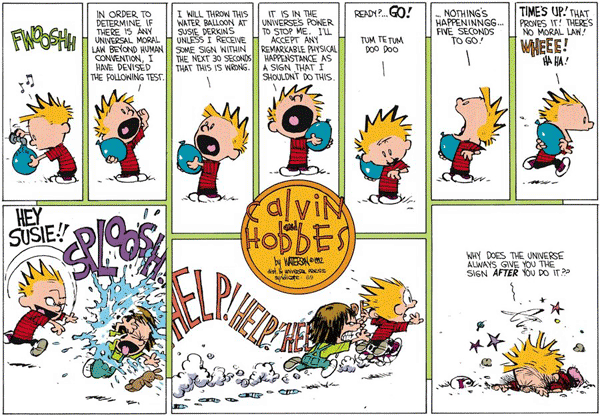 That one panel where calvin throws the water balloon is brilliant. All the action summed up in one panel. Other comic strip artists would have put the “HEY SUSIE!!” in another panel. But here Watterson takes both actions–the before and after and puts it into one panel. In fact, it’s three actions. The before (warning), the action (the throw), and the after (the impact)

And notice how susie doesn’t appear before that panel. It’s only in that one grand summed panel where she first appears. Brilliant.

Calvin and Hobbes is the ideal comic on many different levels.