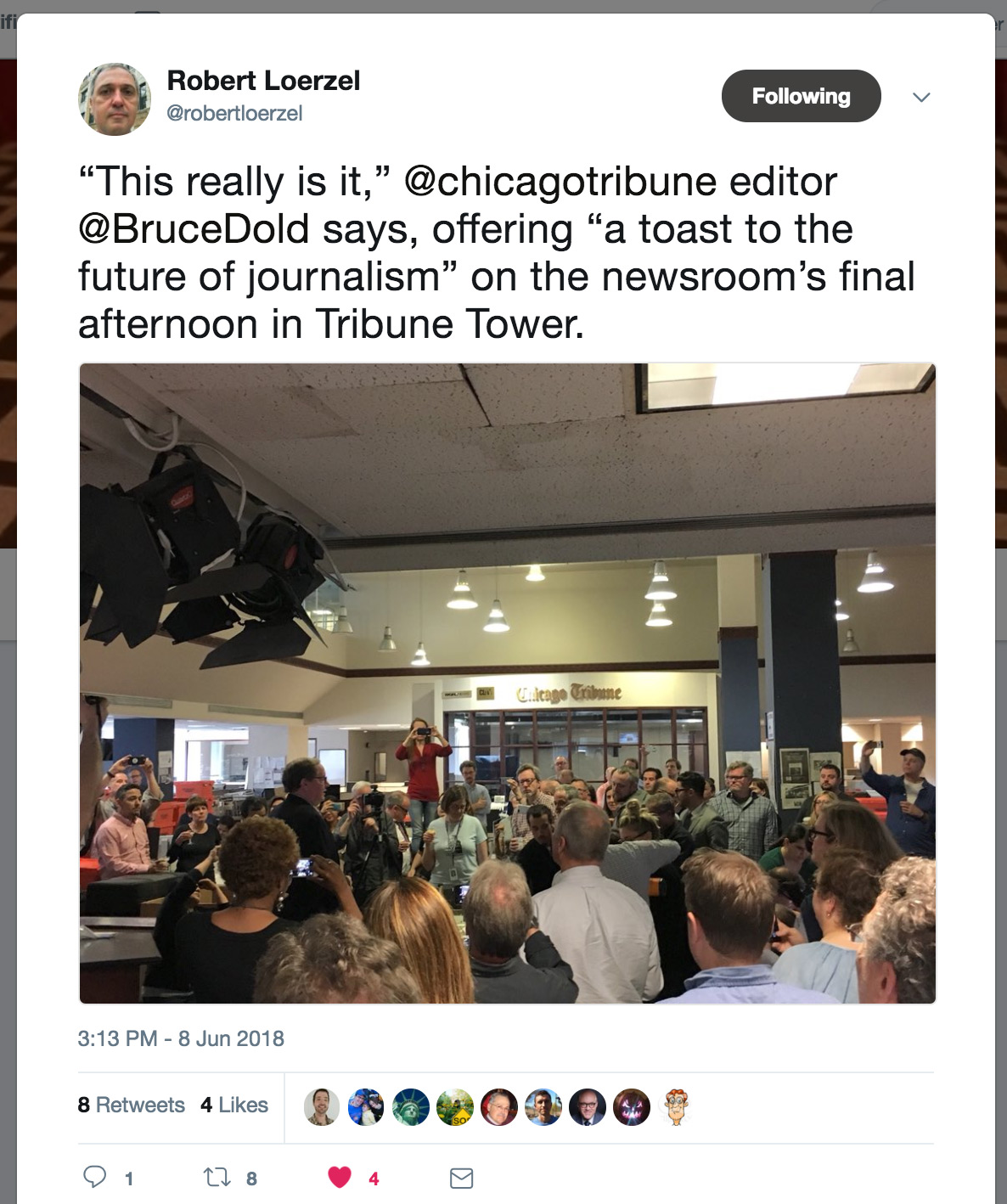 Well, I just happened to stumble upon the Chicago Tribune editorial floor right before the head editor gave a speech to the entire staff.

I work on the 3rd floor with the advertising staff of the Tribune. Editorial is on the 4th floor. I was getting a routine snack at the vending machine on the 3rd. While walking to the kitchen, I passed by the central staircase leading up to the 4th floor.

The Chicago Tribune editorial staff moves out a week before we do. I’ve been meaning to go up to their floor to see what it looks like. Especially now, since they are just two hours away from moving out. 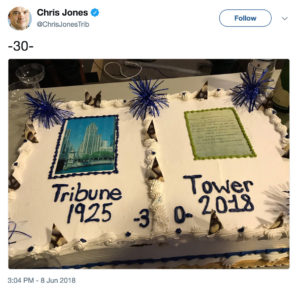 I walked up the staircase that I rarely ever use. Stepping onto their floor, barely anyone was their desk. Everyone was gathered in the middle of the floor waiting for the editor to give his speech. Champagne and cake were on the table.

Since I’m not part of the editorial team of the Chicago Tribune, I just stood off to the side. The architecture critic Blair Kamin was off to the side too. (I did not approach him)

Earlier today I wrote about why I’m not all that sad about moving out. But hearing Bruce’s speech did make my eyes water—and that somehow I magically happened to stumble upon this pivotal moment in Chicago news history.

In the tweet featured at the top of the post, Pulitzer-prize winner Mary Schmich (in red) is standing on the desk. I’m hidden behind the blue pillar on the right. 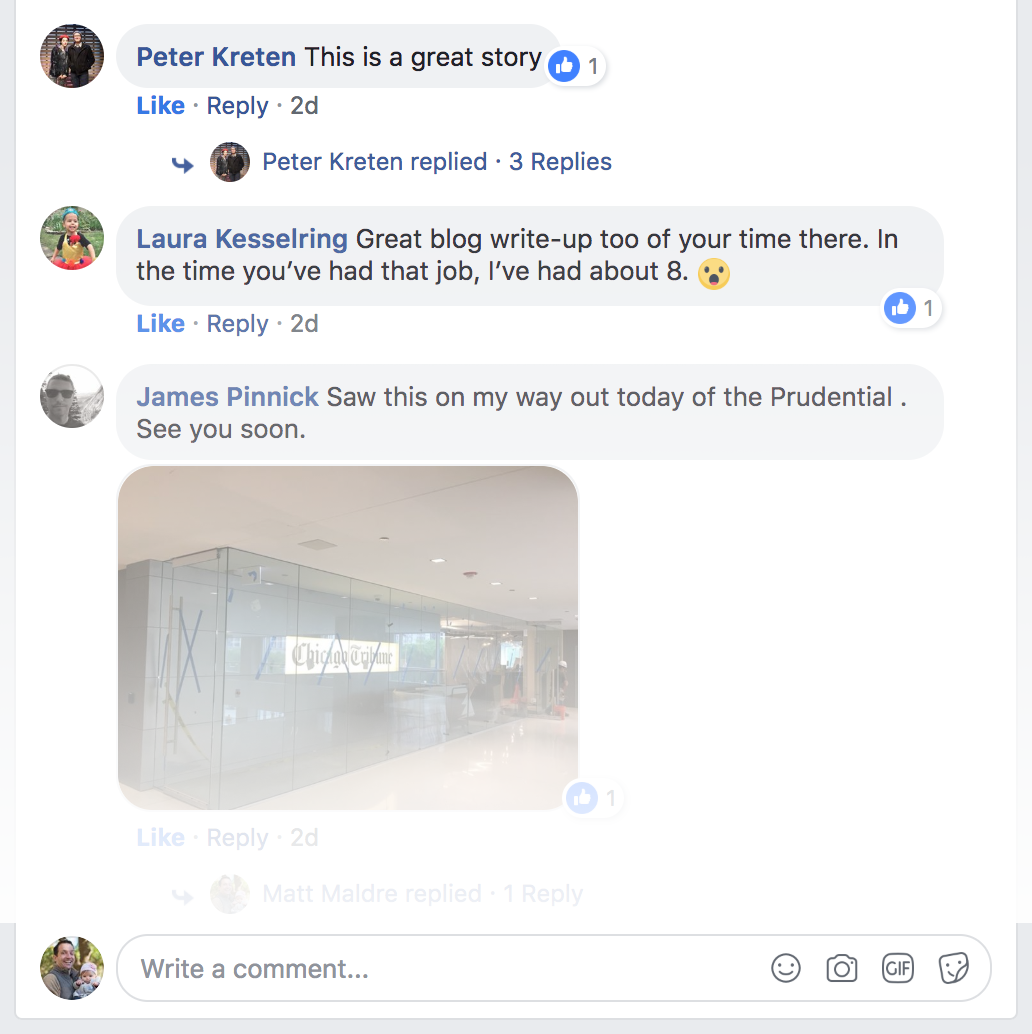