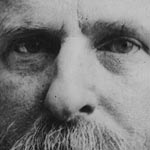 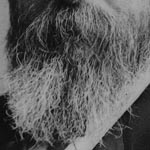 Yesterday we learned that the 19th President of the United States (1877-1881) Rutherford B. Hayes is the least searched-for president online. But now he is my favorite, because he loved to play croquet.

Here’s some more trivia about our nineteenth President of the United States (1877-1881):

Hayes won the presidential election by the House’s electoral college vote of 185-184, just fifty-six hours before the inauguration was to take place.

His wife, Lucy Webb Hayes, carried out orders from her husband to banish wine and liquor from the White House. Lucy was a member of the Women‚Äôs Christian Temperance Union and, as such served nothing stronger than lemonade at State Dinners. Her nickname was “Lemonade Lucy.”

Lucy Webb Hayes was the first wife of a president to be known as the “First Lady.”

Hayes signed a bill that made it possible for women lawyers to appear before the U.S. Supreme Court.

Rutherford B. Hayes allowed the first Egg Roll on the White House lawn.

what’s with the close-up of his beard? I’m guessing it’s because you use a standard size (150×150 pixels) for your blog posts

That is the Rutherford B. Hayes beard! C’mon that in itself is worthy of trivia. “For the record, Rutherford Hayes (1877-81) had the longest beard” from: http://www.quikshave.com/smooth.htm

oh-ho-ho! Another worshiper of RUTHERFRAUD B. Hayes! PS — Lucy sounds cool. WCTU was a huge step forward for the women’s rights movement and a major influence on NAWSA (National American Woman Suffrage Association).