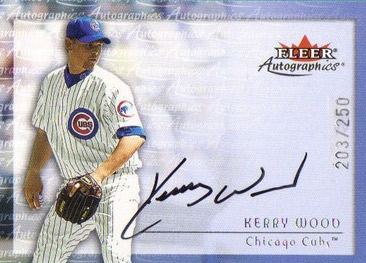 With Kerry Wood retiring in the middle of the season, he won’t have any more stats for fantasy baseball leagues. But what if there was some sort of retirement league?

Stats could be kept on:

— Appearances at the ballpark

— Number of times the person appears on camera on TV while at the ballpark. (Scottie Pippen would rule at this in the retired basketball league)

What other statistics could be used for retired players?