Who are the first ten people to follow you on Twitter? How many of those accounts are now inactive? Five of the first ten accounts to follow @spudart haven’t tweeted since 2010. Whoa! Over six years!

The dates of their last tweets:

Here’s a fun game: find people who haven’t tweeted since 2009 and reply to their last tweet. I went to the five inactive people who followed me over six years ago, and responded to their most recent tweet: 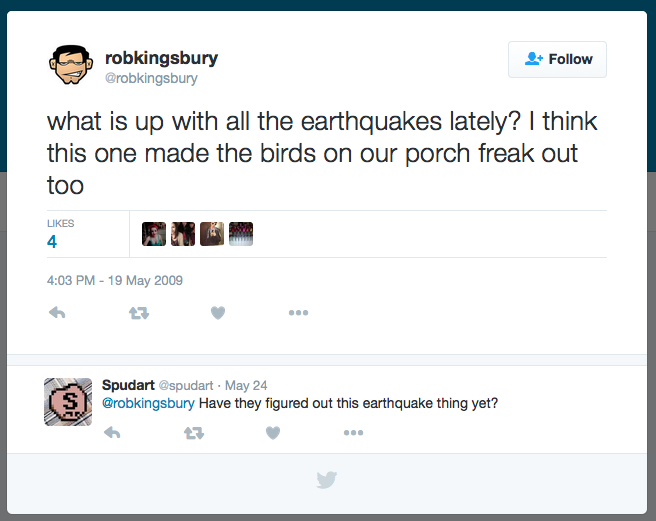 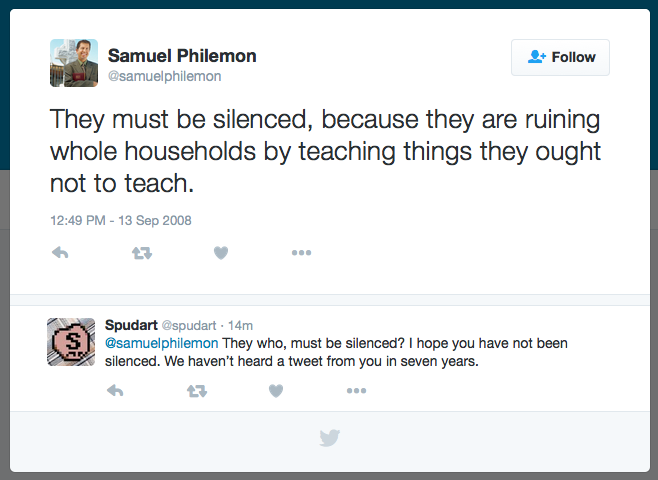 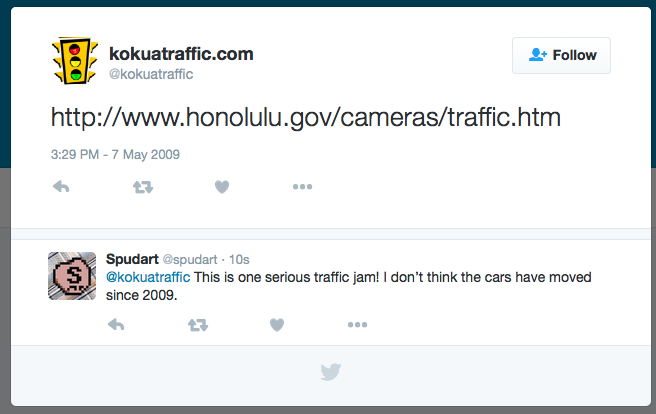