How is it possible that the hashtag #awesomemonkeypower does not exist on Instagram? 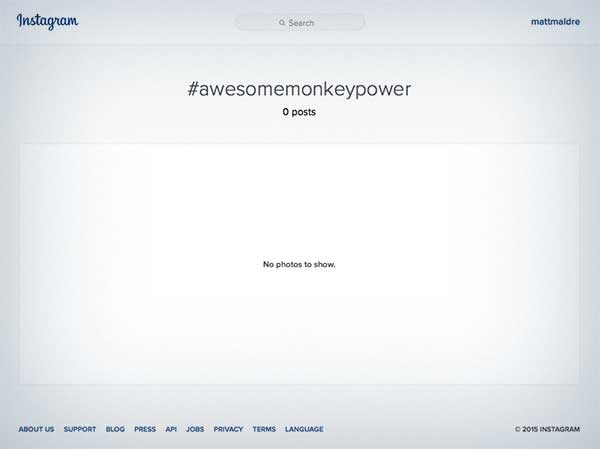 Only seven results on Google. 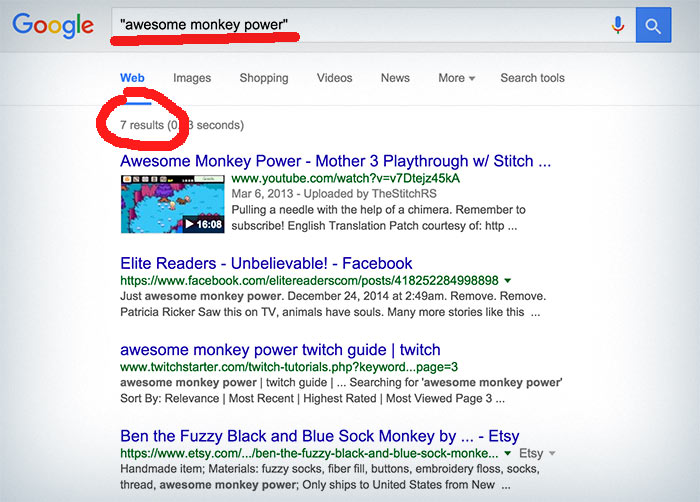 “Awesome monkey power” hasn’t been used on Twitter since 2013–and just once during that year. And one time for 2012 and 2011. Technically the phrase isn’t even used on twitter, because it’s cut across two separate sentences. 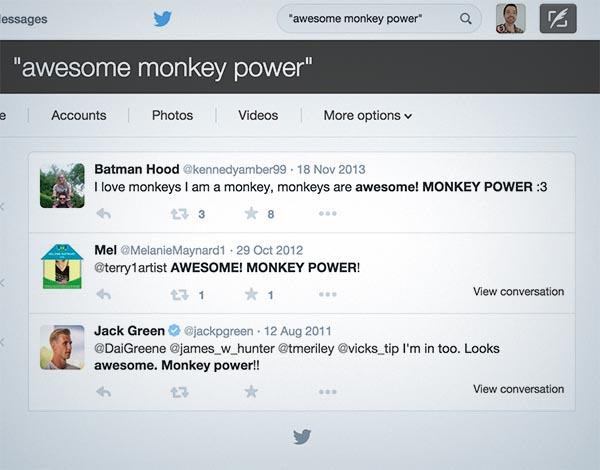 A little over a month later:

Google got a lot more results, but not the others.